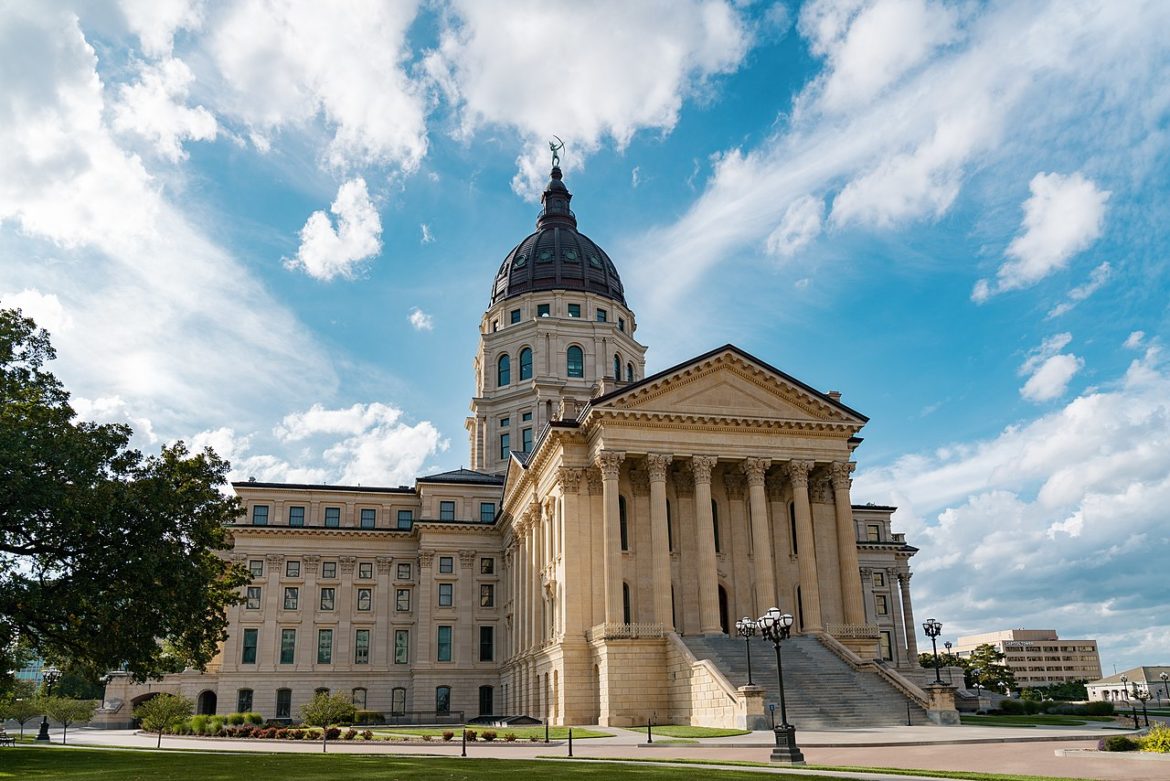 The Kansas Statehouse in Topeka.

After gaining traction in the West, proposals to help utilities finance early retirement for coal-fired power plants have moved into the Midwest.

State lawmakers introduced bills in Kansas (SB 198) and Missouri (SB 289) this year to facilitate a type of refinancing for aging power plants known as securitization. While the legislation isn’t expected to pass, it has opened the door to discussions.

Securitization works similar to refinancing a home. A utility that’s still paying off what it borrowed to build a power plant is allowed to repackage the debt as bonds backed by a ratepayer guarantee. The result is a significantly lower interest rate, typically around 3%-4% compared to 7%-8% for conventional debt.

The tool was first used by utilities during the 1990s to help clean up financial books in advance of deregulation in several states. Today, it’s resurfaced as a potential solution to help lessen the financial sting of closing coal-fired plants.

New Mexico recently passed a bill approving the use of securitization for an uneconomic coal plant, and Colorado is considering something similar.

“That’s the new twist on it,” said Jeremy Richardson, a senior energy analyst for the Union of Concerned Scientists who has made the case for securitization to help communities transition from coal.

Despite the potential, ratepayer-backed bonds never have been used to refinance coal plants, according to Jeremy Fisher, a technical adviser with the Sierra Club. However, he predicted that day is drawing nearer. The New Mexico legislation specifically targets using securitization to finance early closure of the San Juan Generating Station.

Utilities have used the bonds for a variety other of purposes including financing pollution-control equipment and repairs after massive storms. Duke Energy Florida issued ratepayer bonds a few years ago to retire a nuclear plant damaged by some repair work.

Zack Pistora, who lobbies the Kansas Legislature for the Sierra Club, is keen to see securitization become a tool for Kansas utilities.

“By refinancing existing capital asset loans, we can save ratepayers money and transfer capital away from outdated energy infrastructure to new, lower-cost conservation and renewable energy projects,” he said.

Utilities generally may issue ratepayer-backed bonds only with the approval of their state utility regulator. The sale of bonds transfers outstanding debt on certain utility assets to a third party, which lists as a separate item on utility bills. Because of the lower interest rate, utility customers should see costs reduced.

The implications for utilities are less clear cut. A substantial portion of utility profits in regulated states come in the form of a “rate of return” on money invested in assets, usually for either generating or distributing power. At a Kansas legislative committee hearing in March, representatives from two utilities made clear that securitization would not serve the utility’s interests.

“Securitization as proposed in SB 198 … would fundamentally alter the regulatory compact upon which utilities and their customers have relied for a century,” Chuck Caisley, senior vice president for marketing and public affairs for Evergy, told the committee. The company resulted from the recent merger of Westar and Kansas City Power & Light. The bill, he continued, “could negatively impact investor-owned utilities’ ability to cost-effectively attract capital needed to fund current and future investments in generation and the electrical grid.”

Although the bill went no further than a committee hearing, Pistora said several legislators were intrigued by what securitization might do for constituents.

“They like the idea of immediately cutting electric rates,” he said. “Refinancing can happen immediately compared to some other ways to bring down rates.”

The Legislature did approve a bill that will provide funding to hire a consultant to study the high price of electricity and ways — including securitization — to reduce it.

The sale of ratepayer bonds to cover debt payments would mean that portion of a power plant or other asset no longer would count as part of that utility’s current capital investments which, in turn, are the basis for a large part of a regulated utility’s profit.

However, the utility would have access to newly available investment funds that it could put into a different, more economical asset such as a wind farm or solar array. That could raise other issues, though, according to Richardson.

“When a power plant closes, the utility might want to own whatever replaces it,” Richardson said. “They don’t want capital sitting around. They want to invest in something. Some people say they shouldn’t have guaranteed ownership. That is also a point of contention.”

The rapid changes in energy technology, and the tumbling prices of wind and solar energy relative to power from coal, have left utilities in a difficult spot, said the Sierra Club’s Fisher. “If you’re holding onto something that is not in the ratepayer’s best interest,” he said, “you have three options — and none of them is especially attractive.”

A utility can accelerate the depreciation on the asset, which would lead to a spike in rates. Or the utility could spread the cost over many more years than it actually plans to use the asset, which could be challenged by customers or regulators. Or the utility could just take the power plant off the books — meaning that shareholders would have to cover the cost of an unused power plant.

“It leaves you in a pickle if you’re a utility or the regulator or, frankly, the consumer. Securitization takes some of the problematic aspects and softens them substantially.”