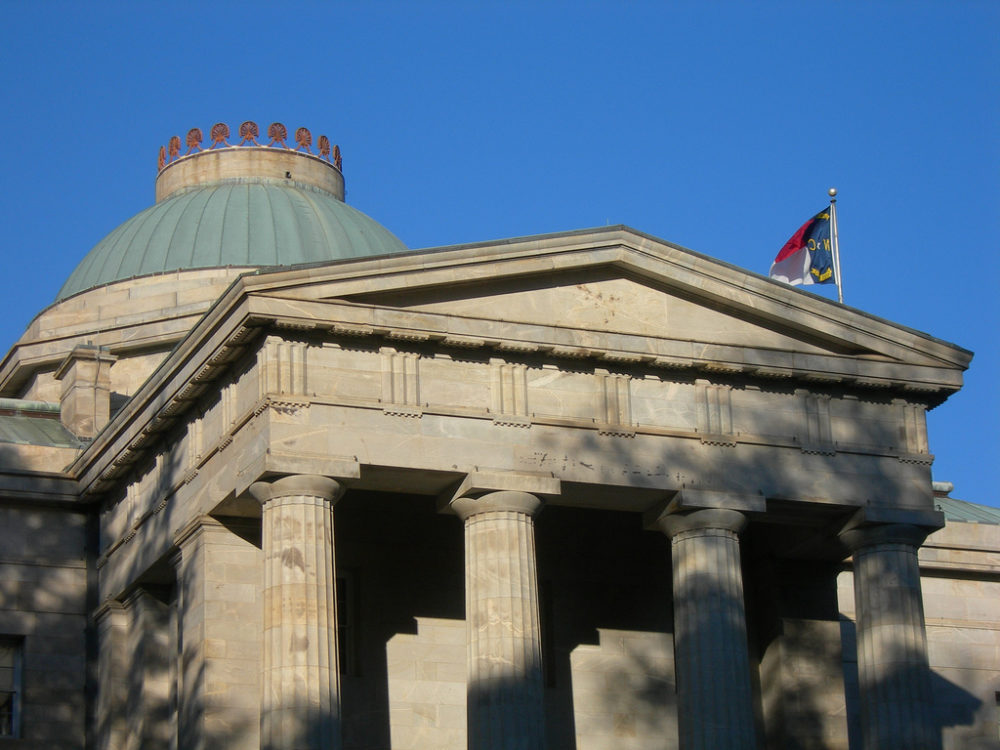 The North Carolina Statehouse in Raleigh.

North Carolina Gov. Roy Cooper has nominated three new people to join the state’s utility regulatory board, a move that could fundamentally reshape the commission that oversees Duke Energy and enforces the state’s renewable energy laws.

In a statement released Wednesday, Cooper named state Sen. Floyd McKissick, a fellow Democrat from Durham; Kimberly Duffley, a senior staff attorney for the commission; and Jeff Hughes, an engineer and environmental finance expert at the University of North Carolina at Chapel Hill.

Cooper also reappointed the state’s chief ratepayer advocate, Chris Ayers, who holds some sway over the utility board’s decisions. All four appointments await approval from the state’s Republican-led General Assembly and could take effect as soon as July 1.

Cooper’s nominations line up with calls from clean energy activists, who had said the utility board’s chair, Ed Finley — along with two other members with expiring terms, James Patterson and Jerry Dockham — too often side with electric companies and should be replaced.

If lawmakers confirm the governor’s picks, six Cooper appointees will sit on the seven-member board through at least 2023 as it navigates a thicket of controversial policy issues including coal ash cleanup, grid modernization, and the best role for a regulated monopoly like Duke Energy in an increasingly distributed electricity market.

How big the “if” is and how quickly legislators act remains to be seen, but the governor’s choices appear carefully made.

McKissick, a lawyer by trade, is a six-term legislator with an 80% lifetime score from the North Carolina League of Conservation Voters. If history is any guide, he’ll be the first to be confirmed by his colleagues; two years ago, Commissioner Dan Clodfelter, a former state senator, was the only Cooper appointee to win approval by July 1.

Duffley has served as an attorney for the commission for over seven years, according to her LinkedIn page. Before that she worked for 12 years in the environmental division of the state’s Department of Justice, most of that time under Cooper, the former attorney general.

“She has all the legal knowledge,” said Diane Cherry, a consultant on energy and environmental issues and an adjunct faculty member at North Carolina State University. “She’s able to serve as someone who actually worked for the commission as an attorney.”

Cherry also praised the appointment of Hughes, who has over two decades built up the Environmental Finance Center at UNC-Chapel Hill as a valuable source of technical assistance for local governments implementing clean energy and clean water programs.

“He has both the practical experience of working with people directly and the academic big picture,” Cherry said.

The commission could play a central role in implementing Cooper’s executive order on climate, which calls for cutting global warming pollution in the state 40% by 2025. But he made no mention of that in a press release announcing his appointments for the utility board and other state commissions.

“These commissions make critical decisions that impact the everyday lives of people in our state,” Cooper said. “I’m appointing well-qualified members who will keep North Carolinians’ best interests in mind.”