Photo By
Beyond My Ken / Wikimedia Commons 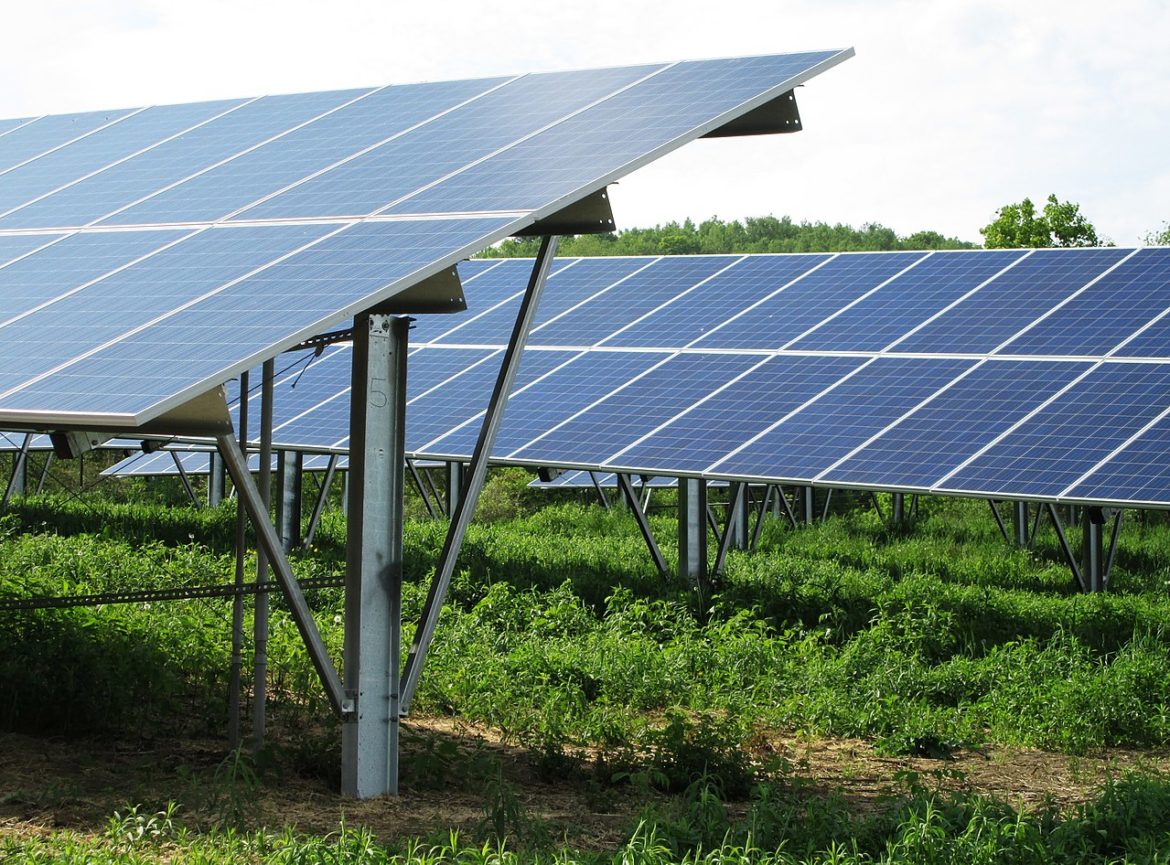 Beyond My Ken / Wikimedia Commons

A solar array in Guilford, Vermont. A 2-year-old policy meant to steer new solar projects toward landfills and brownfields appears to be working: more than 100 applications for projects seeking to qualify for the program have been submitted since July 2017.

State regulators have received more than 100 applications from developers seeking to qualify under the policy.

A Vermont policy meant to steer solar projects away from undeveloped and agricultural land appears to be working two years after it was implemented.

Solar developers under the rules can earn a premium rate by building smaller projects sited on landfills, sandpits and other less desirable properties.

Since state regulators made the change in July 2017, they’ve received more than 100 applications for projects seeking to qualify for the program.

State officials are now taking input on how they could potentially expand or refine the program to cover factors such as tree clearing and grid congestion.

A recent example is a 500-kilowatt array built by Encore as part of a new headquarters and woodyard for forest management company Long View Forest. The project was built on a 28-acre remediated brownfield in Hartland that was formerly used as a sawmill and lumber treatment facility.

As solar energy gained popularity and larger projects became more visible earlier this decade, some officials and residents worried about losing prime farmland and unaltered greenspace to development. Following a legislative mandate a few years ago, regulators studied ways to revamp the net metering programs that had led to the solar boom.

“The former net-metering program provided comparable economic incentives for all net-metering systems regardless of their environmental siting impacts. As a result, net-metering systems have disproportionately been sited in undeveloped fields and forests because greenfield sites cost less to develop,” the Public Utility Commission wrote in 2017.

The locations are attractive to utilities, as the sites are often in developed areas, where they are close to load and transmission infrastructure. “Utilities are also motivated to have projects located in areas where there is higher demand, often near an old factory site,” Farrell said.

The sites do present challenges and additional costs in both development and construction. Landfill projects tend to be 10% to 15% more expensive to build than projects on undeveloped land. “We needed to make sure legislators and regulators know there is a slight cost premium for doing projects on those sites,” Farrell said.

Environmental permits add time and expense, and construction presents other challenges. Site stability and ground settling over time is a concern. “You have to show the presence of a solar array won’t compromise the 3- to 4-foot material and the soil protective cap” or cause other problems that might exacerbate contamination, Farrell said.

Construction posts can’t be driven into the ground the way other sites allow, so panels and supports are installed on top of ballast blocks, concrete structures that distribute weight more evenly. More labor is required as trucks carrying materials cannot be driven over the work site.

The incentives for qualified projects are determined by a three-step set of qualifying factors. Under the most advantageous scenario, preferred sites of up to 150 kilowatts, an extra cent per kilowatt-hour paid is paid to project owners in the state’s net-metering programs.

Sites between 150 kilowatts and 500 kilowatts are paid a lower net metering rate, but the site size is a benefit. The rules prohibit developments 500 kilowatts or larger from being built on greenfields.

“Developers consider the overall compensation and compare that with the economics of scale they achieve by building a larger project,” said Anne Margolis, renewable energy development manager at the Department of Public Service.

Vermont’s Agency of Natural Resources, which includes environmental regulation and is asked to weigh in on the projects, has had more than 100 utility Certificates for Public Good applications referred to it since July 2017. They include three parking lot canopies, five landfills and 11 mineral extraction sites.

The Public Utility Commission said communities can define what a preferred site may look like, with the municipality often requiring additional buffering to shield the site from public view. But clarity around that idea is one of many elements of net metering that has been elusive.

Vermont regulators just opened a proceeding to clarify net metering rules, including those for preferred sites. The commission is seeking comments on further refinements of its definitions and to what extent tree-clearing or grid-constrained areas may play.

Farrell sees more activity in the Northeast given that there are more post-industrial sites close to load centers that are available and population density creates greater competition for open land. Encore is pursuing similar projects in New Hampshire and Maine where it sees a robust market for such sites, but the regulatory regime hasn’t caught up to its neighbors.

Correction: Anne Margolis works for the Department of Public Service. A previous version of this article misstated Margolis’ employer.