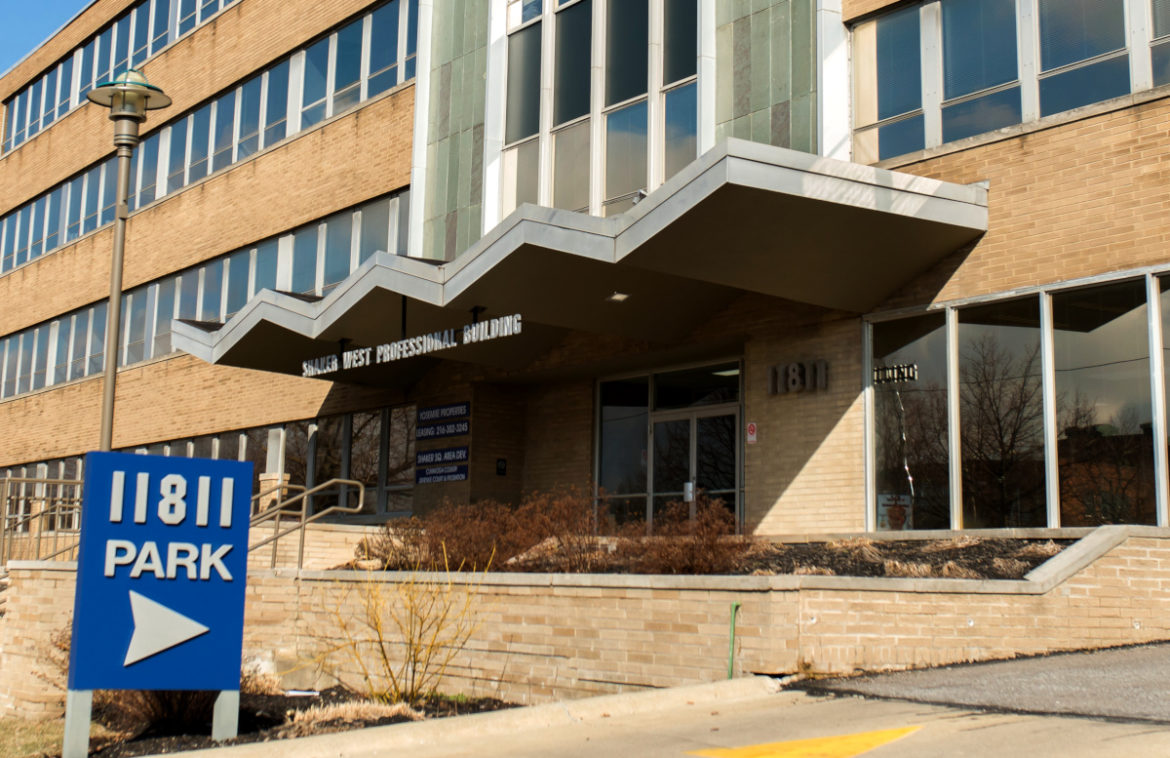 The Shaker West Professional Building is the first project in Cleveland completed under commercial PACE financing.

Creative financing and lease terms show how building owners and tenants can both benefit from energy efficiency.

The Cleveland area’s first project financed through Commercial Property Assessed Clean Energy is on track to be completed next month.

The energy efficiency upgrades at the Shaker West Professional Building are happening thanks to C-PACE, as well as green leasing provisions that are helping the owner, Man Holdings, solve the “split incentive” problem common with energy projects involving tenant-occupied buildings.

The combination of green leasing with C-PACE lets small business tenants reap benefits from energy efficiency through lower utility bills, while the longer term and repayment arrangement help the landlord recoup its costs for the upgrades.

“There’s many reasons that it makes sense, both for attracting tenants and from a business standpoint,” said Man Holdings CEO Amanda Mayan.

Landlords often hesitate to make significant capital expenditures for energy efficiency unless they can quickly recoup their investment. When the landlord doesn’t pay utility bills, they also have less motivation.

Meanwhile, companies that rent space could readily change light bulbs, but other improvements might be beyond their control or call for changes to fixtures that would become part of the property and which the businesses couldn’t keep after their lease term ran out.

“We saw that the challenge of the split incentive was a barrier,” said Nicole Stika, vice president for energy services at COSE, the Greater Cleveland Partnership’s Council of Smaller Enterprises. Small business tenants “don’t necessarily want to invest in someone else’s building, even if they are paying their own utility bill,” she said.

The local chamber of commerce group teamed up with a national nonprofit to provide tools to make the project work for Mayan and her crew.

The Institute for Market Transformation, a Washington, D.C.-based nonprofit, was looking for ways to tackle that split incentive problem through green leasing. It developed model lease documents and other tools to encourage energy efficiency in buildings. To get businesses to adopt them, it has paired up with business organizations, such as COSE.

The Council of Smaller Enterprises is “seen as a trusted advisor for small businesses in northeast Ohio,” said Alexandra Harry, the institute’s program manager for private sector engagement. Beyond that, it was already well-connected in the energy efficiency field. As part of the local chamber of commerce, it began emphasizing energy efficiency for members ten years ago, soon after the 2008 adoption of Ohio’s initial clean energy standards.

“We’ve been working with companies of all sizes, from a small restaurant to a larger manufacturer,” Stika said. Energy audits play a key role in providing businesses with “firsthand knowledge about where their buildings are using energy and where they should be dedicating their time and resources,” she explained.

An energy audit backed by FirstEnergy’s Ohio utilities identified key projects in the four-story Shaker West building, built in 1965. The council also has a network of energy efficiency and renewable contractors, some of whom provide discounts to its members. Those discounts and energy efficiency rebates provided roughly $16,000 in benefits for Man Holdings.

Among other things, Man Holdings replaced an electric boiler with a more efficient one that runs on natural gas. The company replaced working but “horrifically inefficient” lighting panels with more energy-efficient ones, Mayan said.

“There was a surprising amount of heating and air conditioning outflow” through windows, so those were recaulked, she said. Special film was also added to windows to help the building stay warmer in the winter and cooler in the summer. Solar panels are going on the roof.

After acquiring the building for roughly $750,000 in 2018, Man Holdings also wanted to make other renovations to update the overall feel and appearance of the building. Coordinating the energy upgrades with the other remodeling work worked well, Mayan said.

Working from IMT’s model lease provisions, Man Holdings’ lawyers tweaked terms to set clear expectations about tenants’ energy use, including details such as water use, periods for office air conditioning, and turning lights off at the end of the business day instead of leaving them on 24/7. The lease terms, plus the upgrades, are expected to cut energy expenses by 42%.

‘Doubled down’ on C-PACE

The C-PACE funding’s 20-year term also makes it feasible for Man Holdings to make the loan repayments as it receives rent payments from tenants. Under the financing, building owners can borrow money for renewable energy or energy efficiency projects. They then repay the principal and interest as an assessment on the property tax bill. Payments stretch out over a longer term than they would for a standard business loan. If the borrower sells the property, the obligation to make payments remains with the property.

The arrangement also speeds up the company’s ability to profit from the roughly $750,000 investment it made when it purchased the building last year, followed by about half a million dollars in renovations and improvements, including the energy upgrades.

“We liked PACE so much the first time that we’ve doubled down and done it again with another commercial acquisition,” Mayan said. Man Holdings just submitted its application to use C-PACE funding for a second commercial building on Shaker Blvd. in Cleveland. She expects the process for city council approval will proceed faster this time around.

An inducement letter will let her company start the energy upgrades in the meantime. The bulk of the project should be finished by the end of this summer, Mayan said.

Meanwhile, the Institute for Market Transformation has engaged with more than 500 other small businesses in five states. “Collectively we’ve uncovered about $4.5 million in potential energy savings,” Harry said.

Leasing arrangements can vary with the circumstances of each business owner’s situation, she noted. Landlords who might want to make a major capital improvement to boost energy efficiency could ask tenants to bear a share of the cost as consideration for their projected energy savings, for example. Conversely, small business tenants could ask landlords to share part of the cost for fixtures that would save businesses energy but be left behind. An extension of the lease term could also be part of such a deal, Harry suggested.

Mayan also sees energy efficiency as a way to reinvest in older commercial buildings for the benefit of both property owners and small business tenants. Compared to the cost of building from the ground up, her company is able to own a 45,000 square-foot building at a more favorable cost.

“We’re able to bring that economy to our tenants,” she said. “They can rent in an upgraded and well-maintained building that’s not going to cost as much as a brand new tower downtown might.”

“If you’re looking at office space and you don’t see those green energy upgrades, it’s a dialogue to have with the landlord,” she said. “There’s no reason that it shouldn’t be a priority for all of us.”