Photo By
Lucas Faria via the Department of Energy 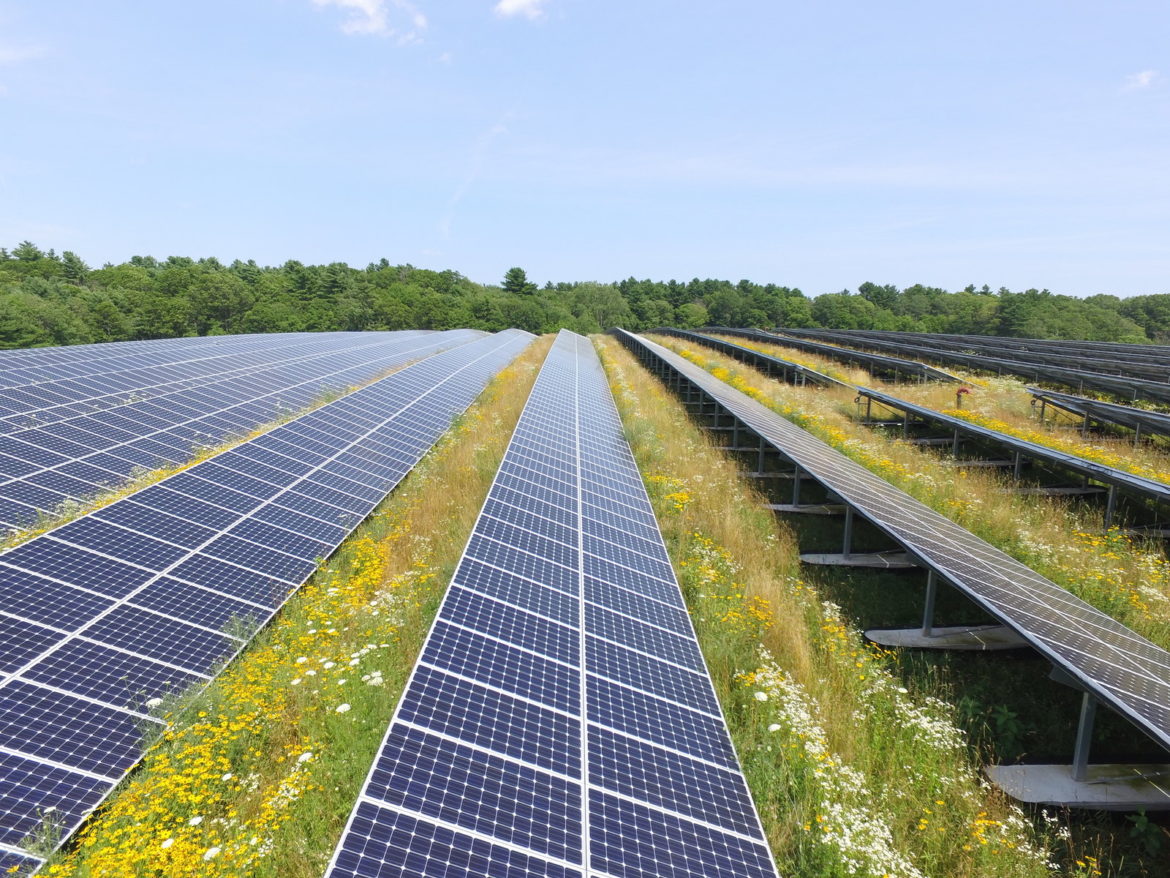 Lucas Faria via the Department of Energy

A solar farm atop a former landfill in Rehoboth, Massachusetts.

Critics are concerned that a planned change to Massachusetts’ solar incentive program will disproportionately benefit the western part of the state and make development of projects in low-income neighborhoods even more challenging.

The Solar Massachusetts Renewable Target (SMART) program was designed to spread benefits across five geographic areas based on utility territories. Each territory has its own capacity limit and base compensation rate.

A merger between the Western Massachusetts Electric Co. (WEMCo) and NSTAR Electric prompted state regulators last fall to propose combining their territories in one new area, with new limits and rates to be determined later.

The new territory would include large parts of southeast Massachusetts and greater Boston, along with western Massachusetts, where solar developers are already close to maxing out their incentives.

Solar industry leaders have objected to making such changes mid-program, when many projects have already been planned based on the original caps and rates. Others fear that combining the territories will shortchange low-income communities in the eastern part of the state.

“There’s a fairness issue,” said Constantino Nicolaou, chief executive of PanelClaw in North Andover, a major producer of mounting systems for rooftop solar panels. “And changing the rules after the fact is just bad for business in general — it doesn’t breed confidence in the future.”

In total, SMART will subsidize 1,600 MW of solar capacity. The program pays solar generators a fixed base rate per kilowatt-hour of power; projects can earn additional money — so-called “adders” — by including features the state would like to promote, such as building on brownfields or in conjunction with agriculture.

When SMART was designed, WEMCo and NSTAR were both subsidiaries of Eversource, though independent of each other. Therefore, each got its own allocation of capacity for the program.

At the end of 2017, however, the two utilities merged into one entity. The Massachusetts Department of Public Utilities (DPU), in its order approving the SMART program in September, ordered that the two Eversource territories should also merge.

“The DPU essentially threw most of the stakeholders a curveball,” said Dave Gahl, Northeast director of state affairs for the Solar Energy Industries Association. “Up to that point, that had never been discussed.”

A territory merger would upend a lot of the financial assumptions developers — and their investors — used to plan projects. And that kind of uncertainty could stall projects already under development and make financers skittish about future work in Massachusetts, some worry.

“The program was set up with certain understandings in place,” said Courtney Feeley Karp, an attorney at Klavens Law Group in Boston, where she specializes in energy issues. “It would cause confusion in the market to make changes at this stage.”

Furthermore, a merger could shift solar development from the more developed eastern part of the state to western Massachusetts, where greater availability of open space has helped bolster solar development.

Though SMART only opened to applications in November, nearly all of Eversource’s western Massachusetts block capacity has already been claimed and there is a waiting list for projects larger than 25 kW. However, in the eastern territory, where the program’s total capacity is 732 MW, more than 630 MW of capacity remains available.

“There’s a very direct consumer impact,” he said. “Basically, ratepayers in eastern Massachusetts will be paying for projects that are not in their own community.”

Furthermore, the move could hamper efforts to improve access to solar for low-income households, said Ben Underwood, president of operations for solar developer Resonant Energy. To qualify for a rate adder for serving low-income residents, a project must supply a high number of consumers in that category. These concentrations of low-income households are far more common in densely populated Boston-area neighborhoods than they are in the more rural west.

Already, Underwood said, incentives for serving low-income communities have not proven enough to channel development to these residents.

The merger would almost certainly mean lower base rates for the entire new territory, making it even harder to get low-income projects built in eastern Massachusetts. At the same time, rates would likely go up in the western region of the territory, making it yet more financially appealing.

In a November ruling, the DPU confirmed its desire for a complete merger of the territories and told Eversource to complete the unification by the end of 2019 or to submit updates outlining the steps it has taken to effect the change.

What comes next is unclear. SMART will soon undergo a planned program review; some merger opponents hope a change may be made during this process. Others would like to see Eversource delay the merger and take advantage of the provision of the order allowing for progress updates at the end of the year. Some in the industry are in conversation with the Department of Energy Resources, which originally set the rules for the SMART program, in the hopes that the department could use its authority to change the DPU’s plans.

Regardless of where the process goes from here, Gahl said, it is important that the merger date be far enough in the future to allow developers and investors to adequately plan for the new financial realities.

“If they give the market time to respond and understand what the plan is well in advance, then everyone has time to plan,” he said.