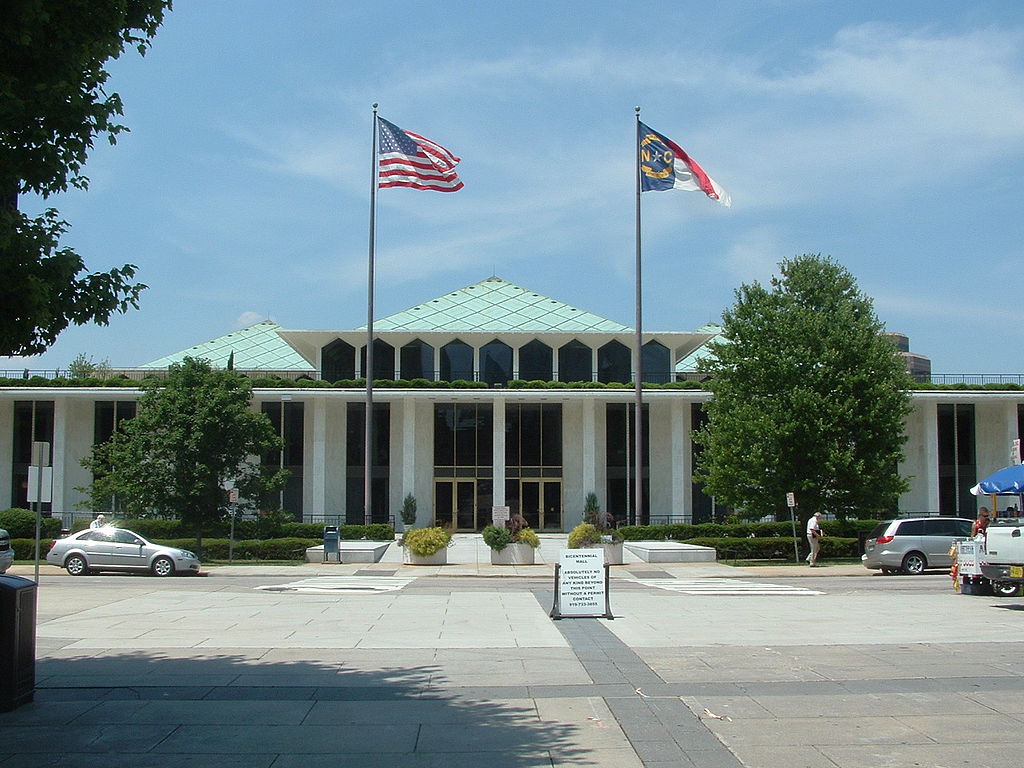 Clean energy advocates warned that the proposal could still resurface as an attachment to other legislation.

A contentious bill to ban wind farms in much of eastern North Carolina missed a key legislative deadline last week, but observers say the proposal could well reappear before lawmakers adjourn for the summer.

Senate Bill 377 would prohibit new wind turbines in an area reaching into more than 50 counties and covering nearly all of the state’s coastal plain, according to a study commissioned by the General Assembly that outlines military-related activities in the state.

The bill’s sponsors, led by Republican Senate Majority Leader Harry Brown of Onslow County, say the ban is crucial for preserving the state’s economically vital military industry, which could be downsized or moved to other states if 500-foot tall wind turbines begin to impede low-level flight training routes.

Critics counter that federal law requires the U.S. Department of Defense and local base commanders to sign off on proposed projects, while state law prevents wind development with “a significant adverse impact” on military installations.

The debate has become a perennial one in the Republican-controlled General Assembly, where Brown has introduced legislation to restrict wind turbines for three sessions in a row. But the GOP is divided on the issue, with many lawmakers arguing that clean energy comes with its own economic benefits and that restricting it interferes with private property rights.

“We are trying to operate in the 21st century using a 20th-century playbook,” said Steinburg, who won his 2018 primary even though his GOP opponent attacked his support for clean energy. “The dynamics have all changed.”

Steinburg has been a critic of S377, and for now his position appears to be prevailing. The bill gained approval from one committee earlier this month, but last week stalled in another, missing a May 9 deadline to clear the chamber in order to be eligible for the rest of the two-year session.

Even if it had passed the Senate, the ban was unlikely to become law by itself: The Republican-controlled House has stopped such measures before, and Democrats hold enough seats in both chambers to sustain an almost-certain veto from Democrat Gov. Roy Cooper.

That’s why wind energy proponents are still bracing for a bigger threat: Brown could try to attach the ban to the budget or other must-pass legislation. Two years ago, for example, he successfully tacked an 18-month wind moratorium onto an otherwise popular solar energy law.

Lawmakers and Cooper must agree on a budget by June 30 and they’ll likely be in session at least until then. So, advocates say they’re not out of the woods yet.

“Yes,” Katharine Kollins, president of the Southeastern Wind Coalition, said of Brown, “we think he will try to find another avenue to ban wind.”