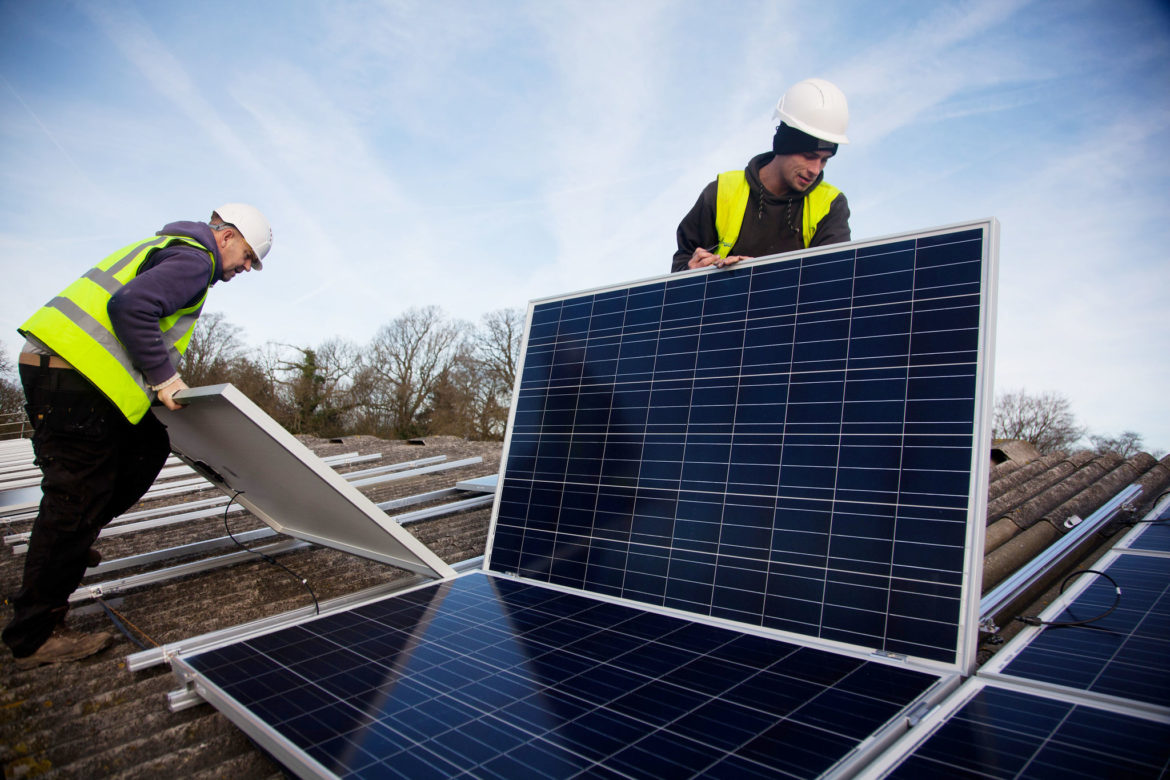 Among the barriers: privacy protections that make it hard to site projects that qualify for low-income incentives.

“This is really a pretty complex structural and intersectional problem,” said Ben Underwood, president of operations for Resonant Energy, a developer focused on building projects in underserved areas.

The Solar Massachusetts Renewable Target program launched in November. The initiative pays solar owners a base rate for every kilowatt-hour of power generated. Projects with features the state hopes to encourage — storage components or location on a brownfield, for example — earn additional money, known as an “adder.”

Developments that serve low-income populations can be compensated in one of two ways: Projects smaller than 25 kilowatts can receive a higher base rate, while larger projects are eligible for an adder worth an extra 3 to 6 cents per kilowatt-hour.

These incentives, however, are not enough to overcome serious issues with the economics and mechanics of the program, activists said. As of mid-March, projects eligible for low-income rates or adders made up just 2.3% of the capacity applied for in the program. Just 193 of more than 5,600 projects fell into a low-income category.

This disparity doesn’t surprise Carl Baty, a resident of Boston’s Dorchester neighborhood who runs a nonprofit out of his home with his wife, Arnetta. The couple has been unable to pursue solar because of the cost they would incur to remove trees shading their roof.

One major reason low-income residents are being underserved by the Solar Massachusetts Renewable Target (SMART) program is the criteria the program uses to determine whether a project qualifies as serving a low-income population, said Emily Rochon, one of the founders of MassSolar, an organization that advocates for equity in renewable energy.

Because many residents of low-income neighborhoods live in apartments or multi-family buildings, many of the opportunities for solar development involve community solar projects. A development is considered eligible for the low-income adder if more than half of the power it generates is sold to households on the discount electricity rate, known as the R2.

However, information about residents receiving the R2 rate is largely confidential, making it time-consuming and burdensome to find eligible households and determine their interest in participating.

“There’s no way to do that short of knocking on doors,” Rochon said. “It’s a bit of a needle in a haystack to find these people and determine if you have critical mass to build a particular project in a particular location.”

Furthermore, Rochon said, there are thousands of residents in the state who would be income-eligible for the R2 rate, but who are not enrolled. SMART’s criteria for the low-income adder, therefore, is missing many of the people it is meant to serve.

Even when enough consumers on the R2 rate can be assembled, financing becomes a problem. Low-income populations, on average, have lower credit scores, and most lenders are reluctant to invest in a project supported largely by consumers with weak credit.

“It is all but impossible to get project financing where an appreciable amount of the offtakers are low-income people,” Underwood said.

The structure of the program further complicates the economic issues. SMART is organized into what is called a “declining block” structure. The first wave of projects to apply receive the highest compensation, with rates declining 4% each time a block — 200 megawatts of capacity — is approved.

So every time a block fills, it becomes even harder for a low-income project to make the numbers work. And this problem is made worse by how popular the program has proven.

“The program has filled up so fast that even if there was enough money on the table in the beginning, there definitely isn’t now,” Rochon said.

Another stumbling block is the law’s requirement that low-income households drawing energy from a SMART-funded project sign a contract. There is a history of competitive electricity suppliers preying on residents of these areas, promising low rates to lure people into signing contracts. Yet, on average, those who switched ended up paying far more than they were before. The result is a legacy of distrust when outsiders show up promising a great deal on electricity prices, Underwood said.

“When people knock on their door with an energy contract, they look at them, and rightfully so, with some doubt,” he said.

Even when low-income homeowners try to put solar on their own roofs, the older properties that are common in these neighborhoods often need tree removal, roof repair, or other work to make them solar-ready. Because SMART payments only begin once a project is up and running, homeowners without the resources to take care of these costly issues upfront are unable to take advantage.

“A lot of people would love to have [solar], but it doesn’t come with the provisions they need in order to have it,” Arnetta Baty said.

Low-income advocates have suggestions for ways to tweak the program to mitigate some of these problems. They would like to see the requirement that low-income consumers sign a contract removed, a step they say will make it easier to secure the trust and participation of residents.

Furthermore, instead of using the R2 rate as the standard for low-income eligibility, advocates suggest using the state’s environmental justice maps, which use demographic information to identify neighborhoods that are at high risk for negative environmental effects, along with a requirement that the population served have a median income 80% or less than the state’s median income. By switching to a standard based on publicly available data, the state could remove a major barrier to finding interested consumers.

The Department of Environmental Resources will soon begin its first official review of the SMART program, mandated after the first 400 MW of capacity are approved, and has already started informal conversations with stakeholders. The department has confirmed it will review the participation of low-income residents of the program and will make recommendations on how to expand access for low-income residents.

Advocates are fighting for change, but have concerns about how much impact they can make. Carl Baty argues that a long history of racism has helped mire many minority communities in circumstances that can’t be remedied by tweaking a few regulations. And Rochon wonders whether the current administration has the political appetite for meaningful change.

“We don’t know where we’re going to end up,” she said.

Correction: Ben Underwood is president of operations for Resonant Energy. A previous version of this article misstated the name of the company.