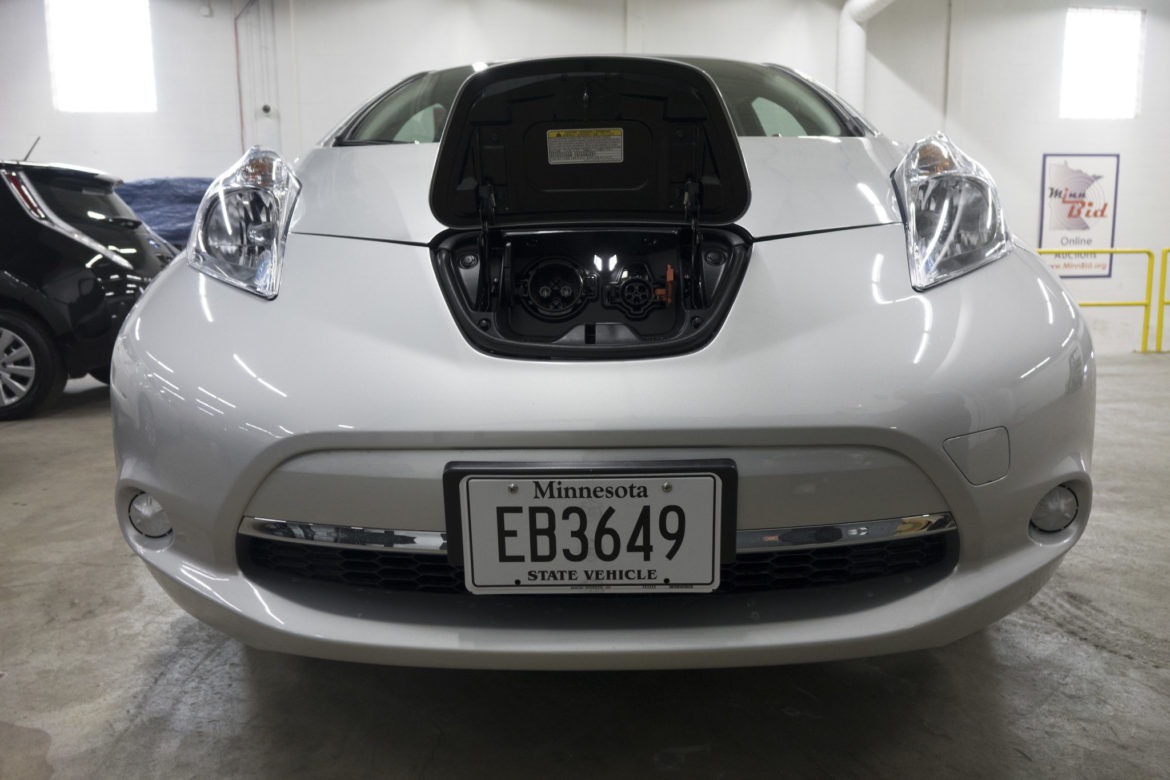 A Nissan Leaf, part of a Minnesota state fleet.

Two national advocacy groups are critical of how states have allocated money from the Volkswagen settlement.

The U.S. Public Interest Research Group Education Fund and the Environment America Research & Policy Center created a scorecard to grade states on how they are allocating money from the settlement. Most states earned D or F grades for allowing money to be spent on diesel and other fossil fuel vehicles.

The VW settlement stems from an agreement federal authorities forged with the German automaker three years ago. Among the conditions was that the company fund a $3 billion environmental mitigation trust that would be shared by every state and territory.

The settlement limits what states can invest in and caps the amount of money they can devote to each of a defined number of categories. It does not prohibit states from funding cleaner-burning fossil fuel vehicles, nor does it require them to invest in electric vehicles or charging infrastructure.

Since most states have not begun spending the settlement money, Casale said he hopes the report can encourage states to change direction and reallocate funds toward vehicle electrification.

An agency document reveals that 182 school buses will be bought through the settlement money, none of them electric. Instead, they will be powered by diesel or propane.

Organizations receiving grants can buy more fossil fuel vehicles than electric ones with the same amount of money, Schaefer said.

At least the state’s decision to fund charging infrastructure is an important move in the right direction, he said.

The program’s second phase could offer bigger, if fewer, grants to pay for electric vehicle purchases. “My hope is that they’ll look at this and dedicate more funding to making public vehicles more electric and make these large construction and other non-consumer vehicles electric as well,” Schaefer said.

Some states’ ratings may improve due to political change.

Wisconsin received just one out of eight available points. The election of Democratic Gov. Tony Evers, however, could move the state toward purchasing electric vehicles for its own fleet and starting a build-out of a charging network.

Peter Skopec, director of the Wisconsin Public Interest Research Group and WISPIRG Foundation, said seven Wisconsin transit agencies decided to use the VW money to buy diesel buses instead of more expensive electric buses. The state has underfunded transit agencies for many years, he said, leading those communities to invest in less expensive diesel buses. The one exception, the city of Racine, will buy six electric buses with the settlement money.

State and local government agencies will likely start replacing fleets with electric vehicles and some transit agencies may decide to apply for electric buses in the second phase of funding, he said.

“It was disappointing Wisconsin gets an F for its plan so far, but there’s still a lot of potential to do good with VW settlement both in the part of the plan that’s been decided and the third of the money that is still left,” Skopec said.

The U.S. Public Interest Research Group Education Fund determined that Washington and Hawaii have the best plans. Other states could more closely follow what those states are doing to electrify their transportation system, he said.