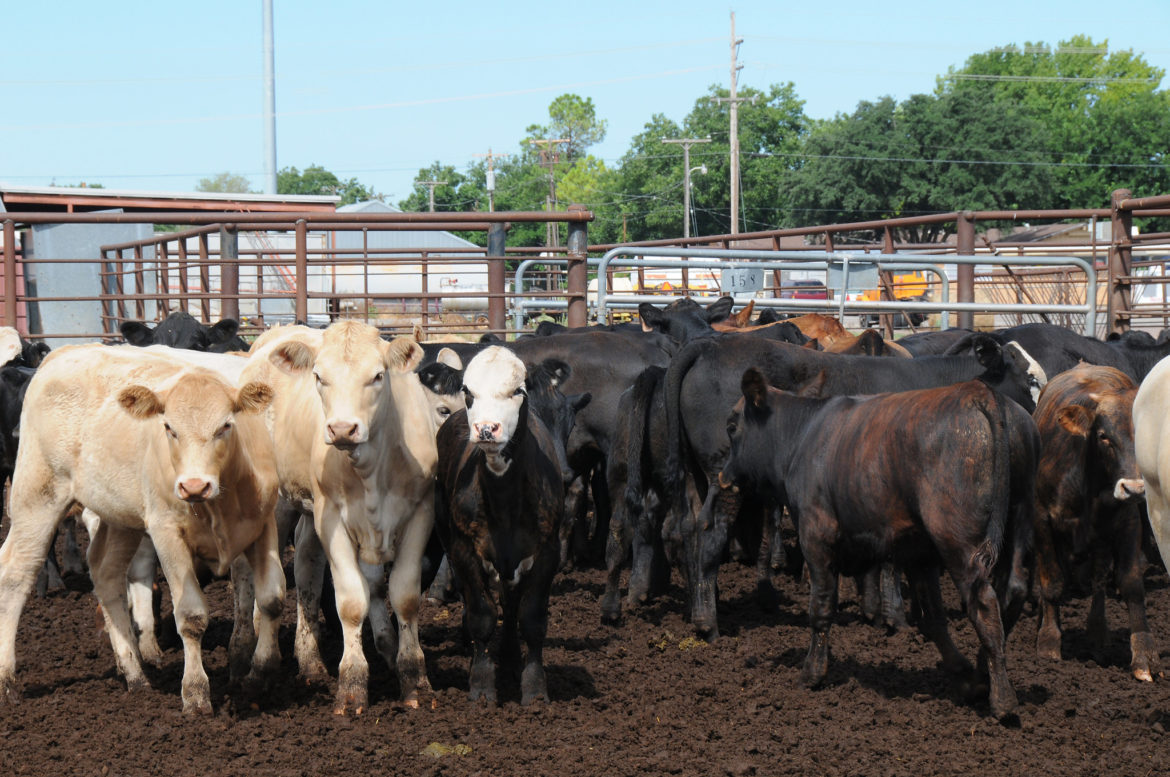 Beef cattle wait in a feedlot.

A federal grant is helping the farming entrepreneur devise a shading system for cattle that incorporates solar panels.

Solar panels are already a common sight on hog and poultry confinement barns in the Midwest. They could be coming soon to cattle feedlots as well.

A Nebraska entrepreneur snagged a $200,000 federal grant to devise a solar array that could double as a shade structure in a cattle feedlot. Mitch Minarick, the founder of FarmAfield, believes his concept can address two needs simultaneously.

“People are putting up shading systems for their cattle,” he said. “They’re already putting something in the pen that can be an obstruction. If they’re going to do that, they should definitely check out solar.”

Research bears out the benefits of shade for beef and dairy cattle. Beef cattle with access to shade can gain in the neighborhood of one extra pound per day, according to a study from the University of Kentucky. Researchers at the University of Arkansas found that artificial shade structures enhanced weight gain by about 20%.

Cattle feedlots also use substantial amounts of electricity to pump water and run fans — easily in the range of $100,000 worth annually, according to Minarick — that can be offset partly or entirely by solar panels. With this initial grant, Minarick wants to determine whether he can set up a large structure in the midst of a herd of cattle without interfering with operations.

He said that feedlot operators with whom he’s spoken need to be able to clean out pens and move cattle, and “want to be sure it’s not too obtrusive. We want to make sure it doesn’t disrupt their normal management.”

Minarick, who grew up on a Nebraska family farm, thinks he can attach the roof and solar panels to existing long concrete feeding troughs. If his initial experiment succeeds, he said he likely will qualify for a second grant that could be as much as $1.1 million. That would support the construction of a prototype.

While solar shade structures seem to be a fairly new idea in the Midwest, Minarick said they’ve been employed elsewhere. The concept of a single structure providing shade and solar energy is widely embraced in many hot and sunny locations, like California and Arizona.

Minarick said he’s spoken to some feedlot operators about his concept.

“Generally they’re open to the idea,” he said. “They are busy people. They want to know, ‘What does it mean in terms of extra work and extra cost for us?’ That’s what we’ll deliver to them.”

Depending on the size of the arrays, Minarick said the feedlot owners might net meter any excess production. He hasn’t determined yet what size would be optimal.

Another issue for feedlot owners, he said, is sourcing the funds upfront to install the solar systems.

“They are very interested if we can bring in investment partners for them,” he said.

Minarick already has a strategy for that. His company, FarmAfield, is an agricultural technology firm that devised a digital system for partnering agricultural operations with investors interested in a more intimate relationship with their food source. FarmAfield’s system allows people to invest amounts large and small into livestock operations.

He foresees that people who’ve invested in the animals themselves might be interested in making those same animals more comfortable — by investing in a shading system topped with solar panels.

Although the grant doesn’t extend to the digital fundraising aspect of this initiative, Minarick said, “Someday we think there could be some synergies there. But that’s a long-term thing.”

Minarick suspects there could be solar energy supporters who want a more intimate connection with their community solar field. People like his father, for example, who recently bought a share in a new solar subscription option offered by the Omaha Public Power District.

“He liked the idea, but it’s pretty abstract,” Minarick said. “It’s not the connectedness that he was hoping for. He wants something a little more tangible. Someone like him would be motivated by this. It’s smaller. You feel it a bit. It’s more yours.”