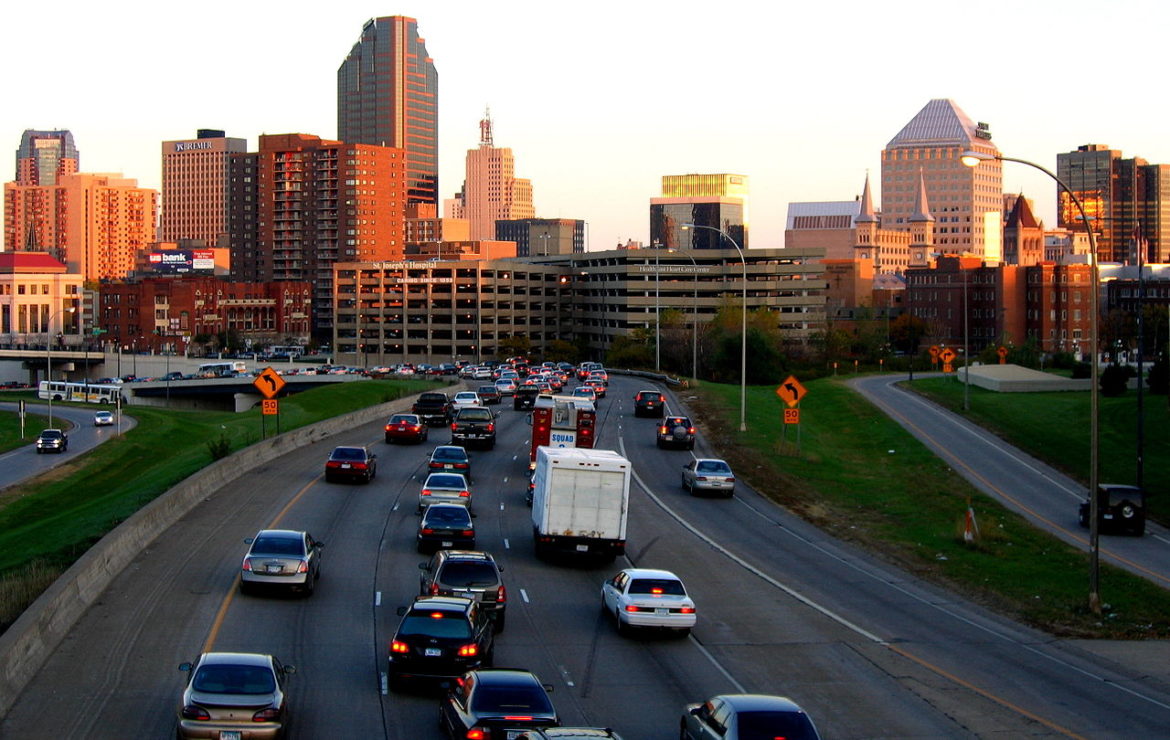 Xcel Energy has already pledged to go carbon-free, allowing the city’s plan to focus on other areas to reduce emissions.

St. Paul hopes to encourage residents to leave their cars at home to help reach an ambitious plan of carbon neutrality by 2050.

The city’s new climate action and resiliency draft plan looks to transportation as a key opportunity for eliminating greenhouse gases.

A widespread switch from gas to electric vehicles will not solve the problem on its own, which is why the plan highlights increased transit, pedestrian and biking infrastructure.

“We have to make it easier, more convenient and more attractive for people to use alternatives to driving alone,” said chief resilience officer Russ Stark.

St. Paul Mayor Melvin Carter and Stark have introduced the plan at several events this spring. Beyond transportation, it also calls for increased investment in commercial and residential energy efficiency, water conservation, appliance electrification, waste diversion and the natural infrastructure.

The plan is so new that no organized opposition to it has emerged. Clean energy organizations have generally embraced the city’s goals and strategies with just a handful of caveats. Stark acknowledges the reality of one major concern — whether the city will continually budget enough money to carry out the plan.

The focus on transportation comes as a result of a commitment by Xcel Energy to produce 100% carbon-free electricity by 2050. Xcel’s territory covers St. Paul. If St. Paul did nothing, carbon emissions would decline by 40% in the building sector by 2030 because of Xcel’s cleaner energy mix, Finis said.

The city will invest in clean energy and encourage residents to the same. But Xcel’s goal gives St. Paul the flexibility to tackle other issues such as transportation, which now emits more greenhouse gases in Minnesota than electricity generation.

Driving an electric vehicle alone is an inefficient use of energy, Stark said. Replacing gas-powered vehicles with electric models statewide would increase electricity demand by 50% in Minnesota, an enormous burden “on top of what we’re planning to do to transition to renewables to meet the current demand,” he said.

St. Paul residents use cars for 80% of their trips. To decrease auto use, the report calls for adding more bikeways and sidewalks along with the expansion of existing car and bike-share programs.

Comparing St. Paul’s climate action to others that have emerged in Minnesota, Stark believes the emphasis on reducing vehicle trips may be unique.

It’s not an easy sell. At one community meeting, residents balked at the idea of more paid parking to encourage transit use. They argued people who do not have access to transit lines in struggling communities would bear the biggest burden of higher parking fees, Stark said.

The second most challenging area will be transitioning buildings and homes to electric heating to take advantage of Xcel’s cleaner energy mix, he said. Electrification will be more effective only after making existing and new buildings as efficient as possible, Stark said.

The 122-acre Ford site in St. Paul’s Highland Park could become a national model of combining energy efficiency and electric heating, he said. Ryan Companies US, Inc., developer of the site, will build nearly 4,000 housing units on the former Ford plant assembly site.

Plans call for the site to potentially meet carbon neutrality goals through clean energy generation, efficient design and an emphasis on walking, biking and transit.

At least some goals within the climate action plan have been started or underway for years. The city’s sustainable building policy requires that new developments receiving money meet certain energy standards.

St. Paul also brings an equity focus to the climate planning because residents in disadvantaged neighborhoods will be more vulnerable to extreme weather and poor air quality.

That aspect of the plan drew praise from Ben Passer, director of equity and energy access at Fresh Energy. He calls the climate action plan “a bold and ambitious vision that is rooted in equity.” (The Energy News Network is an editorially independent publication of Fresh Energy.)

St. Paul 350 founder Chelsea DeArmond praised the focus on transit and efficiency but wants more detail in the plan describing how the city could assist low-income residents with energy retrofits and with access to clean energy.

More detail would also be welcomed on transitioning toward appliance electrification and greater emphasis on how additional green space can sequester carbon. The plan’s dependence on Xcel meeting its carbon goals raises concerns since the utility recently invested natural gas plants.

Read more: On its way to carbon-free power, Xcel wants to buy a natural gas plant

Still, there is much to like about St. Paul’s direction. “Overall we’re excited about the plan,” DeArmond said.

Finis agrees with DeArmond that a major challenge will be moving existing commercial and residential buildings off natural gas. Retrofitting them will be less an issue than whether they should move to electric heat or other cleaner technologies, she said.

Stark knows the climate action plan is just a start. It only gets the city to 70% carbon neutrality, leaving the final strategies to be released in the future. The city staff and citizens at least see in this document an acknowledgment that climate change is happening and work to do something about it.

City residents have seen the impact of climate change over the past few years. This year the Mississippi River in St. Paul reached flood levels for 42 days in a row, a record, Stark said. Last year, a rockslide caused by heavy rains brought down part of a bluff and closed a major street for months.

“There are real challenges ahead with regard to climate, and our climate here in the Twin Cities and Minnesota has changed more dramatically in terms of sheer numbers than anywhere in the country,” he said. “It’s costing us, and taxpayers, real money.”

Correction: Chelsea DeArmond’s organization is St. Paul 350; an earlier version of this story misstated the name.