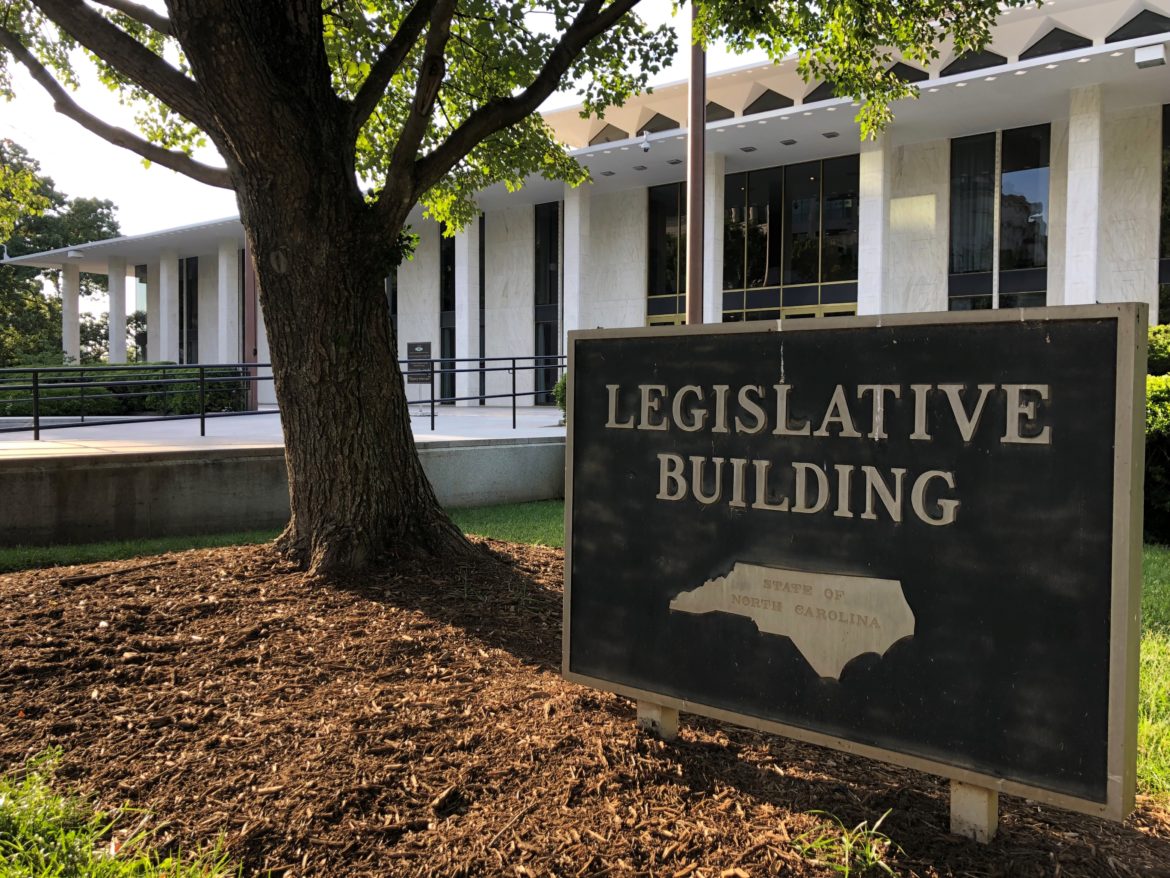 Multiyear ratemaking should be paired with performance goals or metrics that encourage clean energy, groups say.

Sponsored by leaders of both parties and backed by the state’s largest utility, Senate Bill 559 would allow regulators to approve upfront, annual rate hikes for up to five years to cover projected spending. Currently, utilities propose rate increases based on past investments.

The proposal has drawn heated opposition from dozens of large corporate energy consumers and citizen groups like AARP, who worry ratepayers could get overcharged and that Duke Energy, a monopoly throughout much of the state, will get less scrutiny when it moves to raise rates.

Clean energy groups share those concerns, arguing that what’s bad for customers is increasingly bad for clean energy. They fear the bill will lead to a blank check for Duke’s multibillion-dollar grid improvement plan, which they say won’t pave the way for more distributed, renewable energy.

And while they acknowledge the state’s ratemaking paradigm is ripe for overhaul, they say the bill makes narrow changes to benefit Duke without including more comprehensive reforms to spur the clean energy transition.

The North Carolina Utilities Commission, a seven-member panel appointed by the governor, sets rates for the state’s two investor-owned utilities, Charlotte-based Duke and Virginia-based Dominion Energy. The former is the larger presence in the state by far, serving over 3 million metered customers and the state’s most populated cities.

Electric rates vary by customer class and are backward-looking: A per-kilowatt-hour price and a minimum monthly fee are designed to cover debt the utilities have already incurred building new power plants or acquiring other assets, plus a rate of return.

Rate cases are lengthy, quasi-judicial proceedings that last several months. Duke’s last bid to raise rates concluded last year, with the company winning approval to raise minimum monthly residential charges from just over $11 to $14 but failing to get the go-ahead for more than a 9.9% rate of return.

While commissioners largely agreed to let ratepayers fund Duke’s coal ash cleanup expenses, they rejected a key sought-for item: a grid improvement plan that included burying certain power lines and installing sensors to speed reaction time for outages. The utility had hoped to recover the forward-looking costs through a bill rider, but commissioners said Duke failed to justify the need for such “special ratemaking treatment.”

The denial sparked speculation that the utility — a major campaign donor to both parties and a formidable political force — would seek legislative approval for its grid upgrades in 2019. After months of rumors about what form that approval would take, Senate Bill 559 emerged in April.

The legislation would give the commission two new tools to allow Duke to recoup expenses: bonds to be backed by ratepayers to pay for storm-related repairs — a financing mechanism called securitization — and multiyear, annual rate increases for up to five years to recover still-to-be-incurred costs like grid improvements.

Most clean energy advocates don’t object to the securitization language in the bill, though some suggest expanding it to include early retirement of coal plants. Instead, they’ve focused their criticism on the multiyear ratemaking plans authorized in the second section.

Such plans aren’t inherently bad for clean energy. Analysts at the Lawrence Berkeley National Laboratory and elsewhere say multiyear rate schemes — if tied to certain benchmarks — can spur regulated utilities to innovate, forcing them to focus on the future rather than justifying to regulators assets they acquired in the past.

Multiyear rates, said Gudrun Thompson, senior attorney at the Southern Environmental Law Center, “can actually be positive for advancing clean energy if it’s coupled with things like performance goals or metrics.” But, she said, “this bill doesn’t have that.”

The measure also doesn’t authorize “decoupling” utility profits from the amount of electricity they sell or shaking up the utility’s vertical integration, two steps that could align the company’s profit motive with advancing renewable energy.

“If Duke wants to open the door to a conversation about comprehensive regulatory reform, we’re open to that,” said Peter Ledford, general counsel for the North Carolina Sustainable Energy Association. But the company, he said, “is not engaging with stakeholders to talk about any other forms of utility business model reform — whether it be performance-based rate making, decoupling, deregulation, anything.”

Consumer safeguards aren’t just good public policy, Thompson said. As solar, battery storage and other clean technologies increasingly drop in price and become cheaper than fossil fuels, the pressure to keep rates low for ratepayers can lead to more sustainable utility investments. “A lot of the good arguments for greater reliance on clean energy are consumer-focused,” she said.

‘Still a lot of questions about what’s in their plan’

While Duke won’t commit to pursuing a multiyear rate scheme if Senate Bill 559 passes, the company readily acknowledges it wants the option to pay for its controversial grid improvement plan.

As recently as last month, said company spokeswoman Grace Rountree in an email, “we had a productive and detailed conversation on how a multi-year rate plan could be used for grid improvement projects in a manner that could be acceptable and beneficial to all of our customers and stakeholders.”

The possibility compounds the concerns of advocates, who panned the $13 billion, 10-year strategy when it was first unveiled, arguing it failed to earn its “grid modernization” moniker since it did little to encourage more distributed, renewable energy or give customers more control over their electricity use.

Duke hosted a series of stakeholder meetings to workshop the plan after commissioners rejected it, and critics acknowledge the company has since made some improvements, such as reducing the budget for burying power lines and adding voltage controls to reduce energy loss.

But Thompson and others who’ve attended workshops said they were still more like presentations than negotiation sessions. “They’re still just basically selling their plan,” she said of Duke.

Need for action this year?

Compared to narrow reforms designed to benefit only Duke, advocates say the current regulatory paradigm is preferable: At least they have frequent, formal opportunities to advocate before utility commissioners.

“It’s getting to be so there are annual rate cases,” said Cassie Gavin, lobbyist for the North Carolina Sierra Club. If Senate Bill 559 passed and the commission allowed a five-year rate plan, she said, “instead of 10 opportunities to weigh in a decade, there might be two.”

While there are other chances for the public to influence Duke — including the company’s long-range planning process and individual applications for new power plants — Gavin said, “a lot of the gains that we’ve gotten over the years have been through negotiated settlements that are related to the rate cases.”

One example is a shareholder contribution to a federal weatherization program for low-income ratepayers, helping them to reduce energy use and thereby reduce their use of polluting energy sources. A proposed settlement in last year’s rate case — though not approved by regulators — mirrored some subsequent changes to Duke’s grid improvement strategy.

Rountree, however, argues the forward-looking nature of multiyear rate plans encouraged more consultation between the utility and its stakeholders than traditional rate cases.

“The current ‘cost-of-service’ model [used] to review and approve rate requests, is an historical look at past investments that regulated utilities … make on behalf of customers,” she said via email. “Multi-year rate plans … [set] the stage for greater collaboration with all stakeholders before a plan is developed, implemented and investments are made.”

Asked if Duke would support adding performance-based ratemaking or other tools to Senate Bill 559, Rountree didn’t answer directly. And though the company has faced widespread criticism for its plans to derive 8% of its generation from renewable energy in 2033, Rountree emphasized Duke’s sustainability goals in defending the bill.

“To be clear,” she said, “this legislation is about giving the commission the authority to explore whether new ratemaking tools would be in the best interest of customers and ensure everyone pays the lowest possible price for smarter, cleaner energy. If not, they don’t have to use them.”

But the measure’s pace has slowed in the House, also controlled by Republicans, and last week Gov. Roy Cooper, a Democrat, became the latest to publicly criticize it, telling reporters, “I still have concerns about it, and I think that you would have to show to me what the benefit is to consumers at the end of the day.”

Stakeholders are meeting now to discuss changes to the bill, said Rep. John Szoka, a Republican from Fayetteville who chairs two committees that will debate the measure. He declined to discuss the scope of those conversations, but said revised legislation could become public “maybe later this week, maybe later next week.” Advocates, meanwhile, are still pushing to overhaul or sideline the bill altogether until 2020. Stressed Gavin, “there’s no need for it to be taken up this year.”