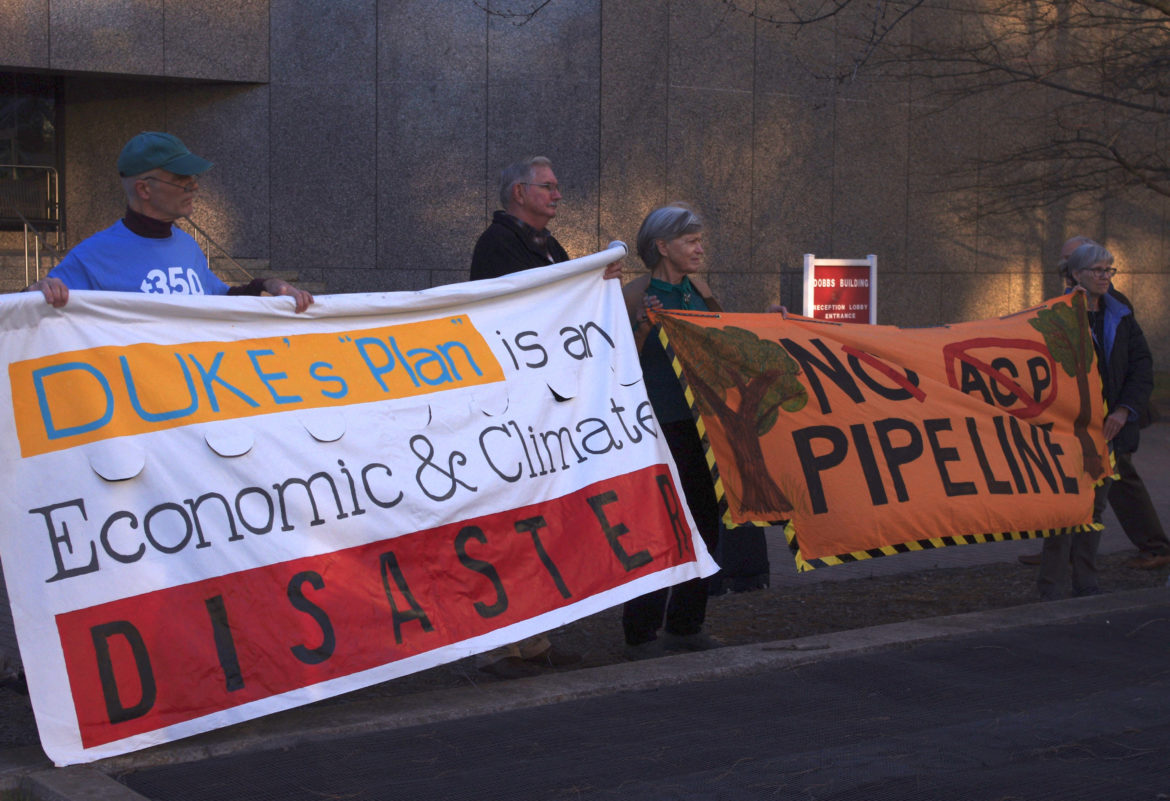 The move was a blow to clean energy groups and more than a dozen Democratic state legislators who wanted more public meetings and an expert witness hearing over Duke’s plan, which calls for deriving 8% of electricity from renewable sources while building a raft of new fossil gas plants and keeping many of its coal plants running past 2033.

“NC WARN is deeply disappointed that the commission chose to proceed without allowing open scrutiny of Duke Energy’s plans for this state,” the nonprofit’s director, Jim Warren, said in a written statement.

While the commission didn’t explicitly deny the groups’ requests, the panel’s call for “proposed orders” in the proceeding indicated it was ready to move toward a decision on Duke’s blueprint rather than gather more evidence.

NC WARN and other advocates had argued that Duke’s plans undervalued solar and battery storage and ignored the economic downsides of operating coal plants through the end of their book lives. They’d hoped a cross-examination under oath would help expose flaws in the company’s plans.

But the commission’s decision to forego such a trial-type hearing and limit expert testimony to written documents could work in advocates’ favor. Democratic Gov. Roy Cooper has named three new commissioners thought to be more favorable to renewables than their predecessors; they await confirmation by the Republican-controlled General Assembly.

If lawmakers confirm the nominees — Kimberly Duffley, Jeff Hughes, and Durham Democrat Sen. Floyd McKissick — in the next two months, they could conceivably participate in the ruling on Duke’s plan by reviewing a written record. They couldn’t weigh in, however, if they missed an in-person expert hearing.

“The commission must still rule on the IRP itself,” Warren said, “so we can hope they won’t just go along with the corporation the way past commissions have done.”

The directive requires Duke and the state-sanctioned ratepayer advocate to propose orders in the case within 30 days. It also allows suggestions from other intervening parties, including clean energy groups and Democratic Attorney General Josh Stein, whose comments have reflected many of the groups’ concerns.

The order is perhaps the most consequential so far under the young tenure of Chairwoman Charlotte Mitchell, named earlier this month by Cooper in a decision not subject to legislative approval. Mitchell frequently represented clean energy interests in her private law practice before joining the commission in 2017. She replaced Ed Finley, who resigned in May after he wasn’t renamed as a commissioner.

In addition to the evaluation of Duke’s long-range plan, Mitchell will preside over other crucial decisions during her two-year term, including the utility’s proposed $76 million investment in electric vehicle infrastructure, its controversial renewable-energy tariff program for large customers, and a competitive procurement program for renewable energy.

If lawmakers confirm Duffley, Hughes and McKissick in the next few months, the seven-member commission will include six Cooper-appointees as it navigates these thorny issues.

“The line-up is changing at the N.C. Utilities Commission,” Warren said in the statement. “We need a commission that will begin holding Duke Energy accountable for its practices that constantly raise power bills while harming communities and driving humanity toward climate chaos.”