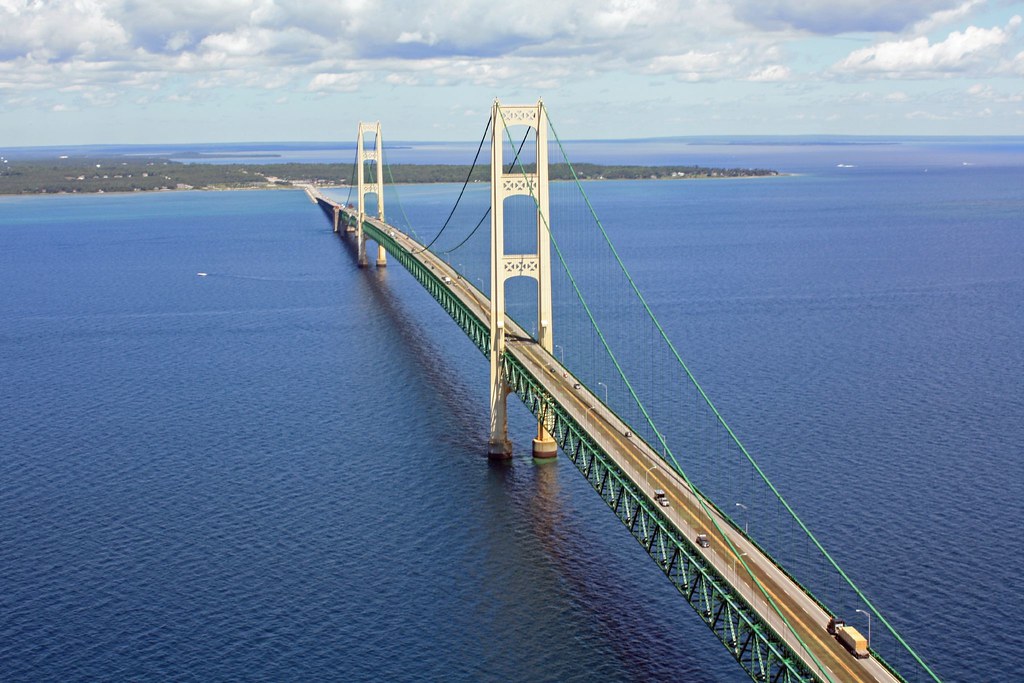 A campaign to convince Michigan residents to support an underground tunnel for the Line 5 pipeline has intensified since negotiations over the project between the state and Enbridge fell apart this month.

Last week, Enbridge ran ads in newspapers statewide supporting the tunnel project as the “best long-term opportunity to secure the energy needs of the state,” said Ryan Duffy, a spokesman for the pipeline’s owner.

Also last week, Consumer Energy Alliance — a 501(c)(4) nonprofit supported by major oil companies and utilities — announced its “Moving Michigan” campaign to build support for the proposed tunnel. As it does in other states, the group pitches the plan as a way to keep fuel costs low for consumers.

The efforts suggest Enbridge and its supporters are on the offensive as uncertainty remains over the prospect of a tunnel.

Attorney General Dana Nessel issued an opinion in March saying an agreement between Enbridge and the state under former Gov. Rick Snyder to build the tunnel was unconstitutional. Current Gov. Gretchen Whitmer’s negotiations with Enbridge fell apart after the company said a two-year timeline to decommission the existing pipeline in the Straits of Mackinac was not possible.

“I think Enbridge sort of moved from a phase where they felt they controlled the political levers in Michigan to a space where they’re desperate because they realize they don’t,” said David Holtz, spokesperson for the Oil and Water Don’t Mix campaign, which has pressed the state to decommission Line 5 for years.

While Line 5 opponents have their own organized campaign that has grown since 2013 — most recently with support last month by activist and author Bill McKibben — they remain concerned about the financial resources of the fossil fuel industry.

“It would be naive to think they don’t have the ability to use their money,” Holtz said. “When the oil industry puts all of its money and muscle behind something, they can stop things from happening. The concern anyone in Michigan should have is whether they’ll be able to essentially stop Michigan from protecting the Great Lakes and other waterways.”

Consumer Energy Alliance has been active around major — and controversial — pipeline projects in other states, including Enbridge’s effort to replace and increase the capacity of Line 3 in northern Minnesota.

Chris Ventura, Consumer Energy Alliance’s Midwest executive director, said “Moving Michigan” is the most recent extension of the group’s Pipelines for America campaign launched in 2016. He said the group is getting involved now because it saw a “breakdown in communication and the public discourse with regards to why pipelines like Line 5 are important to not just Michigan’s economy but really average families across the state.”

Supporters and opponents, however, have debated this point for years. While decommissioning the pipeline could slightly increase propane prices in the Upper Peninsula and disrupt supplies to oil refineries around Lake Erie, critics say the risk of Line 5 in the Great Lakes are far more dangerous and potentially costly. They also say the project — which could operate for up to 100 years — ignores the need to address climate change and transition from fossil fuels for heating and transportation.

Meanwhile, Whitmer recently appointed a task force to explore the Upper Peninsula’s energy needs, including alternatives to the existing propane supply from Line 5.

Ventura says Consumer Energy Alliance is “energy agnostic,” and that the group has advocated wind and solar elsewhere in the U.S. The group supports utility positions, however, including on controversial policies like net metering that consumer groups typically support.

“We think there’s room for everything when it comes to the power grid,” Ventura said. “We don’t want to hamstring policymakers when making decisions for their state.”

The group’s members, though, include major players in the fossil fuel industry, such as BP, Chevron, Energy Transfer Partners and ExxonMobil.

Enbridge has listed Consumer Energy Alliance as part of the company’s “sustained advocacy campaign,” alongside the American Gas Association, the American Petroleum Institute and the Independent Petroleum Association of America.

“We certainly appreciate any group that shares information about Line 5, which helps ensure the safe transport of the energy Michiganders rely on every day,” Duffy said, adding that Enbridge’s recent advertising campaign is meant to “communicate directly with Michiganders” about Line 5.

Consumer Energy Alliance is operated out of offices of HBW Resources, a Texas-based public relations firm. Energy and Policy Institute, a fossil fuel industry watchdog group, says the nonprofit is primarily tied to the fossil fuel industry and has documented the group’s campaign messaging to counter climate change and environmental advocates.

The alliance itself has caused controversy as it gets involved in energy policy and projects. It has been accused of providing misleading and falsified testimony from residents purportedly in support of a natural gas pipeline through Ohio jointly owned by Enbridge and DTE Energy. Similar cases happened in Wisconsin over utility-backed solar energy policies and in South Carolina over a major utility merger, which prompted an investigation by the state attorney general. In the case of the NEXUS gas pipeline, Consumer Energy Alliance submitted testimony on behalf of a resident who died in 1998.

Ventura said regulators in the Wisconsin and Ohio cases “cleared the Consumer Energy Alliance of any wrongdoing.”

The effort has the potential to heighten awareness around Line 5 even more. Both sides appear confident they will prevail in either building the tunnel or decommissioning Line 5.

Holtz said an advantage in Michigan compared to other pipeline disputes is that residents care deeply about the health of the Great Lakes. Also, Nessel ran for office based on the Line 5 issue, and has remained adamant in her support to decommission it.

“It’s going to be a pitched battle,” Holtz said. “In the end I think the Great Lakes are going to win.”