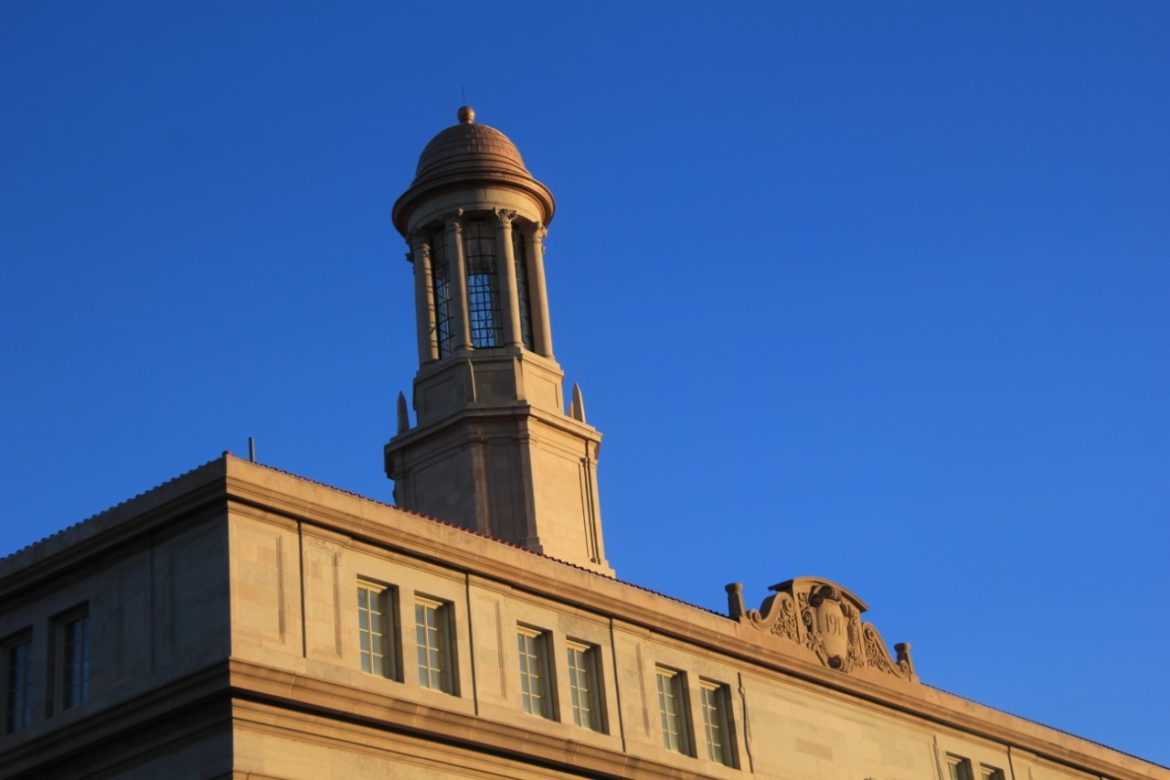 A $100 million data center in Pueblo is expected to add up to 50 megawatts of new load for Black Hills Energy.

A planned cryptocurrency data center in southern Colorado threatens to put state and local renewable goals further from reach, according to critics.

Clean energy advocates in particular fear that the project — the first to benefit from a new state economic development law — won’t be the last of its kind. A cluster of energy-intensive data centers could add significant demand for electricity at a time when the state should be trying to curb energy use, they argue.

Even on its own, the promised $100 million data center in Pueblo could be a setback for the region’s clean energy aspirations if utility Black Hills Energy doesn’t match its expected load with new renewable resources.

“Fifty more megawatts of this largely coal-fired power will essentially wipe out the gains in renewable generation they boast from their new Busch Ranch II wind farm,” said David Cockrell, a member of the group Pueblo’s Energy Future, which wants to form a municipal utility to meet the city’s 100% renewable goal.

Pueblo, a city of 111,000 best known for its steel mill, has an underperforming economy, sharply contrasted with Colorado Springs, 40 miles to the north, and even more sharply with the booming knowledge-based economies of Colorado’s northern Front Range. Poverty rates are high, housing prices low.

In February 2017, the Pueblo City Council adopted a goal of 100% renewable energy by 2035. Pueblo County commissioners matched that target with a resolution of their own in April 2018, passed with support from Cockrell’s group.

A new state law signed a few months later by then-Gov. John Hickenlooper is now testing the community’s commitment to those goals.

The law allows regulated electric utilities to offer discounted rates for up to 10 years to large industrial or commercial customers for the purpose of “helping to stimulate further economic development in Colorado.” The rate is intended for cases in which “the cost of electricity is a critical consideration.”

Black Hills Energy, a South Dakota-based utility that serves Pueblo, is the first to seek approval to offer a discounted rate. In January, when the law took effect, the company applied for expedited review of a proposal to sell 50 megawatts of discounted power to an unnamed company it said would deliver $25 million to $40 million in community economic benefits during the first five years.

The volume of electricity is substantial for Black Hills, representing about one-tenth of the company’s current peak load. The law does not require the utility to divulge where that electricity will come from, but Black Hills has said it will procure the energy from the wholesale energy market.

After months of debate largely focused on the identity and qualifications of the company, later revealed to be AX2 Data Centers, the Colorado Public Utilities Commission voted 2-1 in favor of allowing Black Hills to go forward with a service agreement that includes a reduced rate.

The commissioners did not impose a renewable energy requirement, in part, they said, because “delay in approving the service agreement puts the anticipated economic benefits at risk.”

Colorado law requires Black Hills to get 30% of its power from renewable sources by 2020. The company expects to meet that requirement with completion of the 60-megawatt Busch Ranch II wind farm this fall.

Environmental advocacy group Western Resource Advocates, in filings with the utilities commission, objected to the lack of assurances about the source of electricity for the data center. The organization wants the data center directly tethered to renewable sources and said renewable credits are insufficient.

“In order to avoid backsliding from valuable gains on emissions reductions in the transition to clean energy resources, incremental load growth should be served by renewable generation,” the group’s senior energy policy advisor, Gwen Farnsworth, wrote in a filing.

The dissenting commissioner, Frances Koncilja, shared those concerns, saying the service agreement “completely ignores and, in fact, undercuts the renewable energy goals of the State of Colorado and Pueblo.”

Koncilja accused her colleagues of making a “political decision as opposed to a regulatory decision” in the “well-intentioned pursuit of economic development for southern Colorado.”

Others argued data centers don’t inherently threaten the region’s clean energy goals because electricity is increasingly coming from renewables. Pueblo Mayor Nick Gradisar was among those testifying in favor of the proposal.

“I do not think the company’s presence or its energy needs will dramatically impact our vision for renewable energy,” he said in an email. “I personally believe that the cheapest energy will be from renewables in the very near future.”

An official with AX2 Data Centers said the data center will be completed by the end of 2019 and could begin limited operations as early as September.