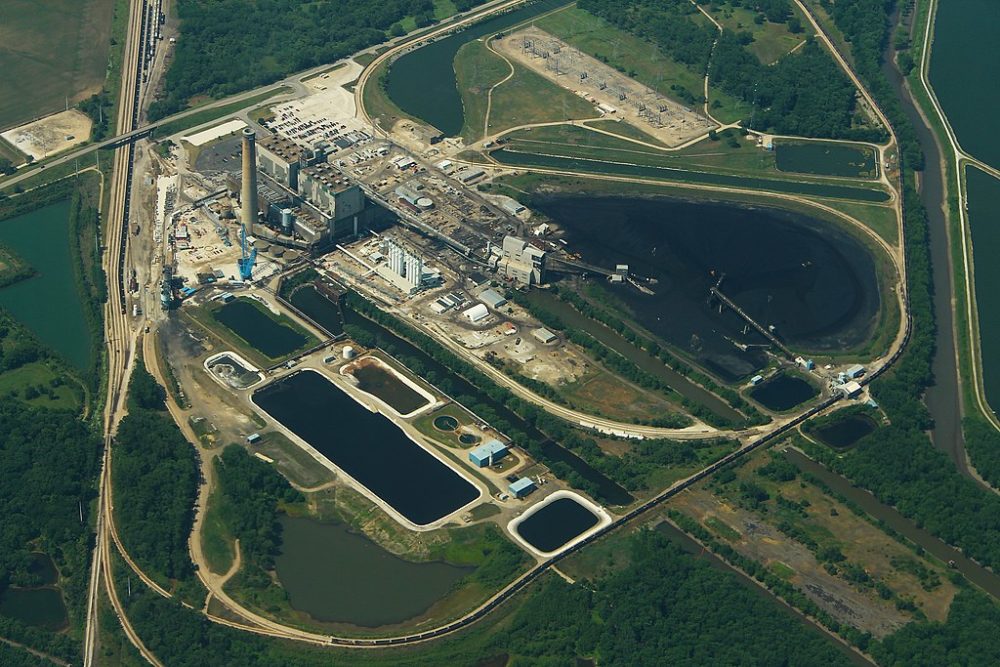 The pollution control board will hold additional public hearings to determine a remedy for the violations.

Illinois environmental groups say they will press for strict measures to deal with coal ash contamination at four NRG power plants after state regulators ruled last week that the company is to blame for groundwater pollution at the sites.

The June 20 ruling by the Illinois Pollution Control Board was a major development in the 7-year-old case but not the final word. The board will hold public hearings to determine the remedy for the violations it found.

The Sierra Club, Environmental Law & Policy Center, Prairie Rivers Network and Citizens Against Ruining the Environment launched the proceedings in 2012 by filing a citizen lawsuit of the type meant to spark regulatory action. The complaint called for civil penalties against the company and forcing the company to clean up coal ash and polluted groundwater, which experts fear also contaminates nearby rivers.

The Illinois Pollution Control Board agreed with environmental groups that NRG’s subsidiary Midwest Generation violated environmental rules at all four of its Illinois coal plants: Waukegan north of Chicago, Joliet and Will County southwest of Chicago, and Powerton in central Illinois.

The environmental groups alleged that since groundwater monitoring began in 2010, contaminants related to coal ash were found in groundwater above allowable levels between 396 and 443 times each at the Powerton, Will County and Waukegan sites and 69 times in Joliet.

Faith Bugel, an attorney for the environmental groups, said that while specific remedies will be determined during the upcoming litigation phase, environmental groups are hopeful that the board will address past contamination and prevent future pollution from coal ash.

“I hope that all the sources of the ash contamination at all four of the sites are addressed; legally they have to be addressed,” she said. “Exactly what that looks like will be determined so that the contamination stops and the groundwater at all those sites is protected for future use.”

While the board did not agree with some of the environmental groups’ allegations, it found that overall it was more likely than not that coal ash at each of the sites contributed to groundwater contamination violating laws, and that Midwest Generation was responsible.

The pollution control board determined that coal ash was likely responsible for boron and sulfate, which are known components of coal ash, found at levels higher than the 90th percentile for groundwater statewide at all four sites. It also found coal ash likely responsible for arsenic, total dissolved solids and antimony at above allowable levels at some sites.

The board also found that at the Powerton plant, the company violated a separate standard against open dumping by depositing coal ash cinders on the ground.

The company had argued that it did everything it was required to do by the Illinois Environmental Protection Agency including when it entered corrective action agreements with the agency. Hence, the company argued that even if groundwater pollution from coal ash was present, it should not be held responsible or forced to take further actions. At the request of the Illinois EPA, the company had installed groundwater monitoring wells and upgraded some coal ash facilities including with new liners.

The pollution control board agreed with environmental groups that even in cases where the company installed high-quality liners, they could have cracked and leaked, including because of damage by dredging equipment. The board cited evidence of past tears in liners and the words of Midwest Generation employees who were worried about liners cracking.

“The [Illinois] EPA had already washed their hands of this, saying they had their violation notices, came to an agreement with the company about what compliance means and they were done,” Bugel said. “So we feel like [the pollution control board ruling] is a pretty big victory.”

The company argued that it was not liable for coal ash deposited when the utility ComEd owned the plants before deregulation in the late 1990s prohibited it from owning generation. NRG acquired the plants in 2014, as Midwest Generation was going through bankruptcy after closing two other Chicago plants in 2012.

The company argued that the longtime industrial sites have higher background levels of contaminants than most parts of the state. The board, for example, found that a former tannery and boiler likely contributed arsenic to groundwater near the Waukegan plant. But the board said that while site-specific background levels are preferable, in the absence of adequate data it supported the use of statewide background levels.

Monitoring compared contaminant levels upgradient and downgradient of coal ash, with the assumption that upgradient wells would not be affected by coal ash leakage or leaching while downgradient ones might be. However, environmental groups argued that because of flooding and changes in groundwater flow, coal ash repositories could also contaminate wells considered upgradient.

The board wrote that while the company has taken actions under its agreements with the Illinois EPA, it is aware that “persistent” contamination has continued and it has not taken adequate further action to identify the specific cause or prevent it. “The board is, thus, not persuaded that [Midwest Generation] took ‘extensive precautions’ to prevent the releases,” as the company had said it did.

The company also argued that some coal ash met federal definitions of material for “beneficial reuse,” so it should be allowed to stay onsite. Coal ash cinders were stored on the ground at the Powerton site until a contractor could remove them for beneficial reuse in roofing shingles and sandblasting, according to the board ruling. The pollution control board found that the cinders temporarily stored there nonetheless contributed to water contamination and represented a violation of law.

Similarly, the board found that coal ash that built up outside of repositories and in historic disposal sites did not meet the definition of beneficial reuse material, and hence could not be openly stored.

In response to questions, NRG spokesperson David Knox said: “Midwest Generation, which was acquired by NRG in 2014, has worked cooperatively with the IEPA over many years to continually take steps to protect the environment, including entering into compliance commitment agreements and implementing groundwater management zones. The issues raised in this proceeding are complex, the circumstances at each site vary and involve historic activities that occurred under the prior utility ownership of the plants. Midwest Generation continues to review the decision to understand it and determine appropriate next steps.”