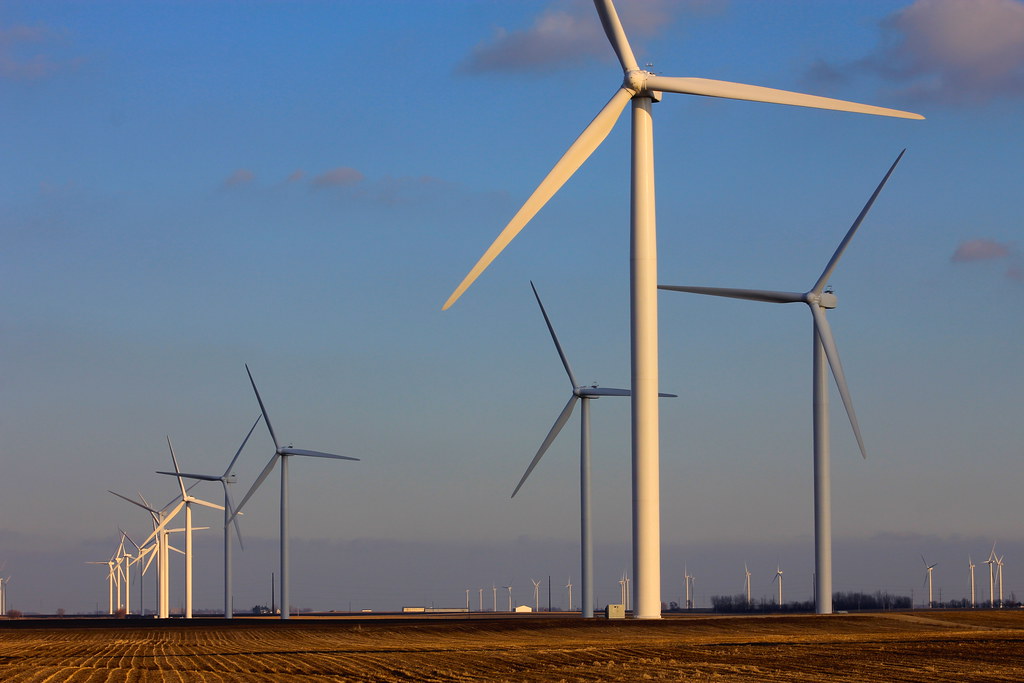 Duke Energy plans 700 megawatts of wind energy over the next 20 years.

The utility was scheduled to file its latest 20-year integrated resource plan in Indiana on July 1.

All but one coal plant in Duke Energy’s Indiana portfolio would continue operating through the late 2020s or longer under an integrated resource plan expected to be filed Monday with Indiana regulators.

The 20-year plans are updated every three years regarding where a utility plans to get its power. Duke describes the plan as laying out a shift to cleaner energy and accelerating its coal plant retirements.

The Citizen Action Coalition consumer group sees it much differently, noting the plan proposes no new investments in renewables until 2023, instead continuing to rely heavily on its aging and controversial coal fleet.

Over 20 years, the plan calls for 2,840 new megawatts of natural gas generation, 700 megawatts of wind energy, and 1,650 megawatts of solar power. But Citizen Action Coalition executive director Kerwin Olson says that, “The meat of the IRP is the short-term action plan; what their plans are in the short term is a whole lot of nothing” as far as renewables are concerned.

Duke spokesperson Angeline Protogere called the coalition’s requests for more renewable power sooner “unrealistic,” and said that the plan “enables us to diversify our power generation portfolio and reduce our carbon footprint without compromising the delivery of electricity to our customers.”

She said that new renewables aren’t planned in the next five years because “we’re not proposing major new power projects before they are needed. We have a responsibility to our customers to provide what’s most economic when it’s needed. The short answer is the power isn’t needed” now.

The Citizen Action Coalition argues that even in the short-term, renewable power would be cheaper than continuing to run coal plants. Olson sees Duke’s plan as a political move catering to powerful coal interests and their backers in the Legislature, rather than a proposal based on data and science. Olson said that during stakeholder proceedings, Duke denied the coalition’s request to view models and data Duke used to draft its plan. Protogere countered that the coalition was part of the “open” process.

“They did not allow the model to select an earlier retirement for coal plants,” said Olson. “They sort of backed into [the plan], saying this is what we want the outcome to be, so let’s make sure the narrative fits the desired outcome. They used the planning process as a smokescreen to protect the status quo.”

Last year another Indiana utility, NIPSCO, filed its own integrated resource plan proposing to retire its coal plants earlier than originally planned. It is in the process of developing 800 MW of new wind energy and is also investing in energy storage, which is not part of Duke’s integrated resource plan. The utility Vectren has also proposed retiring coal plants and building a new gas plant.

Out-of-state coal interests — represented by former U.S. Environmental Protection Agency head Scott Pruitt among others — have been lobbying to try to keep the state’s coal plants running, and the state Legislature this spring considered but rejected a moratorium on new power sources greater than 250 MW, which was meant to preserve the state’s aging coal fleet. Indiana still gets almost three-quarters of its power from coal.

Duke’s fleet of 10 coal-fired units at four plants includes the controversial Edwardsport coal gasification plant, which the coalition says has cost ratepayers $1.4 billion more than they would have spent for the same power bought on the open market.

In a press release about the integrated resource plan, Duke noted that 90% of its power comes from coal. It said, “In this plan we are accelerating the retirement dates for some of our coal-fired units and adding more natural gas and renewable energy to our supplies. However, these are not final decisions to retire units or add new power generation to the system. As circumstances change, so may assumptions about coal retirements and power generation replacements.”

The plan calls for retiring the Cayuga plant’s two units in 2028 instead of 2035 and 2037, and moving retirement dates of Gibson’s five units up to between 2026 and 2038, from previously planned dates in the 2040s. The Gallagher plant’s two units are scheduled to retire in 2022 under a settlement related to the Citizens Action Coalition’s lawsuit about the Edwardsport plant.

The recently filed plan was meant to be filed in November 2018, but the company requested extensions. Another plan is due in 2021. Duke is also in the process of filing a rate case that Olson expects to be hotly contested. The state’s regulatory commission does not need to approve integrated resource plans, but requests for new generation that Duke brings to the commission in the future are supposed to be in line with the plan.