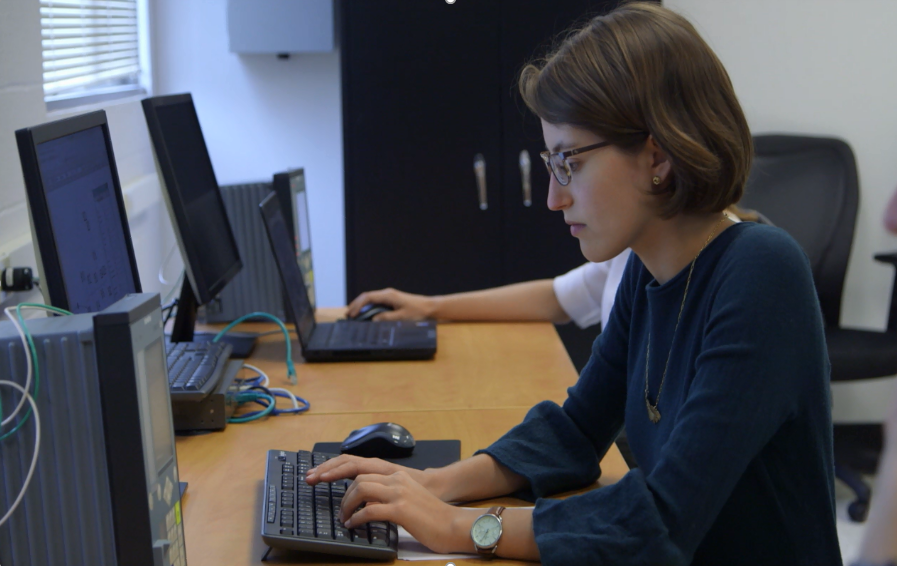 While student interest is growing, school officials say many are still unaware of the high demand from employers.

Ohio universities are expanding degree programs related to clean energy in response to growing interest from students and employers.

The University of Dayton’s new bachelor’s degrees in sustainability are the latest options for Ohio students seeking careers in clean energy. The school’s trustees approved the programs in May and aim to enroll 25 students per year.

The schools’ numbers suggest that — despite a lack of supportive state or federal policy — students remain optimistic about clean energy’s future in Ohio.

Employers’ needs are a major force behind the expansion. Renewable energy, energy efficiency and digital grid initiatives are growing in the Midwest and nationwide, and industry leaders in the state need more workers with higher education.

“Energy is certainly a growth area,” said Grant Goodrich, director of the Great Lakes Energy Institute at Case Western Reserve University in Cleveland. At the same time, he noted “a strange conundrum: You would be shocked at the number of students who don’t realize that this is a hot job market.”

Ohio’s 112,486 clean energy jobs ranked it eighth among the states, according to a March 2019 report from E2, Environmental Entrepreneurs. And as of June 21, the top five positions on Dayaway’s national renewable jobs board all required either a bachelor’s or graduate degree.

In some cases, existing programs at colleges and universities have been both too narrow and too broad to prepare students for what companies want when they hire. Students might get great technical training, but lack economics understanding or communications skills needed in the business world, for example. Or, a graduate might have a firm foundation in electrical engineering, but then require extensive training to work on advanced projects tailored to the digital grid or renewable energy.

The digital grid lab at Case Western resulted from a partnership with Siemens last fall. The program focuses on communications systems that can work with the existing electrical network to better integrate solar and wind energy with electricity from traditional sources, maximize energy efficiency and boost resilience.

“This industry, which has so long been perceived as wires and cable and analog and transformers, is switching into digitization — and we’re bringing it into the classroom,” Goodrich said. “It was an important step for preparing our engineers for what they’ll encounter in the work world.”

Guidance from an advisory board with industry leaders has also shaped Ohio University’s 5-year-old energy engineering program. “We wanted to make sure it was driven by a push from industry, not a pull from academia,” said Greg Kremer, chair of the mechanical engineering department, which runs the program.

Ohio State’s planned training center has “a lot of connections with industry” to make sure that what’s taught in the classrooms is actually what employers need, Dormady said. “If we’re training the experts in this field here in Ohio or in the Midwest, that really positions us for economic growth.”

Employers are also looking for graduates who will have a firm foundation in a range of subject areas, said sustainability program director Rebecca Potter at the University of Dayton. The programs there will span a variety of liberal arts and science areas, including grant writing, social justice issues and data analysis.

Data analysis is so crucial that Case recently added a minor for it. “I think it’s a really important indicator of where industry is going as a whole, and certainly something that we’re hearing from energy companies as a need when they’re hiring,” Goodrich said. Almost 160 students have signed up so far, he noted.

Economics is also a key field. “This is the 21st century, so we’re moving into very technical marketplaces,” Dormady said. To him, that means students need to understand how the multistate market works and how electricity is priced at the wholesale and retail levels.

“For us, it’s really a game-changer in the number of graduate students and undergraduate students who are getting to work on development and characterization of new chemistries for electrolytes,” Goodrich said. One category of work involves deep eutectic solvents. Those high-conductivity liquids form when certain environmentally friendly solids mix together.

Meanwhile, Ohio University’s Institute for Sustainable Energy and the Environment conducts studies on things such as algae and fuel cells, as well as projects to reduce the environmental impacts of fossil fuels. “Over the past five years 31 graduate students have been supported by ISEE projects, and nearly 70 undergraduate students have participated” as well, said institute director Jason Trembly.

Even if research doesn’t produce a commercial success, “we’re developing students’ skill sets on critical thinking and problem-solving … so then they can roll out into industry and be productive engineers much more quickly than they would have if they had not participated in our research,” Trembly said.

“What our industry partners really want are not people who can follow directions and just solve textbook problems and do what they’re told. With the challenges that they have, they really need — not just want — problem-solvers who are independent and able to show initiative,” Kremer said. Ideally, students who enter the energy industry will be prepared “not just to follow, but to lead the change.”