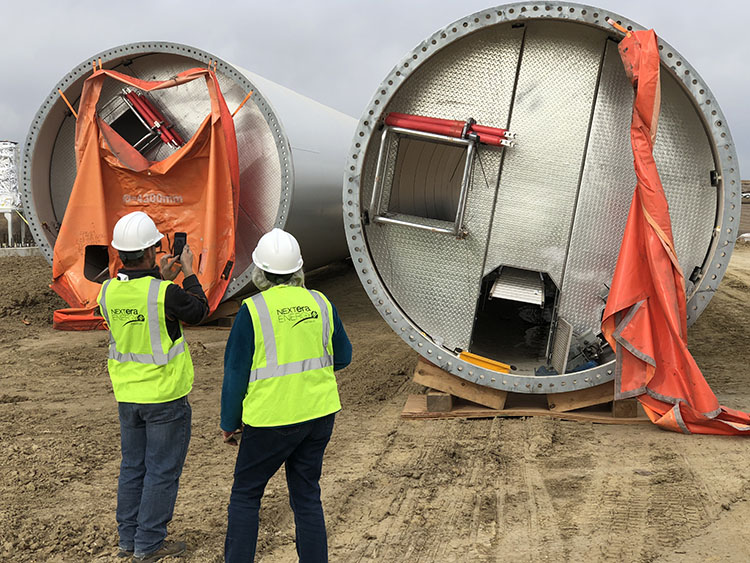 Five months after a new clean-energy majority took control of its board of directors, the staff of Omaha’s public utility is moving forward with developing a climate action plan.

At the Omaha Public Power District (OPPD) board’s June meeting, president and chief executive officer Timothy J. Burke said his staff will explore how to move toward generating more of its power from carbon-free sources. It’s one of five management initiatives the staff presented.

Mary Fisher, the utility’s vice president for energy production and nuclear decommissioning, said it will take time to determine the extent to which OPPD can rely on carbon-free energy sources. But advocates see the policy initiative as a hopeful step.

“The fact that the OPPD is talking openly about climate change and environmental imperatives and carbon reduction in planning to put into place a plan to decarbonize their generation process, that’s a big deal,” said Ken Winston, outreach director for Interfaith Power & Light in Nebraska. “The fact that they’re beginning a planning process as opposed to announcing goals, that also is significant. That means people need to stay engaged in the process and have input.”

As a public power district, the OPPD answers to a publicly elected board of directors. The staff began looking into decarbonization options nearly two years ago, Fisher said, but picked up the pace last fall — about the time that new board members interested in cleaner energy were elected.

The change stands in contrast to the state’s largest utility, the Nebraska Public Power District, where many board members continue to downplay the urgency of climate change even after catastrophic flooding in the state earlier this year.

Fisher said the board is not the only reason the utility is moving toward cleaner energy.

The utility has shifted toward cleaner generation in recent years. With the completion of the 160-megawatt Sholes wind farm by the end of this year, carbon-free generation should account for nearly 40% of OPPD’s generation. In the spring, the utility invited customers to opt for a share of a 5-megawatt solar array. They quickly snapped up the new renewable option. OPPD staff now are considering an expansion.

Nevertheless, Amanda Bogner, a member of the board’s clean-energy wave, says the decarbonization plan is a clear response to the election’s outcome.

“The CEO and senior management developed the strategic initiatives following the 2018 election,” she said. “They recognize that they have a progressive board and are listening to polls.”

Many of the utility’s customers have voiced a desire for much less fossil fuel in the generation mix.

Eric Williams, one of several new board members who’ve made clear their intention to move the utility away from fossil fuels, said, “I am very glad the staff is being proactive at recognizing where we need to go. This study of pathways to decarbonization says to me that we are all on the same page. I worked on this as a community advocate for 10 years. To see it presented by the senior management team at an OPPD board meeting is a huge step forward.”