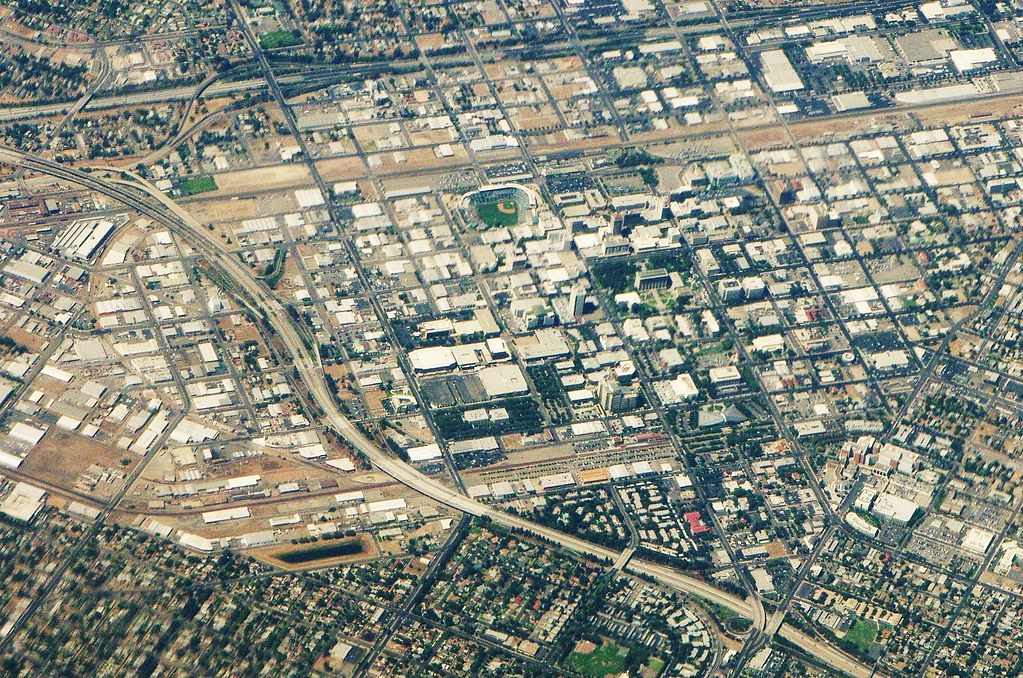 A tool that helped direct $66.5 million to Fresno could provide a template for other states seeking to counteract the effects of pollution in vulnerable communities.

As proponents of the Green New Deal seek to create jobs and protect vulnerable communities while fighting climate change, California has had a statewide program to accomplish those goals since 2013.

And Fresno is the latest city on the verge of accomplishing something big as a result. A new community college satellite campus, a food hub, parks and pathways, affordable homes, electric car charging stations and a slew of electric bikes are among the 24 projects expected to transform the city’s landscape by 2024.

The state of California has strict guidelines designed to achieve sharp reductions in greenhouse gas emissions by mid-century; to achieve these goals, the California Air Resources Board extracts fees from companies for the pollution that they produce. Each year, the state allocates millions of dollars in these cap-and-trade funds for climate mitigation projects, with 25% of the money going toward disadvantaged and low-income neighborhoods.

The transportation and the renewable energy sector receive the bulk of the money. But just as important to many communities and to city officials are projects meant to improve living conditions for California’s nearly 40 million inhabitants.

One of the most notable milestones in the state’s carbon-cutting programs was the award of $66.5 million to Fresno, under the rubric of the Transformative Climate Communities program (TCC). At the heart of the effort is a data analysis tool that could provide a template for other states.

Fresno, with about 530,000 residents, is California’s fifth-largest city. And like many major metropolitan areas, the population consists of a broad mix of people. The community of Watts in Los Angeles and the city of Ontario in San Bernardino County were each awarded $35 million in TCC funds, respectively.

“This is the state of California’s way of coming alongside communities faced with environmental, economic and equity challenges to assist them in leapfrogging into a state of development that is sustainable,” said H. Spees, director of strategic initiatives for Fresno’s mayor’s office.

Launched in 2016, the TCC program recognizes that California’s poor, often marginalized communities have borne the brunt of discriminatory practices that placed minority groups in the path of polluting industries and adjacent to traffic corridors.

While the bulk of the state’s cap-and-trade funds go to projects that can lower a city’s carbon footprint, like solar panels for low-income households, TCC differs in that it takes a triple-bottom-line approach to community investments to “provide local economic, environmental and health benefits” for cities like Fresno.

Fresno has had a long history of redlining and white flight. Beginning in the 1870s, the city’s minority and white residents had segregated along racial lines, and the legacy of those discriminatory practices had resonated across generations. Decades of neglect — due to a lack of community investment by banks and successive city administrations — had gutted parts of the city.

“It still astonishes me, the divide between north and south Fresno,” Elenes said.

Rather than depend on the testimony of historians and activists to prioritize which communities should receive TCC funds, decision-makers can take an evidence-based approach.

In 2013, state officials created an interactive database called CalEnviroScreen. At its core, CalEnviroScreen is a data visualization tool that compiles socio-economic data to reveal the hidden effects of pollution on vulnerable communities.

“CalEnviroScreen was designed as an environmental justice tool, but grew out of a need to measure multiple sources of pollution,” said Sam Delson, deputy director of legislative affairs for CalEPA.

California’s 1,800 ZIP codes were tabulated and color-coded according to 18 (now 20) socio-economic and environmental indicators, such as traffic density, air quality, education and unemployment. ZIP codes in the light green range suffered little in terms of poverty and environmental degradation. On the other hand, blue is an indicator that both poverty and pollution are prevalent. A deep shade of blue engulfs many of Fresno neighborhoods.

Over the past four years, the map has become even more detailed, incorporating 8,306 census tracts statewide. As of 2018, five of Fresno’s census tracks ranked in the 99th percentile, among the worst in the state.

The maps generated by CalEnviroScreen confirmed what community advocates like Elenes had suspected but found difficult to prove in the abstract — that high rates of poverty and pollution are linked in Fresno.

Upon final approval by state officials, the funds for TCC projects are expected to start to flow by years’ end. The first goal is to build a conduit between downtown Fresno, Chinatown and southwest Fresno. Spees anticipates it will start with a trickle and end with a flood of construction. Fresno has five years to complete about two dozen housing and infrastructure projects designed to ease traffic congestion and revitalize the downtown corridor.

The TCC grant also requires the city to match the grant by 50%, a number that Fresno has more than doubled through public and private partnerships.

“Fresno has two futures,” Spees said. The default, he said, is that Fresno does nothing with an apocalyptic future of poverty and despair. Or, he added, city officials and stakeholders can build sustainable communities based on a diversified economy: “the TCC is a down payment on our future.”

Correction: The city of Ontario is located in San Bernardino County. A previous version of this story misstated its location.

Enrique Gili is a freelance writer based in San Diego, California. He covers the intersection between science, nature and technology.