Photo By
Cybelle Codish / for the Energy News Network 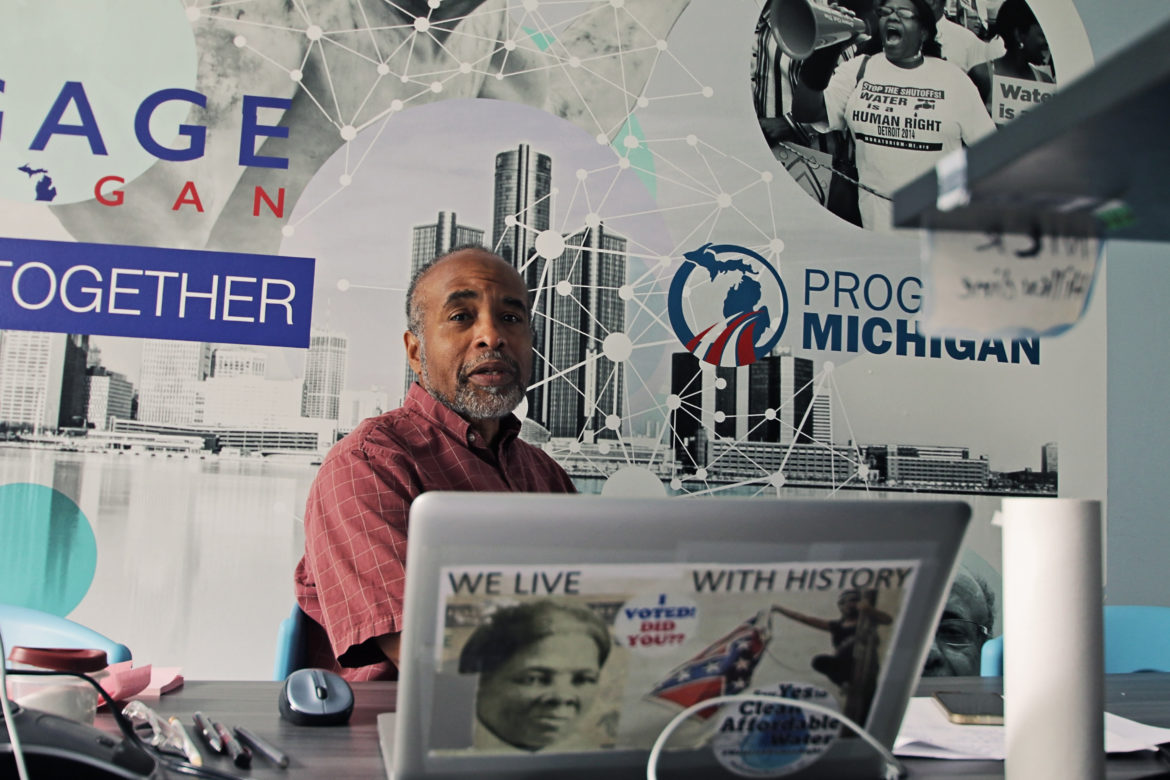 Citing poor air quality and environmental racism, residents of the majority Black neighborhood surrounding the plant had long fought for its closure.

The recent shutdown of the largest municipal trash incinerator in the U.S. marks the end of a long-fought battle for a majority Black neighborhood that has for decades fought a constant stream of pollutants and pungent odors of trash.

Activists have spent decades fighting the incinerator, known as Detroit Renewable Power, which burned one million tons of solid waste from 13 counties in southeastern Michigan each year to create steam and electricity, according to Breathe Free Detroit.

Breathe Free Detroit is a campaign that collected nearly 15,000 petition signatures starting last year demanding Detroit Mayor Mike Duggan shut down the incinerator because of its link to air pollution.

The plant closed down March 27, though the threat of hazardous toxins still lingers within the residential area of the incinerator; the site serves as a transfer point for garbage shipments and will send waste to a nearby city.

Hunter reveals key factors that helped in the push for the facility’s closure.

“We may only know later what finally brought us justice and closed the thing, but I know that elected officials generally respond to demands from big numbers of constituents which the signatures represented,” Hunter said.

Hunter felt motivated to fight against the incinerator as he compared the grim realities of his own Detroit neighborhood to the clean air of northern Michigan.

“Everyone in our campaign has a different path to environmental justice work,” he said. “For me, it was being raised in the ‘60s and ‘70s during a time of foment, traveling to the more pristine parts of Michigan as a child and realizing just how polluted my community was.”

He recalls how the first protests ranged from marches to people chaining themselves to fences near the construction site of the incinerator, originally operated by Combustion Engineering Inc. and owned by the city of Detroit in 1986.

“We were just trying to educate, while the studies were being conducted by environmental opposition groups about our cause,” said Kathy Rashid. One of the early protestors, Rashid remembers feeling euphoric during those moments of public resistance, working with other members that were fighting for the same cause. They made sure to have enough money collected to bail each other out of jail, she said.

That unyielding commitment to justice and clean air paid off.

“We won, after 33 years!” Rashid said over the phone. “Everything we ever said about this poisonous monstrosity was borne out. What environmental destruction and money wasted. They should have listened to us.”

Kim Schroeder has lived near the incinerator for more than 20 years and said she has seen asthma and lung problems run rampant in her neighborhood.

“Everyone smelled not the smoke but the sickly sweet smell of rotting garbage,” she wrote in an email. “There was a period of almost six years where I could not allow my kids to play outside on the weekends because the smell was nauseating. It was a vast area, but what is more dangerous is what we could not smell, which is the sulfur that they were putting in the air.”

Ernest Butler, who has lived near the plant since 2017, has had his own concerns about the incinerator and the effect on his health.

“I’m glad it’s closed,” he said. “I got sick to my stomach, felt like I was going to vomit from the smell and have trouble breathing. It’s hard for me to have visitors in my home when they are burning garbage because the smell is too much.”

Kanica Bay, a Detroit resident, remembers growing up in a neighborhood free from contaminants of the Detroit Renewable Energy incinerator. Now, she lives closer to the now-closed facility. Students from nearby Wayne State University conducted studies to prove the harmful effects of the air quality within the area.

“I live in a senior building — there’s too many people with respiratory issues,” she said. “Wayne State came along and did research — we had to carry around these machines. I asked them when they were through, ‘What did their research find?’” Bay added, “We have quite a few people in our building on oxygen tanks and getting sick from the air.”

The Wayne State University Medicine and Public Health Sciences research students discovered that the residents of their sample group living within a 5-mile radius of the incinerator experienced a decrease in their quality of life. The findings also revealed that 90% of the seniors who participated in the case study suffered from respiratory diseases such as asthma and lung disease, which evolved into chronic obstructive pulmonary disease.

The polluted air has been linked to a spike in asthma cases since the facility opened in 1986. According to a 2016 report by the Michigan Department of Health and Human Services on disparities in Michigan’s asthma burden, asthma rates for adults are 29% higher in Detroit than the entire state of Michigan.

The department also explains that asthma rates for Black children and adults are more than three times the rates for White children and adults. Families who are subjected to living near harmful environmental stressors often don’t have the means to pack up and move away from these polluting sources.

While activists and community members are thrilled the incinerator is closed, there are many who question the timing of the closing along with the increase of Detroit’s property values. Detroit is getting new investment from developers and from middle-class White people who are moving into areas previously neglected.

Tlaib, who comes from a large family of 13 brothers and sisters, says she sees her constituents as an extension of her own family and wants to include the community in conversations about what will happen next with the property surrounding the incinerator.

Some 150 people lost their jobs after the incinerator closed. Hunter, with Breathe Free Detroit, points to potential jobs in recycling and material recovery — a process that separates and recycles materials and has the potential to produce more jobs than incineration. Employment fairs are taking place to help connect these unemployed workers with jobs in energy sectors.

“Companies should adhere to the needs and wants of the host communities,” Tlaib said. “If these large corporations continue to violate air quality standards, the community members have the right to sue.”

Kianga Moore’s reporting was produced in partnership with the Race and Justice Reporting Initiative at the Detroit Equity Action Lab, a program of the Damon J. Keith Center for Civil Rights. This initiative is funded by the Knight Foundation, Ford Foundation and Community Foundations for Southeast Michigan.

Detroit-born, California-raised Kianga Moore is a writer, producer, journalist and community activist. Early in her career, Moore moved to Las Vegas to write for the Las Vegas Tribune, then pursued her Bachelor of Arts in journalism from Wayne State University. For the past few years, she’s focused on script writing and TV production and is currently finishing production for "The New Black," a scripted series about black women in tech.