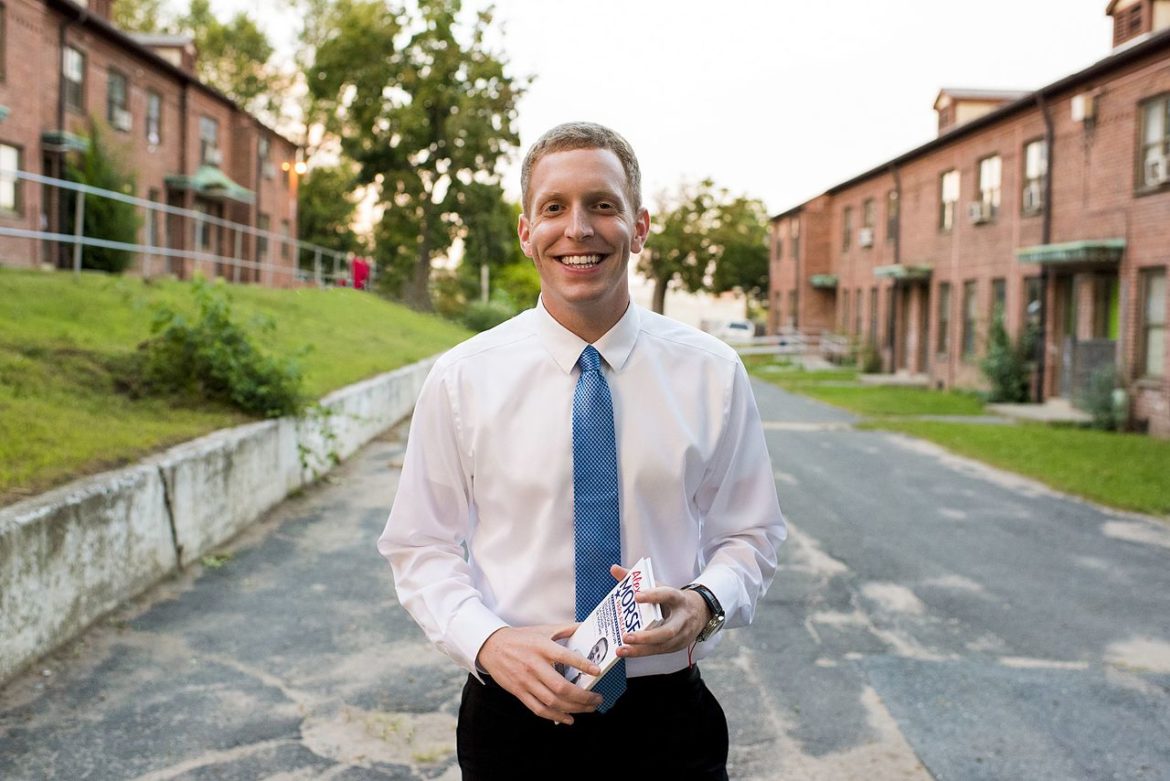 The debate in Holyoke, Massachusetts, is not unique in the Northeast, where pipeline constraints are forcing decisions.

A Massachusetts mayor is siding with safety and environmental groups in a pipeline debate that’s pitting climate fears against local economic concerns.

The city’s mayor, though, says that expansion should not be built. In mid-June, Mayor Alex Morse wrote to federal regulators asking them to deny the project because it would increase emissions and run counter to the city’s goal of meeting its energy needs with clean and renewable resources.

“Succumbing to pressures around the need for natural gas in the short-term, would not be a longer-term answer to the dangers we face,” Morse said.

The conflict in Holyoke, a western Massachusetts city of about 40,000 people, is not unique.

In recent decades, the available supply of natural gas has soared nationally, driving prices so low that many oil and coal-fired power plants have cut back operations or gone out of business altogether. Yet, in New England, natural gas delivery infrastructure has not kept pace with supply, largely because of objections from environmental groups and communities that worry about the potential health and safety dangers of pipelines.

“We have severe natural gas constraints,” said Stephen Dodge, executive director of the Massachusetts Petroleum Council, a gas industry trade group. “It’s been exacerbated by the lack of any will or ability to add natural gas infrastructure.”

The result is a growing tension between energy demands and environmental concerns, even in municipalities dedicated to moving toward clean energy sources. The ongoing debate in Holyoke offers a case study in how communities strike a balance between short-term needs and long-term goals at a time when climate change is an increasingly urgent issue.

Holyoke Gas & Electric, which also serves the neighboring town of Southampton, has a solid clean energy track record. The company has partnered with private firms to develop more than 17 megawatts of solar capacity in the city. Together, these projects generate power equivalent to the energy needed to power 17% of the city’s households, the utility estimates.

The largest of these projects is the Mt. Tom solar farm, a 5.8-megawatt development on the former site of a coal-burning power plant. In the fall, Mt. Tom also added a utility-scale battery storage system, the second such installation in the state.

As the utility has been building its renewable portfolio, however, natural gas supply constraints have been a growing problem. In January, the company announced a moratorium on future natural gas hook-ups.

“Over the last several years, HG&E’s load has grown significantly and is now operating at capacity during peak periods,” the company wrote in its official announcement. “While inexpensive natural gas has never been more plentiful in the United States, there is insufficient pipeline capacity in our region to deliver additional load.”

At least a dozen other towns in western Massachusetts have been hit with similar freezes.

Even before the moratorium, Holyoke Gas & Electric had signed an agreement to support a project that would replace more than 2 miles of existing, smaller pipes with larger ones. The infrastructure would be built by Tennessee Gas Pipeline Co.; Holyoke Gas & Electric and Columbia Gas have agreed to purchase the additional supply the project would bring.

Environmental and community groups have opposed the plan from the beginning. Neighbor to Neighbor Massachusetts, Climate Action Now Western Massachusetts, the Pipeline Awareness Network for the Northeast, and others have argued that methane from leaking pipes as well as emissions from burning the gas will exacerbate climate change. They have also expressed safety concerns about the involvement of Columbia Gas, the company responsible for a series of natural gas explosions and fires in the towns of Andover, North Andover, and Lawrence in the fall.

Morse made clear his intention to fight the plan in an Earth Day announcement, in which he wrote, “I cannot in good conscience support the building of this pipeline … We cannot break our addiction to fossil fuels by feeding the urge to consume more of them in the name of short-term extensions.”

Pipeline opponents argue that a better way forward is to address demand.

“They say this region is asking for more gas so they have to address it,” said Jacqueline Velez, a community organizer with Neighbor to Neighbor. “We’re trying to find a way to make sure it’s not needed.”

The money that would be spent on the pipeline could be invested in finding ways for local businesses and homes to use less gas, eliminating the need to boost supply. Morse has declared his intention to work with the utility to create programs that would help the biggest consumers use less gas and implement renewable energy. There are also plans to convene a working group that would draft specific policy recommendations for meeting the city’s energy needs without increasing the flow of natural gas.

Supporters of the pipeline plan, however, say the city should trust the judgment of the utility managers to ensure the community has an adequate energy supply.

“When you have an organization as civic-minded as Holyoke Gas & Electric, I think you get behind them and support them — the city needs to expand its capacity,” said Holyoke city councilor David Bartley.

Some supporters also theorize that stopping the pipeline could cause environmental and economic damage. The demand for fuel is not going away; without an increased supply of natural gas, they say, consumers will turn to options like oil that generate more carbon emissions than natural gas.

And the existing constraints are costing consumers money, Dodge noted. At times of high demand, prices for the limited supply of gas soar. Customers in New England end up paying some of the highest prices in the nation, even though wholesale prices for natural gas are currently some of the lowest ever.

In December, the average price of 1,000 cubic feet of natural gas for residential customers nationally was $9.63, according to the U.S. Energy Information Administration; in Massachusetts, it was $15.16, the fifth-highest in the country.

Still, Morse argues, bringing in more gas would just be business as usual at a time when the environment needs unconventional action. And if Holyoke can break old patterns, perhaps other communities will follow, he said.