Photo By
NASA on The Commons / Flickr / Creative Commons 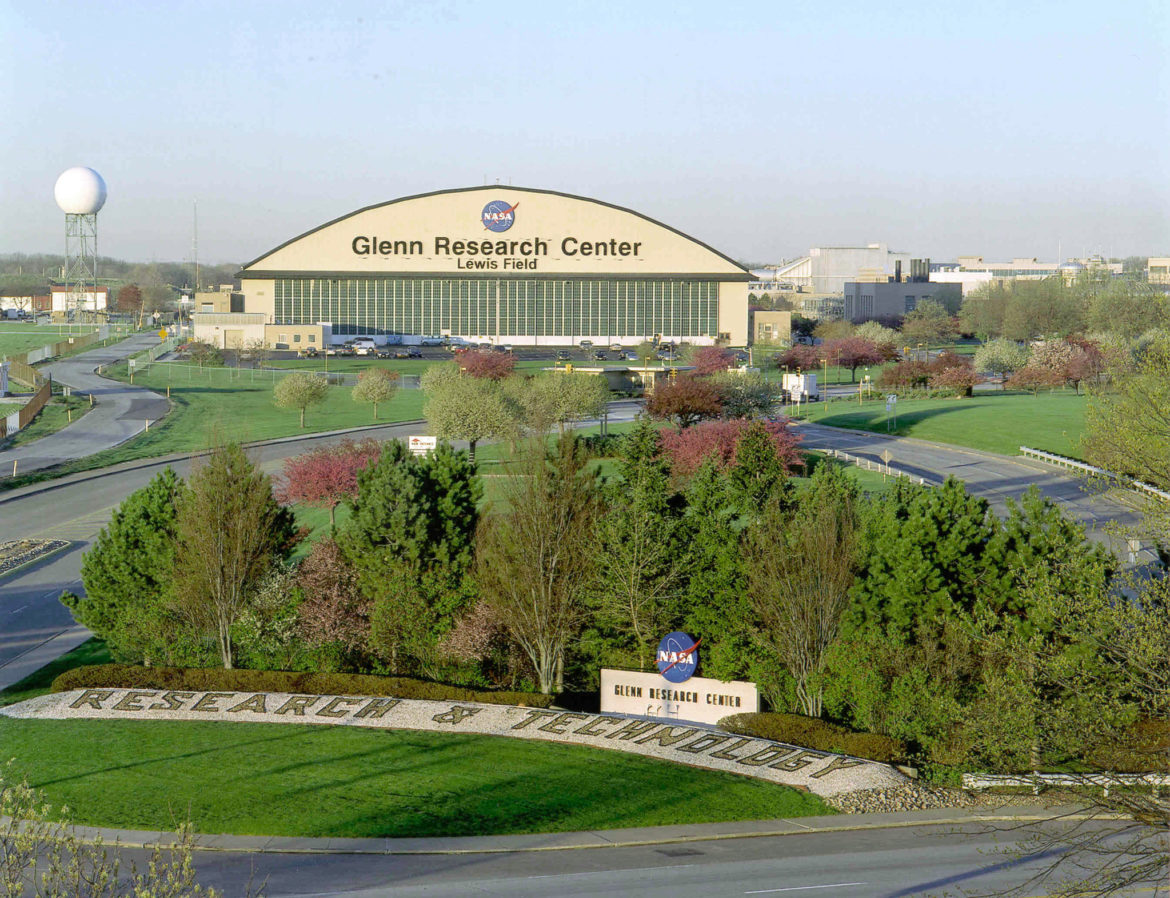 The U.S. space program’s plans to return to the moon are breathing new life into the agency’s research on fuel cells and increasing the potential for commercial technology transfer here on Earth.

Fifty years ago, humans first walked on the moon. The National Aeronautics and Space Administration’s long-range goals now call for small landers, and then crewed missions, with eventually an orbiting base and a surface-based station. Those plans have “significantly revitalized” research on fuel cells for space, said engineer Ian Jakupca, who works in the Direct Energy Conversion group at NASA’s Glenn Research Center in Cleveland.

Fuel cells use hydrogen and oxygen to produce electricity and water. In contrast to Earth-based fuel cells that can use air as a source of oxygen, fuel cells for space need to run on pure hydrogen and pure oxygen.

Now fuel cells that Jakupca works on use a solid plastic called Nafion for their electrolyte. That’s the medium that conducts gaseous ions for the fuel cell’s chemical reaction.

Other innovations include a wicking system to carry water away from individual fuel cells, versus a mini leaf-blower kind of system that Earth-based systems use. “In space that is a means to fail, so we intentionally designed that component out,” Jakupca said.

Why fuel cells? For one thing, they’re lighter. For another, they last longer. A compact, 12-pound device with stacks of those fuel cells can produce about 250 watts of electricity continuously for one or two years, while a comparably sized battery might work for about a month, Jakupca said.

With a price tag of about $1.5 million per kilogram of material shipped into space, he and others are also looking at possible sources for hydrogen and oxygen on the moon. Water has been found in the lunar regolith. Electrolysis of that water could avoid problems from contaminants in that “dirty water.”

Jakupca and others are also working on a regenerative fuel cell, with a goal of testing at Johnson Space Center in three years. It would be able to produce electricity from hydrogen and water. But it could also run in a reverse recharge mode, using electricity and water to produce hydrogen and oxygen. In space, some of that electricity input could presumably come from solar panels.

“The regenerative fuel cell is rarely used here on Earth,” Jakupca said. For a possible lunar surface base, however, it “is the only non-nuclear option.” And for various reasons, building a nuclear plant on the moon would be “problematic,” he added.

NASA has been able to borrow from some advances in industry. That includes improvements for the solid state fuel cell, as well as some improvements on electrolysis. In turn, NASA’s work could benefit the commercial sector in the future.

“If they’re going to be working on a fuel cell for the moon or for space, there certainly could be an application,” said Executive Director Pat Valente at the Ohio Fuel Cell Coalition. “We learn from each other.”

For example, improved electrolysis could make it cost-effective for fuel cells to avoid any inputs from fossil fuels and the greenhouse gas emissions from them. Advances could also pave the way for fuel cells to be a competitive choice for renewable energy storage.

For cost reasons, the hydrogen for most Earth-based fuel cells currently comes from reformed methane. Yet those fuel cells can already reduce greenhouse gas emissions substantially.

A fuel cell’s electrochemical process yields roughly twice as much energy as burning a comparable amount of the natural gas input used to produce its hydrogen fuel, Jakupca said. So, the more efficient fuel cell would use “roughly half” the natural gas. That and other reasons underlie NASA’s work with the Department of Energy on that agency’s “Hydrogen at Scale” goal to develop infrastructure for fuel cells.

Meanwhile, NASA’s Technology Transfer Program is already “open for business,” said Licensing Manager Amy Hiltabidel at the NASA Glenn Research Center. “Our goal in Tech Transfer is to move our research out into commercial industry in order to benefit the taxpayers who produced the research.”

A materials engineer by training, she and others work to understand what NASA scientists and engineers have developed. Then they try to figure out possible commercial or industrial applications and find companies to license the technologies.

“We have an understanding of some industrial problems. And our NASA scientists come up with some neat solutions,” Hiltabidel said. “So we dream up ways to apply these solutions to these problems, kind of like MacGyver.”

Technology licensed from NASA makes the company’s fuel cell design “very mechanically stable,” Goodman said. That’s a big deal for trucks rumbling down the highway, just as it is when launching a spacecraft.

Petra Power’s design will also be able to use “a wide range of fuel inputs” for its hydrogen fuel, including diesel or JP-8 military fuel, Goodman said. In his view, the company’s work can help cut emissions while fossil fuels are still being used. And as the transition to clean energy continues, the fuel cells can readily be adapted to run on hydrogen from renewable sources.

“We could not possibly have had access to this fuel cell design without licensing it directly from NASA,” said Goodman, who estimates his company’s product will be on the market in one to two years. In contrast, developing it without NASA technology “would have taken at least eight years, probably more — and a lot of funding.”

Correction: Potassium hydroxide was the electrolyte in the now-obsolete fuel cells from the Space Shuttle. An earlier version of this story had the incorrect chemical name.