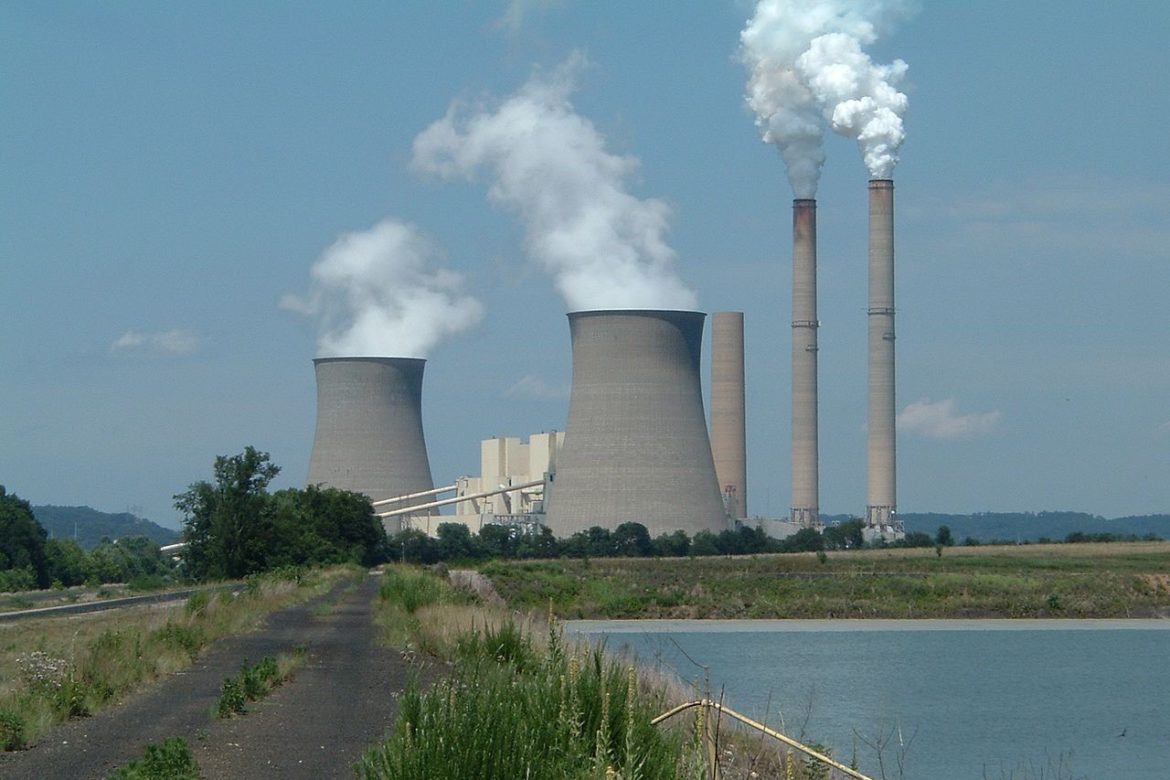 The General James Gavin Power Plant, along the Ohio River, was one of 10 Ohio sites near which environmental groups found elevated groundwater contaminant levels.

Even without floods, multiple Ohio sites already have been found to have elevated contaminant levels in groundwater.

“We know that there’ve been many coal ash spills because of floods in the past,” said policy analyst Gideon Weissman at the Frontier Group in Boston. Just last year, floodwaters from Hurricane Florence swept coal ash into North Carolina’s Neuse River, for example.

Coal ash ponds can cause contamination from arsenic, mercury, selenium, lead, boron, bromine and other compounds, Weissman said. Those chemicals can harm human health. Some of them also build up in fish over time. And in some circumstances, coal ash spills can blanket riverbeds and smother species, according to a 2019 report from Frontier Group, Environment America and the U.S. Public Interest Research Group Education Fund.

In the Midwest, 21 coal plants have ash ponds within a quarter-mile of the Ohio River, that report noted. “And five of those coal plants were in 100-year flood zones,” Weissman said. “The Ohio River is a critical piece of our landscape. And it also supplies drinking water for more than 3 million people.”

Ohio plants near the river include the W.H. Zimmer power plant in Moscow, the J.M. Stuart plant in Aberdeen, the General James M. Gavin plant in Cheshire, and the W.H. Sammis plant in Stratton.

“The entire Ohio [River] has been for the most part really elevated for the past year,” NOAA hydrologist James Noel said in mid-June. “We’re running like maybe four times the normal flow” for some of the upper sections, he added. Closer to Cincinnati, the volume was “maybe five times the normal flow.”

There was no active flooding at that time, and Noel noted that flow levels varied with time and place. Nonetheless, he said, “there’s so much water in our system that it’s going to take a while even if the rain calms down to get the [extra water volume] out of our system.”

“Contact with water is what weaponizes coal ash,” said Earthjustice attorney Thomas Cmar. Yet an Obama-era rule let power plant owners “continue to store coal ash in unlined pits despite the overwhelming evidence that this practice causes dangerous groundwater contamination and is vulnerable to catastrophic flooding events and spill.”

When soil doesn’t have a chance to drain, runoff increases. Meanwhile, water in saturated soil can eventually seep through. Industry reports show that more than 95% of U.S. coal ash ponds are unlined, Earthjustice found.

So while catastrophic spills “get a lot of attention, the most tragic harms from coal ash happen in slow motion: from the steady leaking of pollution from unlined pits into groundwater and nearby water bodies,” Cmar said.

Earthjustice, the Environmental Integrity Project and partner organizations released an online toolkit earlier this month that maps data from industry reports on more than 740 coal ash units in 43 states and Puerto Rico.

Elevated contaminant levels were found near sites for more than 90% of coal plants that provided groundwater monitoring results, the groups found. Ten Ohio plants were on the list, including the Gavin, Zimmer, Sammis and Stuart plants. Also on the list were two 1950s-era coal plants for which utilities have been seeking subsidies.

Emails to Kindle Energy and a phone call to the Gavin plant were not returned. Vistra Energy likewise didn’t respond to requests for comment regarding the Zimmer plant.

The Stuart Station ceased operations in June 2018, but owner AES Ohio Generation is in compliance with the federal coal combustion residuals rule, said Dayton Power & Light spokesperson Mary Ann Kabel. Groundwater protection levels for some contaminants had been exceeded at some sampling points near ponds at the Stuart and Killen stations in Ohio, although those samples were “not representative” of groundwater in other locations.

The company is currently determining the nature and extent of potential impacts and will provide public notice of any corrective action plan, she added. “AES Ohio Generation is committed to the safety of people in our communities and will close all ponds in accordance with state and federal regulations,” Kabel said.

Noel at the National Oceanic and Atmospheric Administration didn’t comment on the risk of flooding at any specific plant’s ponds. However, he noted, it’s more helpful to think of a 1% risk of a flood of a certain size instead of one that might happen only every 100 years. And floods of that extent could well happen several times within a few years.

Moreover, “the risk of flooding and extreme weather is, as we all know, changing with climate change,” Weissman said. “We’re seeing more extreme weather. And there have been plenty of cases around the country where 100-year flood zones are flooding regularly.”

The Environmental Protection Agency rolled back coal ash rules in July 2018, and Earthjustice and others sued. Then in August 2018 a federal court held that “even the Obama coal ash rule was too weak,” Cmar said.

“This was a big victory for our side that has forced EPA to rethink its rollbacks of the coal ash rule,” Cmar said. “After we filed our lawsuit to challenge the rollback, EPA decided to ask the court for what’s called a remand — essentially, a ‘do-over’ — where the agency takes the rule back to rewrite to try to fix its legal flaws.”

The agency told the court it would finish that process by December, so it will likely publish a proposed rule for public comment sometime this summer, he added.

“Unfortunately, all of the signals that we are hearing from the Trump EPA are that despite being ordered by a federal appeals court to make the coal ash rule stronger, the administration is going to continue pushing to find ways to make it weaker,” Cmar said. “We expect EPA to issue new proposals that would severely weaken coal ash protections [by] inserting illegal loopholes that would allow power companies to continue dumping toxic coal ash in an unsafe manner that puts public health and safety at risk.”

Meanwhile, coal ash ponds in Ohio and elsewhere are still “accidents waiting to happen,” Weissman said. “These sites were unsafe to begin with, and the changes in extreme weather are making these sites more dangerous every year.”