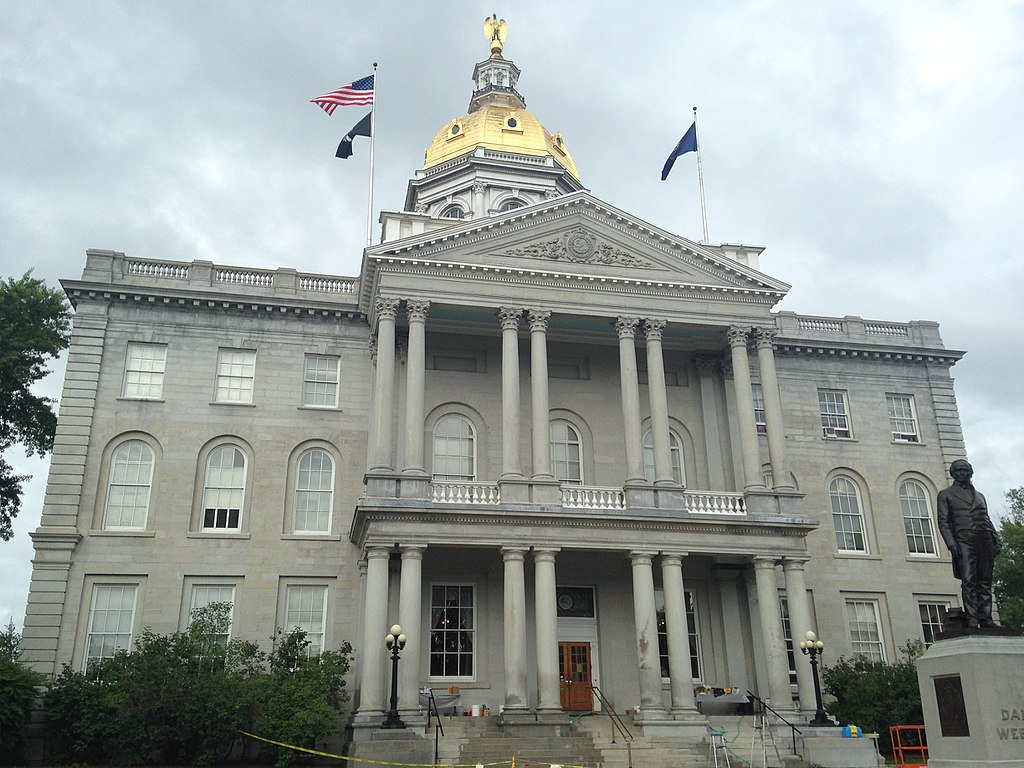 The New Hampshire Statehouse in Concord.

A consumer advocacy group is seeking to intervene in a New Hampshire biomass subsidy case, saying the New England Ratepayers Association is misrepresenting itself.

Consumer advocacy group Public Citizen and New Hampshire legislative leaders have asked federal regulators to require a nonprofit that opposes state renewable energy subsidies to reveal its members, charging its claim that it represents ratepayers misleads the public and regulators.

The filing was made Thursday in a case before the Federal Energy Regulatory Commission that challenges state passage of a subsidy meant to save six New Hampshire biomass power plants. Public Citizen wants permission to intervene in a pending case filed by the New England Ratepayers Association last November opposing the subsidy.

Parties normally have 30 days to intervene.

The filing says the group admitted in legislative testimony two years ago that it has 12 member companies. It says the average dues of more than $20,000 a year aligns more closely to how trade associations are funded, a characterization NERA disputes.

“Because NERA does not disclose the identities of its 12 members, it could be representing the financial interests of select industrial consumers, commercial consumers,or even wholesale power generation/distribution interests who may be financially impacted by the New Hampshire statute at issue in NERA’s Petition — not as ratepayers, but as wholesale market participants,” the Public Citizen filing states.

“Misleading FERC as to the true nature of an entity’s potential financial interest in a proceeding distorts the record, and falsely gives the impression that the claims and relief sought in the Petition are for the benefit of all ratepayers, rather than for the benefit of a small group of companies,” the filing adds.

Public Citizen said it was asked by citizens to investigate NERA due to its aggressive lobbying against pending energy legislation and the secretive nature of the organization. Chairperson Renny Cushing of the House Criminal Justice and Public Safety Committee and Chairperson Robert Backus of the House Committee on Science, Technology and Energy joined the filing. Both are past officials of the grassroots Campaign for Ratepayers Rights.

“It is apparent that Public Citizen used an incomplete transcript in an attempt to justify a baseless intervention request. NERA has testified to the fact that we have hundreds of members, both individuals and businesses, throughout New England — with membership increasing every year,” NERA President Marc Brown told the Energy News Network on Friday.

In a statement, the group said: “This is a desperate attempt to divert attention from the real issue — that [the biomass subsidy] is preempted by the Federal Power Act and in violation of PURPA. The elected officials and the organizations behind these ad hominem stunts should be more concerned with burdening New Hampshire’s electric ratepayers with $100 million in additional costs than engaging in attacks against an organization that has been consistent in opposing policies that increase costs to families and businesses — whether in the form of subsidies to natural gas plants in Massachusetts, nuclear power plants in Connecticut or biomass plants in New Hampshire.”

A copy of the publicly available NERA IRS Form 990 for nonprofit corporations was appended to the filing. The organization says it was formed in 2013 and lists its address as a Concord, New Hampshire, post office box. It listed 2018 revenue of $245,000 entirely from membership dues and had an end-of-year cash balance of about $120,000.

As a 501(c)4 organization, NERA is not required to disclose its donors to the IRS. Public Citizen lists its major donors in annual reports posted to its website.

In January testimony before the House Science, Technology and Energy Committee, Brown declined to identify the organization’s membership. He was testifying against a bill to increase the state’s net metering cap on solar projects from 1 megawatt to 5 megawatts.

The bill passed both houses of the Legislature but was vetoed by Republican Gov. Chris Sununu in June, an action praised by NERA on its website.

In the biomass subsidy case, NERA says the law passed by the Legislature in 2018 is an illegal interference in wholesale power markets, which are the jurisdiction of FERC and preempted by the Federal Power Act. That challenge was filed in November and is still pending.

The law, which was enacted by an override of a Sununu veto, directed the state’s utilities to enter into three-year power purchase contracts with the plants that would have resulted in above-market power costs of at least $75 million.

Power contract negotiations were stalled and the plants requested the Public Utilities Commission to order contracts earlier this year. The commission declined to act, citing the unresolved federal case. The plants then asked the New Hampshire Supreme Court to compel commission action.

New Hampshire legislators this year passed another subsidy using a different funding mechanism similar to the ones used by nuclear power advocates in other states. That proposal was added to an unrelated bill that is awaiting action by Sununu.

Most of the biomass plants closed earlier this year as they awaited a state rescue plan.