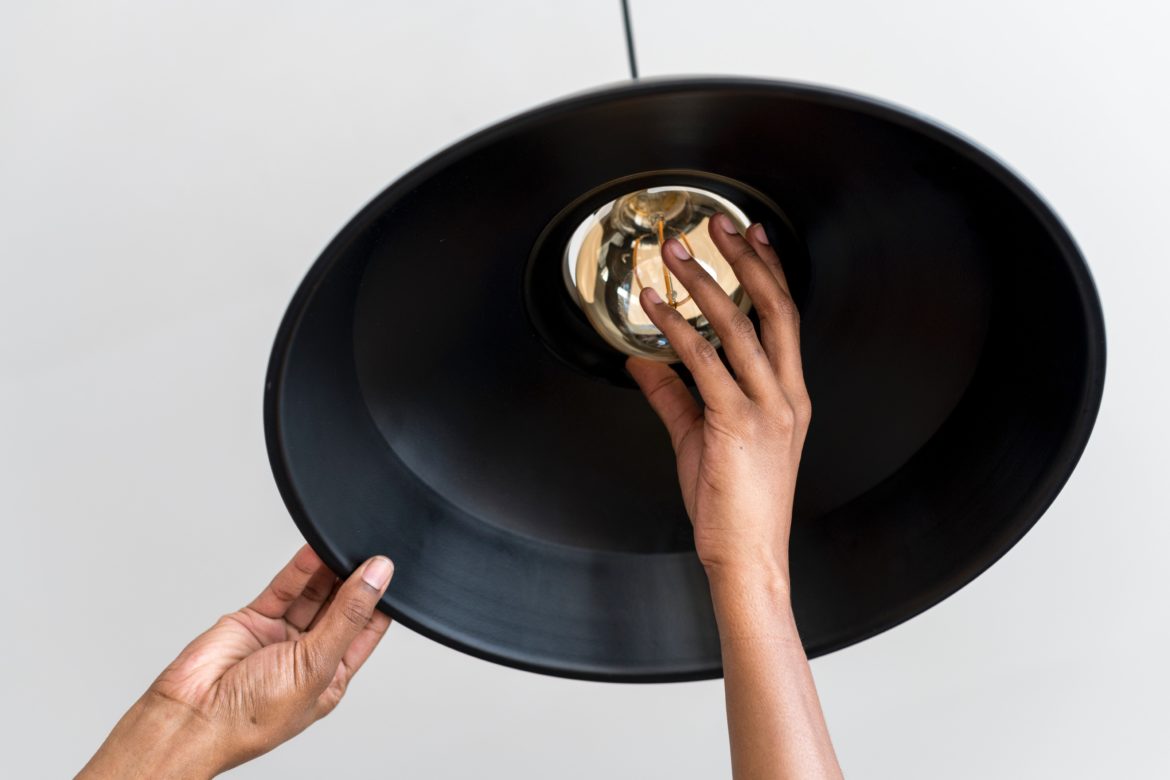 A pilot program in Charlottesville will reward landlords who accept housing vouchers with forgivable loans that can be used to fund efficiency upgrades, such as upgrading to LED lighting.

In March, when Susan Kruse learned how daunting it was to match low-income residents with rental properties in Charlottesville, the longtime environmental justice advocate saw a green opportunity.

As the new executive director of the Charlottesville Climate Collaborative, she sprang into action.

Kruse spent the next three months working with other problem-solvers to craft a fledgling $100,000 initiative that ingeniously marries local housing vouchers to boosting energy efficiency.

The Charlottesville Housing Advisory Committee gave final approval to her pilot program on Wednesday. The Voucher Energy Efficiency Pilot, or VEEP, is scheduled to launch in September or October.

In a nutshell, the yearlong pilot catalyzed by Kruse rewards landlords who accept city-issued vouchers from renters with forgivable, city-funded loans of up to $10,000 apiece to be spent on efficiency upgrades.

“The landlord wins by saving money and the tenants should be winners with reduced energy bills,” she said. “And at the same time this reduces greenhouse gas emissions.”

Initially, 10 landlords will be selected — half who already accept housing vouchers and half who don’t. Landlords can use the money for everything from the simple — such as adding faucet or shower aerators and upgrading to LED lighting — to the more complex, such as installing insulation and replacing old furnaces, air conditioning and toilets.

The plan is to start small and eventually expand across the Virginia city.

Kruse, who moved to Charlottesville from Pennsylvania in 2006, became leader of the climate collaborative, called C3, earlier this year. The nonprofit was created in 2017 to push local leaders to rein in emissions of heat-trapping gases in the college city of 49,000 in the shadow of Virginia’s Blue Ridge Mountains.

“Our mission is to look holistically and build local policies that can be replicated in other communities,” she said. “We’re no longer willing to wait for state or federal governments to act on climate change.”

Kruse knew that the city had rolled out its own housing voucher program for low-income residents in 2018. It’s called the Supplemental Rental Assistance Program.

But it wasn’t until she attended a city government meeting in March that she learned that the voucher program was receiving a lukewarm response from Charlottesville landlords.

That disconnect prompted her to brainstorm solutions that could entice landlords to help relieve the burden of high utility bills so often borne by the poor.

“Our mission is to understand those types of barriers and then make policy recommendations that overcome obstacles,” Kruse said. “This pilot is our first one.”

The voucher-efficiency link is being welcomed in a city — not unlike others across the country — where 60% of greenhouse gas emissions are attributed to the lighting, heating and cooling of residential and commercial buildings.

Plus, earlier this month, Charlottesville committed to reducing emissions 45% below its 2011 baseline inventory by 2030. It also became one of several communities nationwide vowing to be carbon neutral by 2050.

“This is about improving quality of life and having an economic impact,” Elliott said. “Property owners see a financial benefit to funding upgrades and it doesn’t put the onus on residents.”

Making sure places to live are affordable is just the first step in a city with such a tight housing market, she said. Then, renters need to be able to stay where they are and be comfortable.

One bonus of VEEP is that as landlords replace aging HVAC systems, the city will likely reduce the subsidies it now provides to tenants to cover gas bills, Elliott said.

Another benefit is how it built off an existing voucher program and money the city had already dedicated to residential energy retrofitting.

“They didn’t look to do something brand new,” she said of Kruse and her collaborators. “They looked at something that was in place and asked, ‘How can we add onto it to do even more?’”

Since 2010, the city has contracted with the Local Energy Alliance Program to carry out home energy upgrades. LEAP also will be administering VEEP. The nonprofit was created a decade ago when Charlottesville and surrounding Albemarle County were awarded a grant to fund a community-based energy efficiency organization.

Chris Meyer, LEAP’s new executive director, said he was motivated to advance Kruse’s pilot program because it can fill a crucial gap that has stymied his organization thus far.

“Despite having money allocated, our challenge is finding low-income households,” he said. “With this, we’ll be able to execute better and deliver more energy efficiency measures to low-income residents.”

Landlords approved for the pilot must agree to accept housing vouchers for five years. The forgivable loans they receive for energy improvements are not only interest-free, but the principal payment drops by 20% annually until it “disappears” after five years.

Each VEEP-approved rental unit will undergo an energy assessment to determine which energy upgrades make sense for that specific property.

LEAP, which has a second office in northern Virginia, provides energy efficiency services across much of the state. More recently, the nonprofit has ventured into renewable energy with a solar program.

The bulk of its budget is funded by municipalities as well as the money it receives for executing energy efficiency programs initiated by Dominion Energy.

“This pilot seems like a natural fit,” Meyer said. “It pretty much seemed to be teed up and that’s why it moved so quickly.”

Todd Niemeier is thrilled that the pilot allows the city to dangle a carrot that spurs landlords to act on two levels — helping low-income renters and greening their buildings.

“What’s brilliant about Kruse’s program is that it creates an incentive for landlords to take vouchers,” he said. “It’s a piece of the puzzle.”

As the community outreach and investigation specialist with the city’s Office of Human Rights, Niemeier helped to educate Kruse about landlords’ general reluctance to accept vouchers.

“Getting the voucher is the easy part,” Niemeier said. “But landlords are choosy in a tight market with a limited supply of housing. Once you get that voucher, it doesn’t mean landlords don’t want to rent to you.”

Charlottesville’s housing voucher program proved wildly successful after the City Council approved it in late 2017, with at least 160 residents applying via the city’s Redevelopment and Housing Authority.

Though modeled after a similar federal program, it is not connected with the U.S. Department of Housing and Urban Development.

The city has an inventory of about 300 privately owned rentals potentially eligible to accept vouchers, according to the housing authority’s website.

As of early July, only 77 voucher recipients had been placed in private rental properties, according to numbers gathered by Niemeier.

Another 20 applicants are in some stage of eligibility screening. It’s not clear how many voucher applicants are either on a waiting list or have perhaps timed out of the program because they couldn’t find a place to rent.

One of Niemeier’s overarching goals is opening up housing opportunities for low-income renters long perceived by landlords as too risky.

“Landlords need to understand that they hold the key to housing for a lot of people,” he said. “We have to figure out how we can change hearts and minds.”

One Charlottesville heart he won’t have to alter much is that of landlord Rebecca Quinn. The longtime environmentalist intentionally keeps the rent low on her two units near the University of Virginia campus as a way of providing affordable housing.

The only reason she hasn’t accepted vouchers yet is that she has long-term, stable tenants who moved in before the program was in play.

However, Quinn knows her old furnaces need to be replaced and one tenant has complained about high gas bills.

Joining the voucher energy efficiency program, she said, would make it easier to maintain her long-term commitment to renting to low-income tenants.

“As a landlord, I can make the decision that I don’t need to make money, but I do need to cover my costs,” she said. “The new program would allow me to cover costs and keep my apartments affordable. That’s what I’m looking to be able to do.”