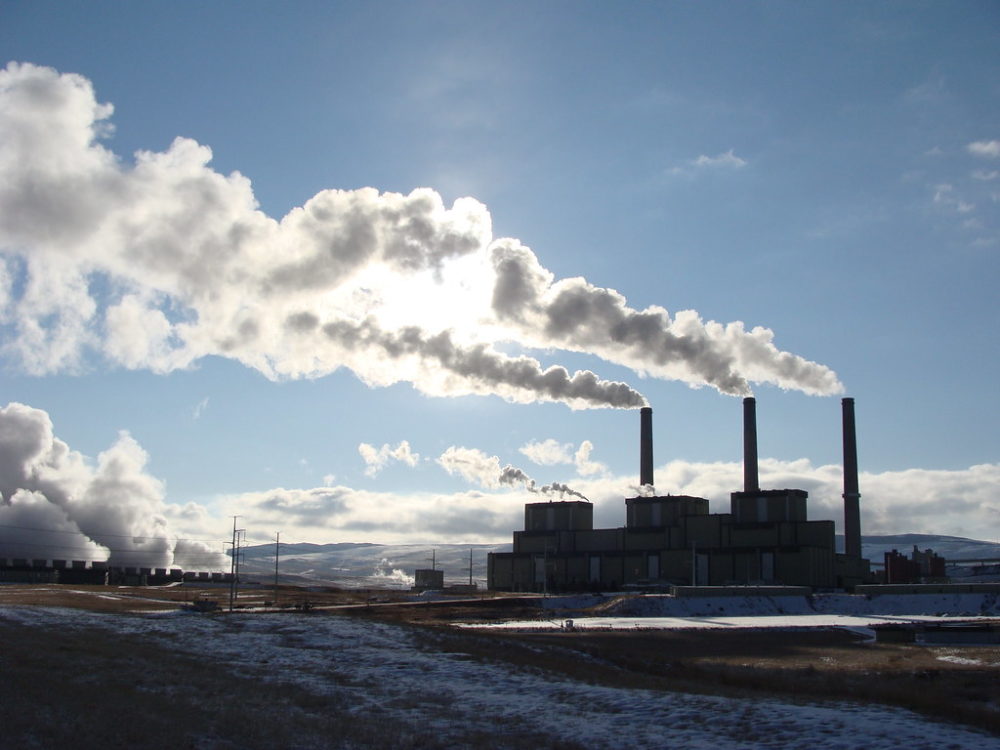 The Craig power plant in Colorado could be affected by its operator's plans to use cleaner energy.

Tri-State says it’s pursuing FERC regulation in an attempt to avoid overlapping state regulation, but the proposal is generating concerns.

Colorado has big climate goals. But to meet them, one of the state’s largest power companies is going to have to stop burning so much coal.

Tri-State Generation and Transmission Association Inc. is one of Colorado’s largest greenhouse gas emitters. Its two Colorado coal plants emitted 8.54 million tons of carbon dioxide in 2015, according to the most recent statistics. That represented roughly a quarter of Colorado power-sector emissions, or nearly 7% of all state emissions.

Colorado lawmakers passed a bill in the spring giving the state’s Public Utilities Commission a say over Tri-State’s long-term plans for generating electricity (Climatewire, May 31). Currently, almost half of Tri-State’s power comes from coal. The bill was part of a flurry of climate legislation, including a measure requiring the PUC to consider a social cost of carbon and another enshrining the state’s emission reductions in law.

Tri-State responded by announcing last month that it would seek to be regulated by the Federal Energy Regulatory Commission. The cooperative boasts of having members and power plants in four Western states, meaning federal officials can regulate its wholesale rates. FERC has traditionally elected not to exercise that authority over electric cooperatives.

The proposal has generated concerns from some Tri-State members and received an icy reception from Colorado regulators. One PUC commissioner accused the company of not being candid about its plans this week.

The showdown has raised questions about whether Tri-State is trying to subvert Colorado’s climate goals.

“They have been allergic to state regulation for a long time,” said Ron Binz, who noted the cooperative fought PUC oversight when he chaired the commission. “They are just learning the vocabulary of clean energy. They have done nothing meaningful in the past to show they are serious about it.”

The state will still have the ability to sign off on Tri-State’s resource plans, Binz said. The question is what will happen if FERC objects to the plan approved by the state.

“I would imagine there could be a conflict if FERC is going to have some say over what the resource mix is,” he said.

Tri-State says it is pursuing FERC regulation in an attempt to avoid overlapping state regulation. The cooperative also operates in Nebraska, New Mexico and Wyoming.

It is also talking about building more renewables. This week, Tri-State unveiled its “Responsible Energy Plan,” a proposal to move toward a cleaner energy portfolio.

The plan calls on retiring a small coal plant in western Colorado two years early. It also tasks former Gov. Bill Ritter, a Democrat with a green reputation, with leading a stakeholder process on how to make the shift.

The announcement builds on a series of recent moves by Tri-State to green its system. The company is closing one 446-megawatt unit at the 1,426 MW Craig power plant in western Colorado in 2025. This year, it announced moves to add 100 MW of solar and 104 MW of wind.

“Our board was unified in its direction to Tri-State staff to develop a responsible energy plan that is cleaner with lower emissions, while also having a goal of reducing rates,” said Lee Boughey, a spokesman for the cooperative. “It is a meaningful and substantive step forward to meeting the clean energy and flexibility needs of our members. It is a strong statement from our board on how we’re going to move forward in the future.”

He said worries that Tri-State is seeking to subvert Colorado’s climate goals by seeking FERC regulation were unfounded.

Tri-State has come under pressure from some of its members in recent years to boost its supply of renewables. One Colorado member, the Delta-Montrose Electric Association, has pushed to exit Tri-State’s system in an attempt to increase its access to cleaner energy. On Monday, Tri-State and Delta-Montrose announced they had agreed in principle to a settlement. The terms were not disclosed.

Critics are unimpressed by the cooperative’s green speak. They note Tri-State’s moves pale next to Xcel Energy Inc., the state’s largest power company. Last year, Xcel announced it will close two coal units at its Comanche Generating Station by 2026, a decade before its initial retirement date, and replace the power with renewables (Climatewire, May 7, 2018). It followed up with a plan to reduce emissions 80% by 2030 across its eight-state system.

Read more: Xcel Energy has an aggressive clean energy goal. How will it get there?

Skeptics also noted there was little new in the “Responsible Energy Plan,” with most of the moves being announced in previous months.

“Over the last month, Tri-State has rushed to limit the oversight of the Colorado Public Utilities Commission by becoming FERC rate regulated, in a secretive manner that has eroded any remaining trust between Tri-State and the Colorado Legislature and Public Utilities Commission,” Joe Smyth, research and communication manager at the Energy and Policy Institute, wrote in an email. “This announcement looks more like a PR effort to try and repair that damage than a serious commitment.”

Yet the most recent state figures show how far Colorado has to go. It reported greenhouse gas emissions of 126 million tons in 2015, or 1% above 2005 levels.

Reaching its 2025 goal will require Colorado to cut roughly 34 million tons of carbon. Nationally, coal plant closures have been the leading source of emissions reductions. Yet that trend has been relatively muted in Colorado; roughly half the state’s power came from coal in 2017.

That has begun to change. Xcel’s Valmont plant outside Boulder closed in 2017. It emitted 1.1 million tons of carbon in 2015. State regulators estimate closing Xcel’s two Comanche units would slash 4.5 million tons annually. And the unit slated for closure at Craig, the Tri-State plant, reported emissions of 2.8 million tons in 2017, according to EPA figures.

But even if Colorado cut coal out of its electricity mix, the state would still fall short of its 2025 goal.