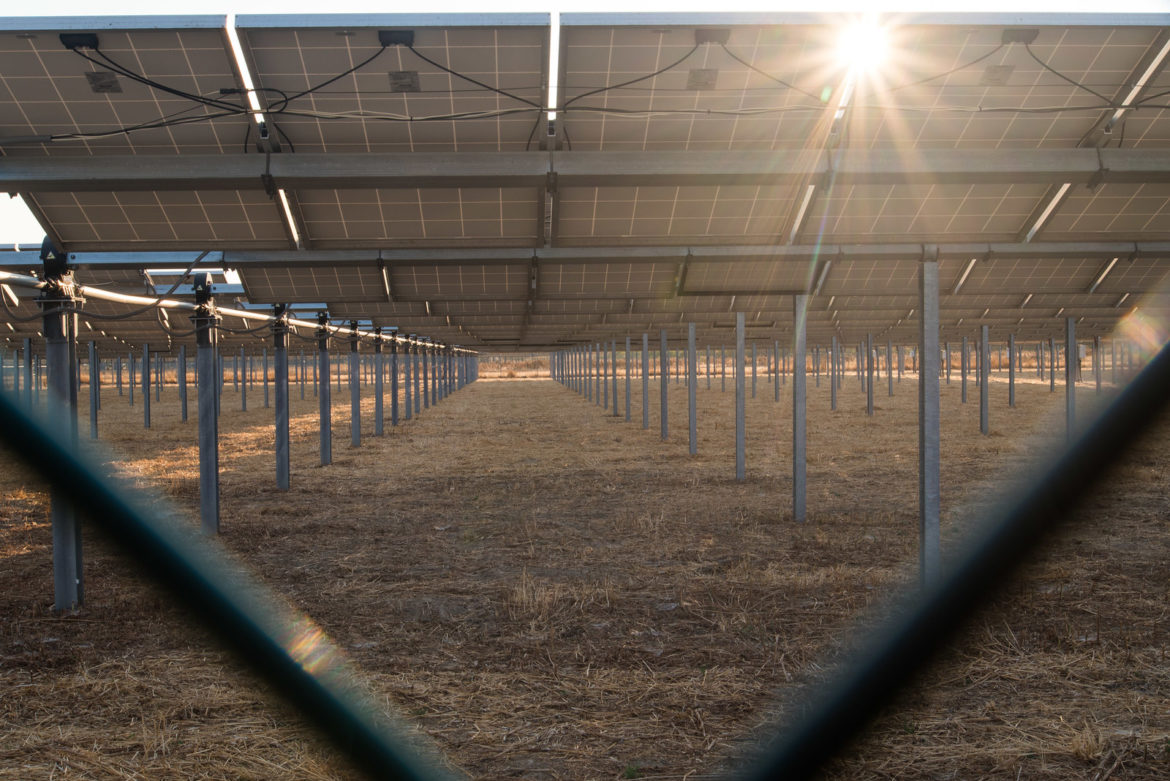 A new state law follows an earlier proposal that opponents said could have made projects prohibitively expensive.

A bill signed into law Friday by North Carolina Gov. Roy Cooper requires decommissioning rules for utility-scale solar and wind farms by the start of 2022.

The end-of-life regulations will come well before the vast majority of the state’s solar farms are expected to stop operating, and they won’t apply to the state’s one existing wind farm.

But the rules could satisfy years of complaints from renewable energy skeptics and head off new concerns about recycling and disposing of panels and storage batteries from ever-larger solar farms.

And because the standards will be informed by environmental experts and stakeholders, observers are optimistic they’ll be proportional to the threat.

“These solar projects are not coal ash dumps and they’re not nuclear waste facilities,” said Steve Kalland, the executive director of the North Carolina Clean Energy Technology Center. “You want to balance the level of risk mitigation with the actual level of risk.”

North Carolina is the second-largest producer of solar power in the country, with 5.5 gigawatts installed, according to the Solar Energy Industries Association — enough to power over 660,000 homes. The bulk is in the form of large, utility-scale projects: rows upon rows of panels mounted on land leased from farmers or other property owners and maintained by developers.

The vast majority of these installations were erected in the last five years and aren’t expected to give out until 2040 or later. But they won’t last forever: Some panels break during transport or get damaged after they are installed. Most will eventually be replaced with more efficient models.

Nearly all modules are considered “non-hazardous” by the U.S. Environmental Protection Agency and can, in theory, be tossed into landfills at the end of their useful lives.

But the industry strives to refurbish or recycle the panels, largely for economic reasons. By weight, the modules contain more than 80% glass and aluminum — two readily recyclable components — as well as copper, silver and semiconductor materials that can be recovered or reused.

“What we’ve found to date is that the recycled value of materials exceeds the cost of removal,” said Kalland, whose center has adopted a local model ordinance for permitting solar farms.

That’s in part why an informal survey in 2016 of eight major solar companies by the cleantech center found just one who sent damaged panels to a landfill rather than back to the manufacturer or to a recycler.

Under a 2013 state law, new wind farm developers must demonstrate they can pay to shut down projects when the time comes. But though many local governments require a decommissioning plan in the contract between the renewable energy company and the landowner, there are no statewide rules dictating what happens when solar panels give out.

The lack of uniform standards has led renewable energy critics to argue for large upfront bonds to cover the cost of decommissioning. A handful of counties have required their own forms of financial assurance, some backed by false claims that panels leach toxic chemicals into the ground or leave farmland unfertile after they’re gone.

The cleantech center drafted a white paper and conducted a series of community meetings in 2017 to help debunk such myths, and is now examining the allegation that solar panels contribute to pollution from emerging contaminants such as GenX.

“The biggest area for study and one that we’re looking at is the issue of whether or not there’s a link between solar panels and [GenX],” said Kalland, who believes the research will very likely show no connection. “I’ve seen it raised in the Legislature as an issue, so it would be good to get some actual data to put that suspicion to rest.”

While some claims about solar farms may be spurious, experts say the need to govern their eventual cleanup is not. That’s especially true following a 2017 law that will lead to solar farms regularly exceeding 5 megawatts in capacity and as developers add battery storage to projects, creating new potential problems with disposal and recycling.

“All of those uncertainties make this more of a question, and I think the industry acknowledges it.“ Kalland said. “The key is you just don’t want to kill the goose that laid the golden egg.”

Kalland compares solar to conventional plants run by Duke Energy, the state’s dominant utility. The company regularly files decommissioning plans with regulators, but proper disposal of coal ash, a coal combustion byproduct, has been the subject of years of debate. North Carolina has ordered the ash excavated and stored in lined landfills away from waterways, but Duke is appealing.

“You have to understand the risks in solar are considerably smaller than the risks associated with traditional power plant waste disposal,” said Kalland. “ You have to balance those out.”

The measure that became law Friday takes that “balanced” approach, proponents say, in contrast to an earlier decommissioning proposal put forward by Sen. Paul Newton, a Republican from Cabarrus County.

Newton’s bill cleared committee on a controversial voice vote, but ultimately the senator, a former Duke Energy president, negotiated a new version with the industry and Rep. John Szoka of Fayetteville.

The compromise measure that became law gives the task of developing decommissioning rules to the state’s Environmental Management Commission, a 15-member body appointed by the governor and the General Assembly.

The statewide rules, preferred by many over a smattering of county standards, will be informed by a stakeholder group to include the clean energy industry and its advocates. It must be convened by the state’s Department of Environmental Quality within two months.

“We think that DEQ will work with all the stakeholders to conduct a fact-based and thorough examination of issues around various kinds of energy decommissioning,” said Chris Carmody, the executive director of the North Carolina Clean Energy Business Alliance, a trade group. “And we think that is a good result.”

Both the department and the commission must report on their progress by the end of this year, with final rules adopted by Jan. 1, 2022. And though the law directs the commission to consider a range of standards — including financial assurance mechanisms and recycling requirements — it leaves the particulars to commissioners.

Rolled into another popular measure from Szoka that had cleared the House easily in April, the final measure drew only three “no” votes in the House and none in the Senate.

“I think that was a good, balanced win,” Szoka said.