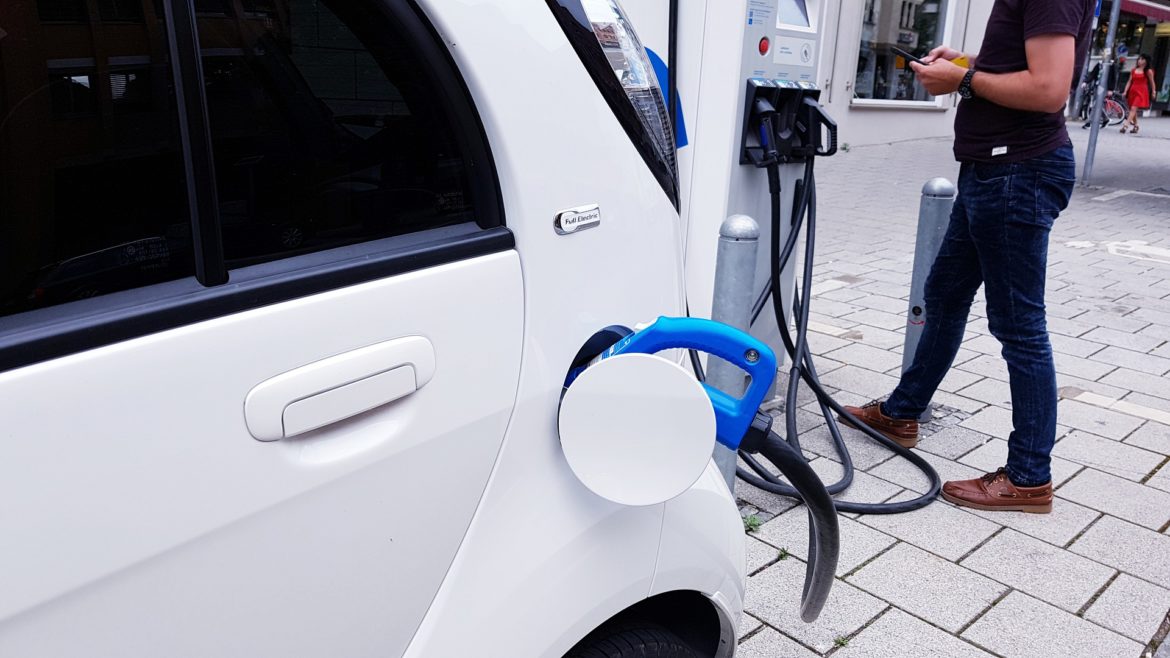 The Michigan utility issued 127 rebates in the first two months of its three-year, $10 million pilot program.

Consumers Energy says it’s happy with the launch of its electric vehicle charging station program and open to expanding the three-year, $10 million pilot.

In the first two months of the program, the Michigan utility issued 127 rebates for at-home and public electric vehicle charging stations. That exceeds internal and informal targets originally planned at this point, according to the company.

Rebates have also been issued across the utility’s Lower Peninsula service territory in both urban centers and rural areas.

“We’re exceeding our plans,” said Brian Rich, Consumers’ senior vice president for customer experience. “One of the most pleasant surprises and insights early on is how geographically dispersed it is across the state.”

While the rebates have been geographically dispersed, they’ve been concentrated among business customers. Overnight at-home charging will likely need to play a bigger role if the utility is to avoid straining existing grid infrastructure.

Of the 127 rebates issued so far, 92 have been for workplaces and other public areas, which are eligible for up to $5,000 for Level 2 chargers. Rich said applications are pending for DC fast charger rebates, which reimburse up to $70,000 for Level 3 chargers along highways and thoroughfares.

The PowerMIDrive pilot program was approved by the Michigan Public Service Commission earlier this year and launched in late May. It is capped at 3,000 rebates, more than 2,700 of which are for residential chargers.

Company officials say the strong start to the program matches electric vehicle adoption trends forecasted by trade groups and other analysts. Consumers says its push for customer education and marketing, particularly in the business sector, has also helped the program in the early stages.

“The fact that they’re doing so well already is great,” said Charles Griffith, director of the Ecology Center’s climate and energy program.

The Ann Arbor-based Ecology Center originally pushed for a larger pilot program size, and Griffith said Consumers has the option to request an expansion from regulators after the first year.

“That’s something we will likely ask them to do,” Griffith said.

And it’s something Consumers is open to, as well. Rich said the utility regularly shares data with state regulators about the pilot. “If the data shows we want to move faster, we would welcome increasing the pilot or going bigger in scale,” he said.

A planned automotive museum in Jackson — also the home of Consumers’ headquarters — is one of the early recipients of a Level 2 charger rebate. The Hackett Auto Museum plans to open in May 2020 and will display a Standard Electric car that was manufactured in Jackson in the early 1900s.

“For me, it was important to close the gap and be able to tell the story of an electric vehicle that was made back in 1911 and then literally walk outside to a brand new electric vehicle,” O’Dell said. “It’s interesting for our generation to look at the combustible engine going down the road and it’s literally disappearing right before our eyes.”

As electricity generation transitions to renewables, the electrification of transportation is seen as a critical next step for decarbonizing the economy and averting catastrophic climate change. In Michigan, transportation accounted for nearly one-third of carbon emissions in 2016, according to the U.S. Energy Information Administration. Electric vehicle adoption has been slow in Michigan, accounting for around 0.6% of cars on the road, and a lack of charging stations is a factor in drivers’ reluctance to switch from fossil fuels. Consumers’ program is among several in the state seeking to make the technology more accessible.

The strong start to Consumers’ program comes as DTE Energy begins its own $13 million pilot, known as Charging Forward. DTE’s program was approved three months after Consumers’ and data was not yet available on rebates.

State agencies have also been studying ideal locations for public fast-charging stations that would allow electric vehicle drivers to traverse the state on a connected network. Meanwhile, a bipartisan group of lawmakers introduced a bill package last month to bolster charging stations at certain state-owned land and provide tax incentives for small businesses that install chargers.

A key component to increasing at-home charging is encouraging drivers to charge during off-peak times of the day. Rich said data was not yet available on the extent that reduced time-of-use rates are used for charging. Time-of-use rates are set at 8.5 cents per kilowatt-hour compared to 12.3 cents during on-peak, he said.

So far these rates are only available to residential customers and a “small number of instances” at multi-unit dwellings.

Advocates say these price signals are key for electric vehicles benefitting the grid rather than straining it during peak hours. Given the relatively small amount of EV adoption, adverse grid impacts by widespread charging during peak hours isn’t yet a concern. However, advocates hope to see time-of-use rates available at public stations in the future.

Samantha Houston, clean vehicles analyst with the Union of Concerned Scientists, pointed to a recently approved charging program for Xcel Energy in Minnesota that allows for time-of-use rates at public stations.

Houston said a “vast majority” of electric vehicle drivers charge at home and take advantage of time-of-use rates when available. She added that Xcel is achieving 96% charging during off-peak times, “which is really exciting.”

For incentive programs that combine rebates and time-of-use rates, “All of that is really trying to get at some of the barriers we face in accelerating electric vehicle adoption,” Houston said.

While Rich said off-peak charging is a “learning criteria” of the pilot program, the utility also wants to broadly increase access to chargers for electric vehicle drivers through public stations.

“We’re pleased with how well spread out across the state interest has been,” Rich said. “The original desire for doing this pilot was to get electric vehicles [from being largely on] the coasts, and where better than Michigan?”