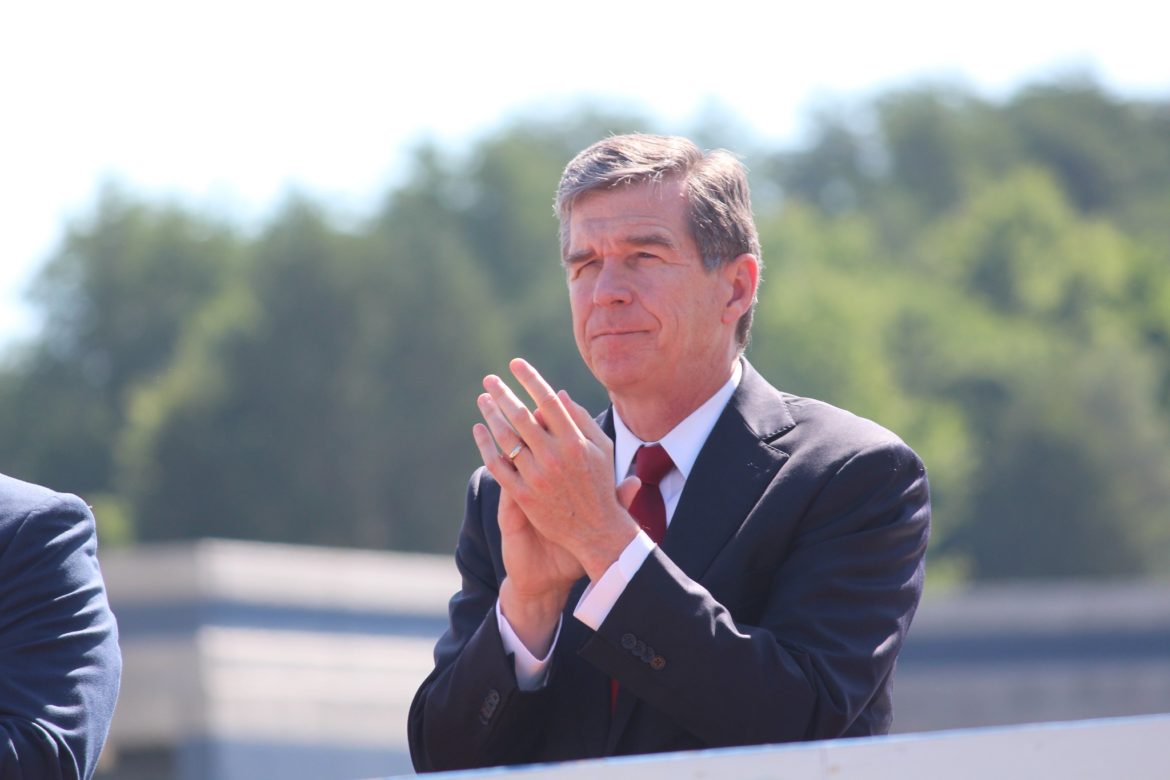 The governor and legislature can’t agree on who ultimately controls $92 million in clean transportation money.

More than a year after critics warned that a North Carolina budget provision would threaten the state’s $92 million share of the Volkswagen settlement, top political leaders in the Tar Heel State are locked in a stalemate over what to do about it.

The Republican-led General Assembly says it’s Cooper who has risked the payout by refusing to drop a lawsuit over a range of budget matters, including the Volkswagen language.

At the heart of the power struggle isn’t just party affiliation, but a difference in philosophy. The legislature asserts it should control the Volkswagen funds just as it would state tax dollars, while Cooper argues those funds are outside lawmakers’ constitutional purview.

The impasse comes amid a separate logjam over the 2019-20 budget. Last month, Cooper vetoed the spending plan adopted by the General Assembly, and Republicans haven’t mustered the eight Democratic votes they need to override him.

Though lawmakers have passed a stopgap measure to ensure the state will get some federal grants while the budget remains in dispute, that bill, now on Cooper’s desk, doesn’t include the first stage of Volkswagen spending.

The Phase I plan, which includes electric-vehicle charging stations and zero-emission school buses, is already at least six months behind schedule. Without appropriations or another legislative fix, air quality officials worry the plan won’t get funded by early November — if ever.

“There is potential for North Carolina not to be part of the mitigation trust,” said Mike Abraczinskas, head of the state’s Division of Air Quality. “Nobody wants that.”

A fight over control, not substance

For six years, more than a dozen Volkswagen diesel models used computer software to cheat on emissions tests and spew up to 40 times the legal limit of smog-forming pollution. In 2016, after the company was caught and the government sued, the automaker settled for $15.3 billion.

The settlement is divided into three parts. Up to $10 billion goes to a buyback program for illegal vehicles, including 18,000 in North Carolina. Another $2 billion goes to a wholly owned subsidiary of Volkswagen to devote to electric vehicle charging infrastructure. Finally, $2.7 billion is distributed to states for projects that will reduce pollution from the transportation sector.

According to the terms of the settlement, the governor in each state designates an agency to disburse this third batch of funds — $92 million for North Carolina. Cooper selected the Department of Environmental Quality, which, after extensive public input, created a plan to use the first third of this money. It includes converting diesel school and transit buses to cleaner models, installing electric vehicle charging stations around the state, and cleaning up a variety of off-road diesel vehicles.

Legislative leaders have expressed no objection to the blueprint, but they’ve long wrestled with Cooper over control of the money needed to execute it. In 2017, the General Assembly adopted budget language stipulating that none of it could be spent until it was appropriated through the state’s normal budget process.

Cooper believes this language — and restrictions on other funds that don’t originate in the state — is a constitutional overreach of lawmakers’ authority. He sued and lost in the Wake County Superior Court in April 2018, but has appealed.

“The legislature’s ability to seize and appropriate funds outside the North Carolina treasury is currently being challenged,” Cooper spokesperson Ford Porter said in an email, “and we are confident that the Court will find that legislators have once again overstepped their authority.”

Lawmakers are equally confident that they’re in the right. “The North Carolina Constitution is very clear that appropriating public funds is the sole responsibility of the people’s elected representatives in the General Assembly — not the governor,” Bill D’Elia, a spokesperson for Senate President Pro Tempore Phil Berger, said in an email.

After the Superior Court ruling, lawmakers tightened restrictions on the Volkswagen money further and prevented the trustee from directly reimbursing third parties, such as electric vehicle charging station companies.

Critics said the 2018 provision was flatly inconsistent with the requirements of the Volkswagen consent decree. “They killed this,” Josh Stebbins, an attorney with the Sierra Club based in Washington, D.C., told the Energy News Network last year. “This is deader than a doornail.”

After the Energy News Network’s reporting, legislators reexamined the trustee’s stipulations and considered possible fixes. Through their spokespeople, Republican leaders downplayed the threat to the state’s Volkswagen share, but acknowledged they offered to change the 2018 language if Cooper would drop the entirety of his 2017 lawsuit.

“The Governor has still refused to agree with the superior court,” Joseph Kyzer, a spokesperson for House Speaker Tim Moore, said in an email, “and has rejected the legislature’s offer to run a separate budget bill dealing only with the Volkswagen Settlement funds.”

Cooper did offer to drop the Volkswagen piece of the suit in exchange for such legislation or direct appropriation of the funds, according to Porter.

“Unfortunately, Republican leaders have refused unless the entire case, which also includes a challenge to their unconstitutional appropriation of Federal block grants, is dropped,” he said, adding, “it is irresponsible for legislators to continue to put at risk millions of dollars coming to North Carolina simply because they do not control it.”

Asked why the governor doesn’t just drop the whole lawsuit to save those dollars, Porter replied, “legislative leaders have already shown that they are willing to sacrifice funds that would benefit the state based only on their political whims.” He reiterated, “not only is this harmful, we believe it’s unconstitutional and needs to work its way through the appeals process.”

Amid questions about whether or not the trustee will disburse the funds, the air quality division within the Department of Environmental Quality has issued a request for proposals to convert buses and install electric vehicle infrastructure, with a deadline of Sept. 30. It will take staff at least a month to choose winning bidders.

“There’s a lot of good we can do, and we’re poised to do it,” said air quality chief Abraczinskas. But, he acknowledged, “The uncertainty that exists still needs to be resolved between now and early November.”

More certainty could come as soon as next month. Separate from the request for proposals, officials have asked the trustee for funds that can be combined with grants under the federal Diesel Emissions Reductions Act. They expect a response by mid-August. “Either they’re going to say, ‘okay,'” said Abraczinskas, “or they’re going to say, ‘no,’ and here’s why.”

A negative answer might spur lawmakers to action. “While the Legislature believes the State can receive and spend the Settlement Funds without any change in the law,” Kyzer said, “the parties will evaluate any next steps once DEQ hears from the Trustee.”

As written now, the law states, “no funds may be expended under the Plan…until the General Assembly has appropriated [them].” Kyzer didn’t respond when asked why lawmakers didn’t allocate the $31 million in Phase I monies in their 2019-2020 budget.

But Rep. Chuck McGrady, a fifth-term Republican lawmaker from Hendersonville who’s tried to mediate between the governor’s office and legislative leaders, said the notion hadn’t even come up. “I think it is an interesting idea,” McGrady said in an email. “I wish I’d thought of it.”