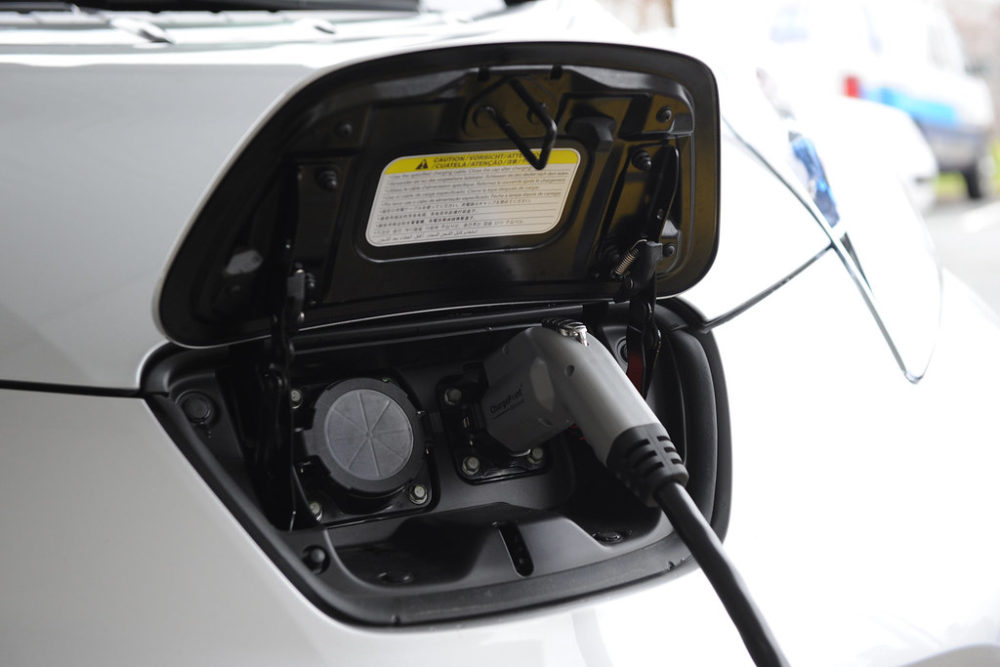 A Nissan Leaf gets a charge at a charging station in Durham, North Carolina.

A new state law allows charging station operators to resell electricity without being regulated as a public utility.

Plug your electric vehicle into a North Carolina charging station sometime soon and you may be billed for the electricity you consume, not just the time you spend at the outlet.

Under a new state law, charging outlet operators can now buy electricity from their local utility and resell it by the kilowatt-hour, as RV campgrounds and marinas have long done.

By exempting plug-in stations from regulation as public utilities, the Tar Heel State is now the 30th to permit such sales. According to the North Carolina Clean Energy Technology Center, six other states enacted similar rules in the last quarter alone.

“This is regulatory cleanup that many states have undertaken,” said Dave Schatz, director of public policy at ChargePoint, the nation’s largest electric vehicle charging network. “We’re really glad that North Carolina has gotten there.”

ChargePoint — which installs stations at workplaces, retailers, universities, local government buildings and the like — says many of its customers want to bill by the kilowatt-hour to improve the experience for drivers.

“Kilowatt-hours are the gallons of gas that go into an electric vehicle,” Schatz said. “It’s very easy for drivers to understand they have a ‘tank’ that holds 60 kilowatt-hours, and they’ll be paying X dollars for each kilowatt-hour they consume.”

Charging stations may not begin billing for kilowatt-hours right away. But the industry believes the ability to do so will make stations more transparent and profitable, ultimately expanding the number of plug-in outlets in the state.

“These drivers will rely on public charging stations to make it all work,” Cross said in an email. He added that the new measure would support the deployment of more chargers that will help the state get to 80,000 electric vehicles, as called for in an executive order from Gov. Roy Cooper.

Originating as House Bill 329, the new law has backing from Cooper, a Democrat, and nearly every member of the Republican-controlled General Assembly. But it comes amid controversy over other electric vehicle proposals.

A power struggle between Cooper and lawmakers threatens the state’s share of the Volkswagen settlement, which is poised to deliver nearly $14 million for electric vehicle charging infrastructure over the next decade.

Duke Energy, meanwhile, is bidding to spend $76 million to almost double the public plug-in outlets across the state, a move now before state regulators that critics worry will overwhelm the market.

But she said the exemption itself appears noncontroversial, and it offers at least some certainty to charging station owners and operators. “It provides a nice starting point for everyone,” she said.