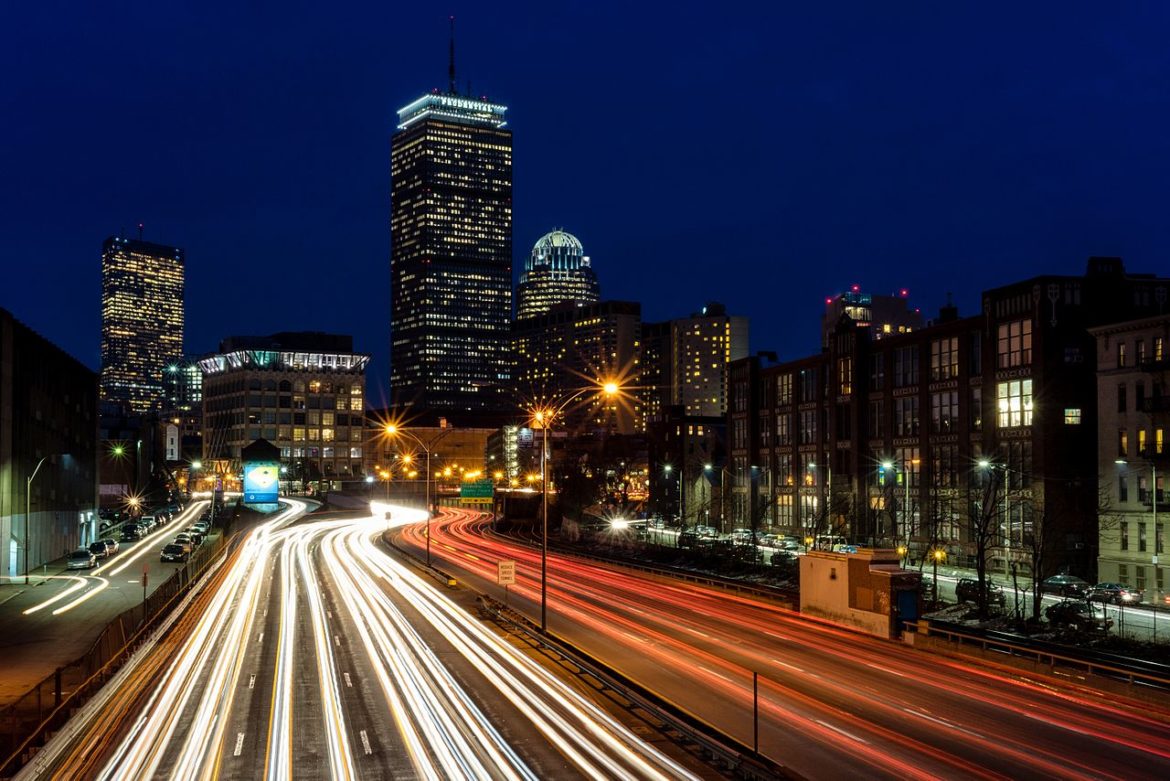 An $18 billion transportation bill filed last month in Massachusetts includes some encouraging nods to the importance of reducing car travel and cutting carbon emissions, but local activists say it is too soon to call the proposal a climate win.

“I didn’t see a lot in the bond bill that would move the needle very much on reducing greenhouse gas emissions from transportation,” said Jack Spence, co-chair of the transportation working group at 350 Massachusetts for a Better Future, a climate organizing nonprofit.

Boston-area roadways are notoriously congested, particularly during morning and evening rush hours. Some analysts have even declared the city’s traffic the worst in the nation. While the area’s prodigious congestion frustrates drivers and affects workers’ access to jobs, it also makes the state’s attempts to cut its carbon emissions all the more challenging.

As of 2016, transportation accounted for 43% of greenhouse gas pollution in Massachusetts. The sector is a major target as the state attempts to slash emissions 80% by 2050.

The transportation bill (H.4002), filed by Gov. Charlie Baker in late July, authorizes the state to borrow money for efforts to reduce traffic congestion, as well as much-needed roadway improvements and upgrades to public transit. Up to $8.7 billion could go to highway construction projects, and $5.7 billion would be slated for improvements and expansions to rail and bus service in the greater Boston area.

Initiatives intended to decrease car travel and reduce greenhouse gas emissions are threaded throughout the bill. The proposal calls for a first-of-its-kind measure that would give employers a tax credit of $2,000 per remote worker. And $100 million is earmarked for projects to make pedestrian and bicycle networks safer, more equitable, and more interconnected.

Questions remain about whether the telecommuting tax credit would have the desired effect. Just over 5% of Boston-area workers telecommuted in 2017, a rate well behind that of other major cities, according to a report released last week by the state Department of Transportation.

The proposed tax incentive has a total cap of $50 million. The credit, therefore, could create at most 25,000 new telecommuters, only about 1% of the roughly 2.5 million workers commuting in the state. Furthermore, nothing in the proposal requires that employers choose remote workers who would otherwise be adding to congestion, writes Michael J. Widmer, a longtime analyst of Massachusetts tax issues, in a piece in CommonWealth Magazine.

Many environmental advocates just aren’t convinced the incentive will have an appreciable effect on congestion.

“We appreciate the administration thinking creatively about reducing congestion,” said Nancy Goodman, vice president for policy with the Environmental League of Massachusetts. Still, she said, “Clearly this one policy is not enough. It is unclear to us what the impact of the tax credit would be in terms of actually reducing congestion.”

The money dedicated to pedestrian and bicycle networks is welcome, said Wendy Landman, executive director of WalkBoston, a nonprofit that promotes efforts to make Boston a more walkable city. Safe, robust pedestrian options are necessary not just for those who travel primarily by walking, she said, but also to support public transportation, as most transit riders start and end their trips on foot. Still, more could be done, Landman said.

“We see it as steps in the right direction, but not as being transformational,” she said.

The bill also makes a reference to an ongoing effort by nine Northeast states and Washington, D.C. to create a regional cap-and-trade system for lowering transportation emissions, a program referred to as the Transportation and Climate Initiative, or TCI. The legislation would authorize up to half of Massachusetts’ share of the revenue from any such collaboration to be used to support public transit investments that would yet further reduce carbon emissions.

“I am happy to see that language in there,” said Daniel Gatti, senior transportation analyst for the Union of Concerned Scientists. “It does show the extent to which TCI has become a central part of the way the Baker administration is thinking about transportation.”

Nothing in the bill, for example, calls for the electrification of the Massachusetts Bay Transportation Authority’s buses, he said. The first three electric buses in the fleet were deployed at the end of July; many area businesses and environmental groups have called out the transit authority for lagging behind on electrification.

The bill is now under consideration by the joint committee on transportation, and activists are hoping it signals progress despite its imperfections.

“Will this do everything we need to do to get us to our climate goals? No,” Landman said. “Is it trending in the right direction? Yes.”