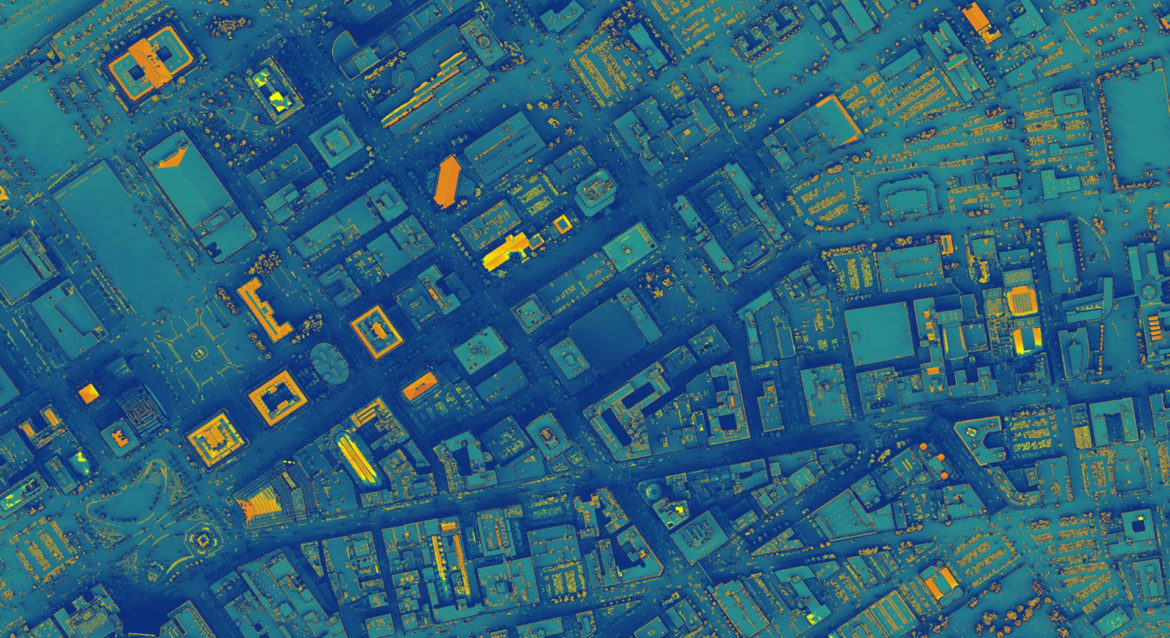 NASA’s DEVELOP program has combined aerial and satellite data with the agency’s POWER data set to estimate the solar energy potential for a test area in Cuyahoga County, Ohio.

Widespread deployment of rooftop solar in a 5.4-square-mile section of Cleveland could produce enough electricity to power approximately 10,000 homes, according to a new analysis by NASA researchers.

The study, which used aerial images to calculate rooftop solar capacity, found the potential for more than 100,000 megawatt hours of generation per year — 85% of which could be generated on a fifth of the buildings.

The findings could help inform the city’s strategy as it aims to achieve 100% renewable energy by 2050. Local leaders expressed interest in using NASA’s methods to assess solar potential across the entire county.

“It’s encouraging that we have that much potential in just our study area,” said Hannah Besso, project lead with NASA’s DEVELOP program.

Besso’s team selected the Northeast Ohio test area because it includes both residential and industrial buildings, as well as some buildings in Cleveland’s downtown area.

Almost two-thirds of the 560 buildings with the largest solar energy potential fell into the industrial and commercial categories. Institutional buildings made up roughly another fifth. Those types of buildings tend to have more surface area for solar panels, Besso said.

At the same time, the analysis doesn’t detract from the importance of solar energy for smaller residential buildings. “For a private homeowner, it’s still beneficial and important to reduce your individual energy bill,” Besso said.

Also, “a lot of the smaller residential homes actually could produce more potential solar energy per square foot,” Besso said. That’s because roofs on many residential buildings are more sloped than those on commercial or industrial buildings.

The group worked with high-resolution images from aircraft and from NASA’s Shuttle Radar Topography Mission, which collected data on nearly 80% of Earth’s land surfaces. The analysis also uses solar and meteorological data from NASA’s Prediction of Worldwide Energy Resources (POWER). The POWER data sets can account for aerosols, clouds and other atmospheric phenomena that can affect the solar energy potential for different locations.

The group adjusted the POWER data to account for roof slope, shadows and other factors. Data from that work came from LIDAR, a method that calculates measurements — in this case elevations — based on the time it takes reflected laser light to bounce back from a target point. All the data gave Besso’s group a digital surface model with a resolution of approximately one foot.

“We were really, really excited that we were able to get such good results,” given the project’s time frame and the newness of various methods, Besso said. “It’s also really wonderful to be working on research that will directly help a community increase quality of life and increase sustainability.”

“A lot of times people will maybe make an assumption that maybe solar isn’t something that can really work in someplace like Cleveland,” said Nicholas Rajkovich, an assistant professor at the University at Buffalo’s School of Architecture and Planning, who has consulted with Cleveland and Cuyahoga County on their sustainability work. “Something like this [the NASA DEVELOP analysis], where you get good data to see exactly what that energy resource is and where to target resources is really helpful.”

“Finding the first places to maybe do solar is pretty important,” Rajkovich said. Part of resilience planning involves assessing plans for their feasibility and gauging the potential impacts of different responses on a system. In this case, the NASA DEVELOP team’s work can help with targeted outreach to property owners whose buildings have significant solar energy potential.

The city and county’s work to promote solar energy contrasts sharply with policies at the state level, where the passage of House Bill 6 has made the state of Ohio “a laughingstock in terms of our laws around renewables,” Cuyahoga County Director of Sustainability Mike Foley said. “We just desperately need more tools and more resources available to develop clean energy.”

The NASA DEVELOP team didn’t make any assumptions about solar energy potential outside its 5.4 square-mile test area. However, the county plans to use the method to continue the analysis for the rest of the county’s 457 square miles, Foley said. Eventually, his department hopes to share information from the project with solar energy installers and developers in the area.

“I’m cautiously optimistic that this will be another kind of thing to help us move solar forward,” Foley said.