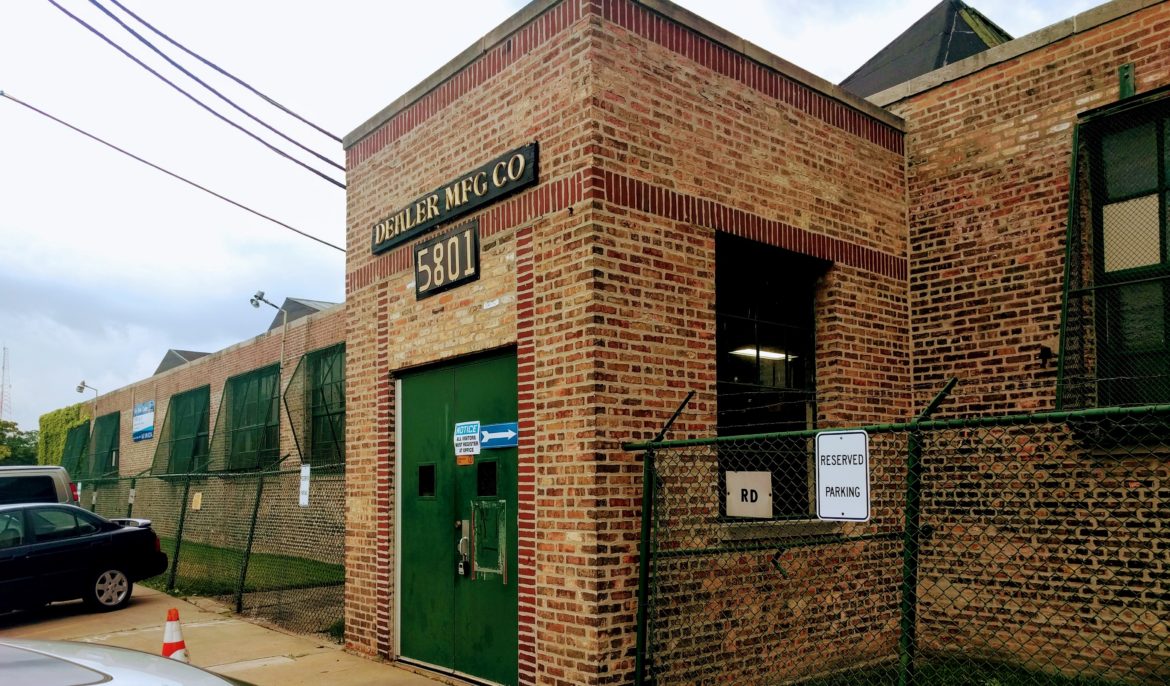 Amped Kitchens, an "apartment building for kitchens," hopes to take advantage of Chicago's new financing tool to install a more efficient HVAC system in it's West Side building under construction.

Amped Kitchens is opening a Chicago “apartment building for kitchens” where companies can rent space to cook food to be sold to major grocery chains and other customers, based on its successful model in California.

As Amped CEO and co-founder Mott Smith describes it, “This is an industry that struggles with inefficiency. … You just need to move a ton of air through these facilities.”

Hence Amped Kitchens is hoping to take advantage of Chicago’s newly minted Property Assessed Clean Energy, or PACE, program to fund a cutting-edge heating, ventilating and air conditioning system that will reduce energy use for the company and the tenants in its 64 Chicago kitchen spaces in a West Side building under construction.

“We think of this as a perfect marriage of policy and practice,” Smith said of PACE. “The program gives us access to more financing at a lower cost than we would otherwise have access to. A lot of times these financial sources make the difference between a project that happens and a project that doesn’t, especially when you’re talking about innovative projects like ours that don’t necessarily fit a conventional real estate plan.”

Amped Kitchens is among several major projects in the works likely to leverage funding through the financing program, according to Eric Alini, CEO of Counterpointe Energy Solutions, the firm running the city’s commercial PACE program as well as programs in Florida and California.

While the rollout of PACE in Chicago and Illinois lags behind some other states like Michigan and California, boosters are confident it will mean an uptick in solar, energy efficiency, cogeneration and other clean energy investments in commercial buildings, including multi-tenant rental buildings larger than five units.

The state Legislature last month passed a bill (HB3501) with updates to the PACE legislation originally passed in 2017. Among other things, the new law added “resiliency” to the list of investments that qualify.

PACE involves a government agency or private entity putting up the funds for clean energy investments, then recouping the money through payments on the property tax bill. In Chicago the payments include a fixed interest rate of 5.5% to 7.5% and they are spread out over the improvement’s useful life.

That means the property owner is spared the upfront capital outlay and pays the investment back over time, with the debt passed on if the property is sold. PACE in Illinois applies to both retrofits and new construction, and can be used in refinancing a property.

In order for PACE to be enacted, state legislatures and city councils or other local bodies generally need to pass enabling legislation, according to the American Council for an Energy Efficient Economy.

In Illinois, clean energy advocates cheered the original passage of state legislation and the updates this summer, including the addition of resiliency, which could cover investments like flood mitigation, microgrids, energy storage, and backup power sources.

Meanwhile, some clean energy advocates are pushing for additional improvements to Illinois PACE legislation, including the inclusion of condominiums and even single-family homes. Currently, residential PACE is offered in California, Florida and Missouri.

Amped Kitchens found out about PACE after being approached by Trane Commercial Systems and Services, a global manufacturer of high-end air conditioning and mechanical equipment that offers a “turnkey” comprehensive energy efficient HVAC program to building owners.

Trane global and national accounts manager Nirmal Sekhri said he’s talked with about 30 Chicago building owners or managers about PACE over the past year and received much interest and a number of new clients.

The PACE funding makes it possible for customers to purchase a turnkey, large-scale retrofit or new construction package that they might not have been able to afford otherwise, he said. This leads to compounded savings since they get the energy savings sooner and take advantage of greater economies of scale.

“You get the value of replacing all five units, for example, at the same time, in just one mobilization and one permitting fee,” Sekhri said. “Otherwise you have to budget each year, pay another permit fee, another mobilization fee, so your overall costs end up being larger. PACE allows you to gain that energy savings and efficiency in the system on day one, without having to absorb the cost all at once.”

Deals in the works

Chicago’s PACE program launched in April with community events and visits to City Council members. Counterpointe spokesperson Adam Moskowitz said that while the group still needs to do more outreach and “wake up the market,” applications have nonetheless been “rolling in … a smattering of sizes, shapes and colors … some little deals, some big deals.”

In addition to Amped Kitchens, deals in the works include a $500,000 project involving three solar installations, and a $20 million project with a range of features, Moskowitz said. He declined to give specifics. He said most of the applications are in the city’s central business district, but program administrators hope to gin up more interest outside that area.

“This is not just a program for the shiny glass buildings, it’s for commercial property owners of any type,” Moskowitz said. He noted that initially applicants are more drawn to “the energy efficiency side of it — super efficient HVAC systems rather than the solar side.” But Counterpointe hopes that will change with more understanding of and interest in solar or other clean energy.

“It gives us another tool in our tool box for our members,” said Bullock, also a former state representative. If developers come to the association with a project, Bullock said, “we can tell them about Chicago PACE as an added incentive to use someone else’s funding instead of their own money.”

Chicago requires PACE projects worth over $2 million to include 26% minority and 6% woman-owned contractors, and that all PACE projects meet requirements including paying the prevailing wage, making economic disclosures and participating in the city’s Retrofit Chicago Energy Challenge for energy efficiency. Some say tweaks are also needed to the city’s compliance mechanisms regarding prevailing wage jobs, minority hiring and other provisions, to make sure auditing does not add undue costs to the process.

Alini noted that the Center for American Progress has estimated almost 17 jobs are created per $1 million investment in clean energy.

“In a year if we do $100 million of this stuff, that’s a lot of jobs,” Alini said. “And the city has a lot of programs trying to increase their resiliency, reduce their carbon emissions, and do efficient buildings … it’s really great to put targets up there, but if you can’t finance them … that’s where PACE is helpful.”

Lenders involved in any given project need to agree to participate in PACE before it can be implemented. Moskowitz said they have been doing “multiple road shows” to educate lenders about PACE, and about 180 banks and other institutions nationwide have officially signed on to participate.

Nearby DuPage and Kane counties also have PACE programs, and Cook County, which includes Chicago, has a request for proposals out seeking administrators to run its own PACE program. Moskowitz noted that the Chicago PACE program likely targets the same contractors, owners and lenders who would serve the approximately two million Cook County residents outside Chicago, so the ramp-up process in the county is likely to be rapid.

“This was a Rahm initiative at first,” said Moskowitz, referring to former mayor Rahm Emanuel. “Now the mayor’s office is clearly still behind it. … It’s just new to the city, it’s not new to us.”

Related coverage:
» ComEd electric ride-share pilot preparing to expand in second year
» In Illinois, storage is among the next hurdles for renewables expansion
» Curriculum helps keep Illinois educators up to date on state’s evolving smart grid
» This Chicago aquarium saved millions with an energy management dashboard