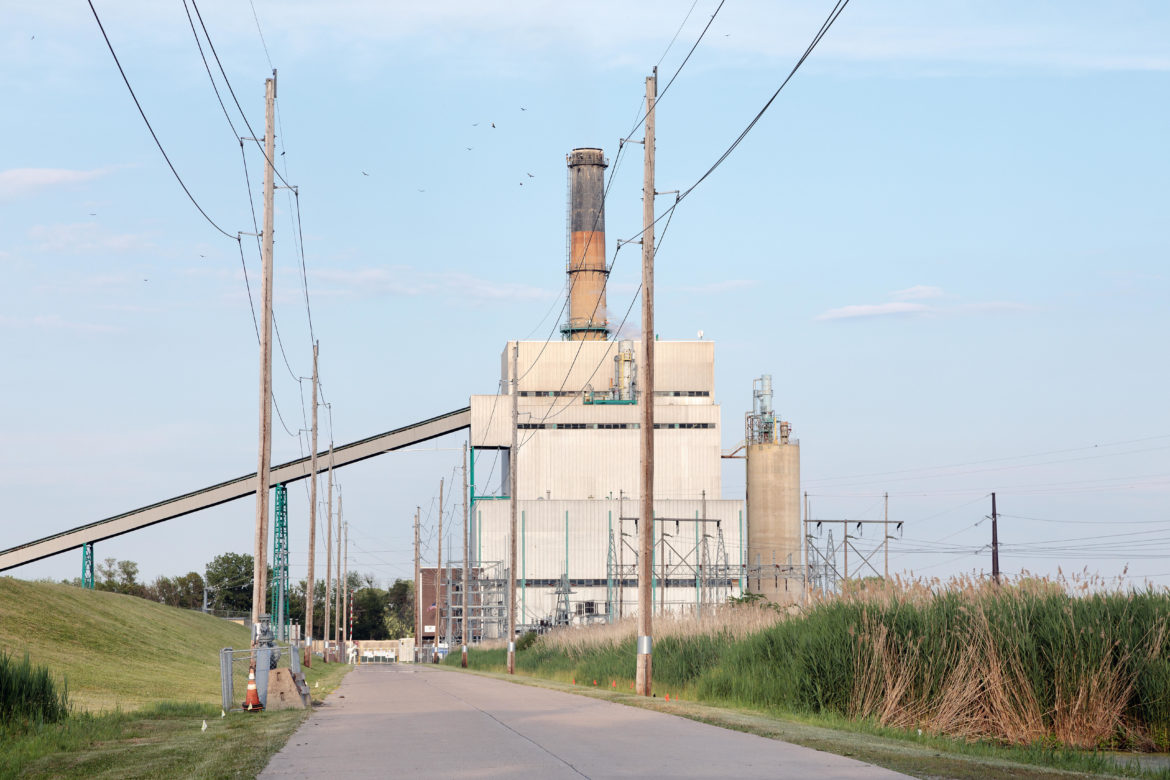 A new study says Interstate Power and Light could save ratepayers millions of dollars by shutting down the Burlington Generating Station and other coal-fired power plants.

Interstate Power and Light could also boost its profits by investing in wind, says a study commissioned by clean energy nonprofits.

An Iowa utility could save its customers $16 million annually starting in 2020 by quickly withdrawing from three uneconomic coal-fired power plants, according to a study commissioned by two clean energy nonprofits.

Interstate Power and Light could also boost its profits by investing in new wind generation, according to the analysis, which was submitted as part of a rate case now before state regulators in which the utility is seeking an additional $203.6 million in annual compensation from ratepayers.

“Across the country, we are seeing increasingly that the economics of coal plants are on the decline, especially as the price of renewables has gone down,” said Kerri Johannsen, energy program director for the Iowa Environmental Council which, together with the Environmental Law & Policy Center, hired the analyst. “We wanted to see how that applied in Iowa … where we have one of the lowest costs of wind development in the country.”

The groups hired Uday Varadarajan, a principal with the Rocky Mountain Institute and a research scholar with Stanford University’s Precourt Institute on Energy, to conduct the analysis. Varadarajan has done similar studies in several other states including Missouri, Wisconsin and Minnesota.

The study’s bottom line, according to Johannsen: “Every single one of the fossil-fuel generators was more expensive to own and operate than replacing them with market energy and capacity or new wind generation. For me, it was a striking analysis.”

Interstate did not respond to phone calls and emails seeking comment.

‘The utility doesn’t see a downside’

While Varadarajan is urging Interstate to scrutinize the economics of its entire fossil-fuel fleet, he contends that the company should immediately shut down its ownership in three plants that account for 500 MW of capacity. They are the 191-megawatt Burlington Station, which it owns solely, and the George Neal north and south stations, where it owns a total of 309 MW of capacity. Iowa’s largest utility, MidAmerican Energy, operates the Neal plants.

“It’s interesting that two of the plants that came out with some of the worst economics are majority-owned by MidAmerican,” Johannsen said. “That points to a need for a more comprehensive conversation about coal plants in Iowa and the economics and future of those plants.”

Varadarajan’s recommendation rests on two stipulations: that state regulators allow the company to recover its costs in 10 years rather than 15 to 20 years, and that the company replace the lost coal generation with new wind energy, for which it would need to receive the full federal production tax credit.

Varadarajan evaluated Interstate’s coal plants by comparing the cost to ratepayers with the hourly market value of the energy, capacity and ancillary services provided by each plant over the past five years. Burlington and the two Neal plants stood out as especially dispensable, Varadarajan said, because of how little they contribute to Interstate’s revenues.

Iowa, like other states that grant utilities monopoly status and then dictate their operations, directs utilities to earn most of their profits in the form of a rate of return — which ranges nationwide between about 9% and 14% — on the ever-changing amount of money they have invested in capital assets. Those investments can take the form of equipment to generate or transmit or distribute electricity, although generation equipment accounts for the vast majority of utility assets.

Even if, due to a changing environment, a plant at some point becomes a financial ball-and-chain for ratepayers, “the utility doesn’t see a downside,” Varadarajan said. “As long as those investments are still regarded as having been prudent when they were made, the utility usually can count on getting recovery [of its initial investment] and a rate of return.”

How wind could help

As the company pays down the cost of an asset, outstanding debt shrinks and therefore revenue falls as well. In withdrawing from Burlington and the two Neal plants, Varadarajan said, Interstate would lose a small bit of its compensation.

If it were to invest in new wind farms to make up for the lost 500 MW of coal generation, he explained, the new capital investment could boost the company’s revenues. According to Varadarajan’s appraisal, all of Interstate’s coal plants as well as its two natural gas plants currently provide power at a higher price than would additional wind energy or purchases from the wholesale market. But that could change.

For example, he said that if Interstate were to start purchasing a lot more power from the wholesale market — which at first glance his analysis seems to support — the market likely would react by ratcheting up prices.

The study puts the cost of a new wind power purchase agreement at slightly above the wholesale price of power from the regional grid operator. Unless Interstate could start developing new wind farms before Dec. 31, its costs could increase due to a gradual phaseout of the federal production tax credit.

Varadarajan urged Interstate to move quickly on acquiring more wind energy, and Johannsen pointed out that the utility already has the permission it needs from state regulators to develop several hundred additional megawatts of wind generation.

Meanwhile, Varadarajan said, there are other financial tools that could facilitate a transition from coal and gas to renewable energy sources. Foremost is a transaction known as “securitization,” which is akin to refinancing a house. In the past year, the Colorado and New Mexico legislatures approved bills that allow utilities to issue bonds — at very low rates because they are considered very secure — to pay off their coal and gas-powered plants and to invest in cleaner sources of power.

Although she doesn’t expect to see a securitization bill surface during Iowa’s upcoming legislative session, Johannsen said, “That is a conversation we’d like to have.”

She sees the Varadarajan study as a door opener to that and other issues.

“Given how the economics of generation has been turned on its head, especially in the last five years, it’s really necessary for there to be some sort of planning process in Iowa that is transparent and collaborative and forward looking. We really want this [analysis] to be the first part of a longer conversation about [Interstate] moving away from coal.”