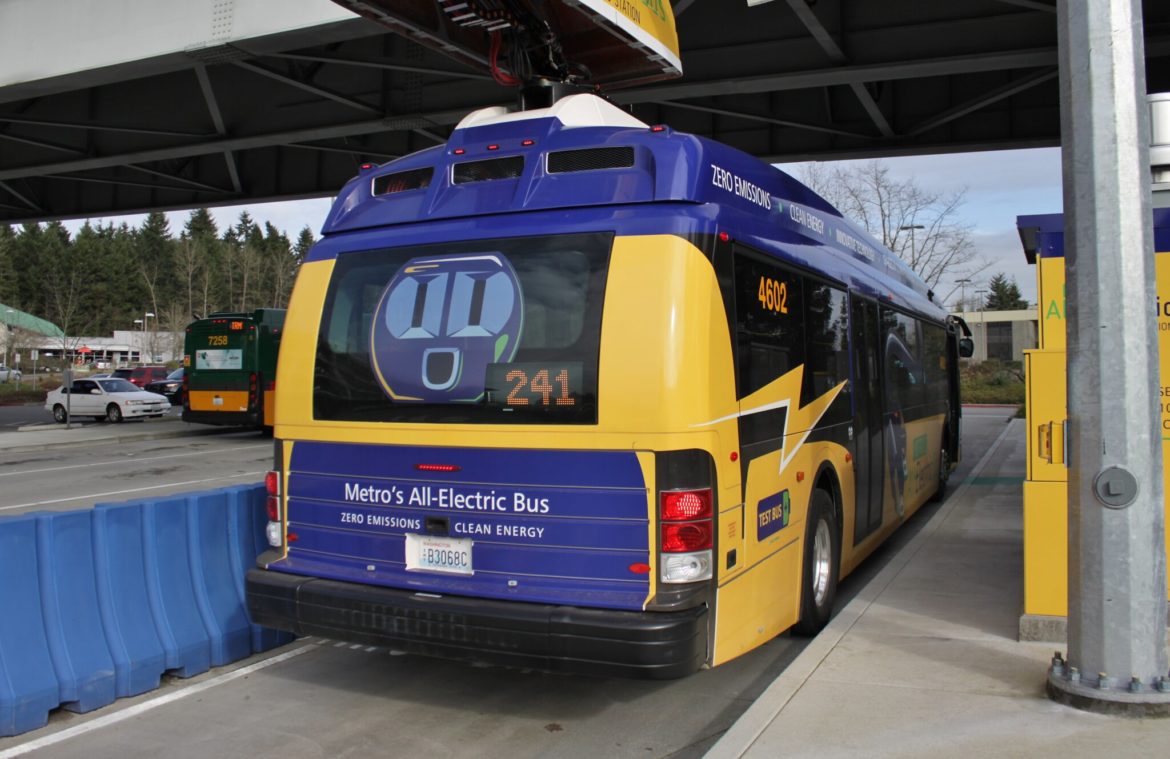 An influx of electric trucks and buses in Seattle could overwhelm the grid if utility officials don’t start coordinating with other city agencies, according to a report released Wednesday.

Released by Seattle City Light and the Rocky Mountain Institute, the report is the first municipal utility strategy for advancing electrification in every vehicle class, including passenger cars. While the analysis focused on Seattle, the researchers said the findings highlight a major challenge that could await authorities in other cities and states with emission-cutting commitments.

“There’s a whole iceberg underneath this, of other utilities that are in no way prepared for the loads from medium- and heavy-duty vehicles,” said Chris Nelder, a co-author and manager of the Rocky Mountain Institute’s mobility practice.

In Seattle’s industrial areas, where charging depots would likely be sited, the grid lacked the capacity to deliver power for delivery trucks and other medium-duty vehicles, the co-authors found.

Only about half of the grid’s feeders, which connect substations to overhead lines, could handle the lowest levels of power demand estimated for a fleet of 200 trucks.

Electric transit buses faced similar limitations. The city has already concluded that it will need to spend $2.2 million in grid upgrades for its goal of bringing online 250 electric buses by 2025. The challenges appear starkest for Class 8, the heaviest vehicle class, according to the report.

Chargers capable of serving Class 8 types aren’t on the market yet, but Tesla Inc. is working on a “mega-charger” that would allow long-haul trucks to travel 400 miles after a half-hour of refueling. Those long-haulers would suck 1.6 megawatts off the grid every time they charged up — the equivalent of 1,200 homes’ worth of electricity.

It’s unclear how utilities will address those colossal power demands, particularly if sited in a small geographical area, said Nelder. The report from Seattle City Light was intended as the first phase of preparations “to get ourselves in position to figure out how to address that,” he added.

Seattle’s transit and port authorities have some of the most ambitious electrification goals outside of California: By 2040, King County Metro wants to finish decarbonizing its bus fleet, and the Port of Seattle is aiming for carbon neutrality by 2050.

Officials at Seattle City Light should partner with those agencies to figure out how to support those “aggressive electrification commitments,” the report concluded. The utility should also expand charger build-outs and policies for personal electric vehicles and closely monitor the growth of electric technologies for larger vehicles, the co-authors wrote. And locating chargers at designated drop-off points for Uber Technologies Inc. and Lyft Inc., or initiating community car-share programs, could help increase access to electric vehicles.

Overall, about 10% to 20% of medium-duty trucks sold in 2030 would likely be battery electrics, and anywhere from 0% to 2% of heavy-duty trucks, the report estimated.

“This is the kind of challenge that’s coming, and I think Seattle was wise to take a look at this in a serious way,” Nelder said.