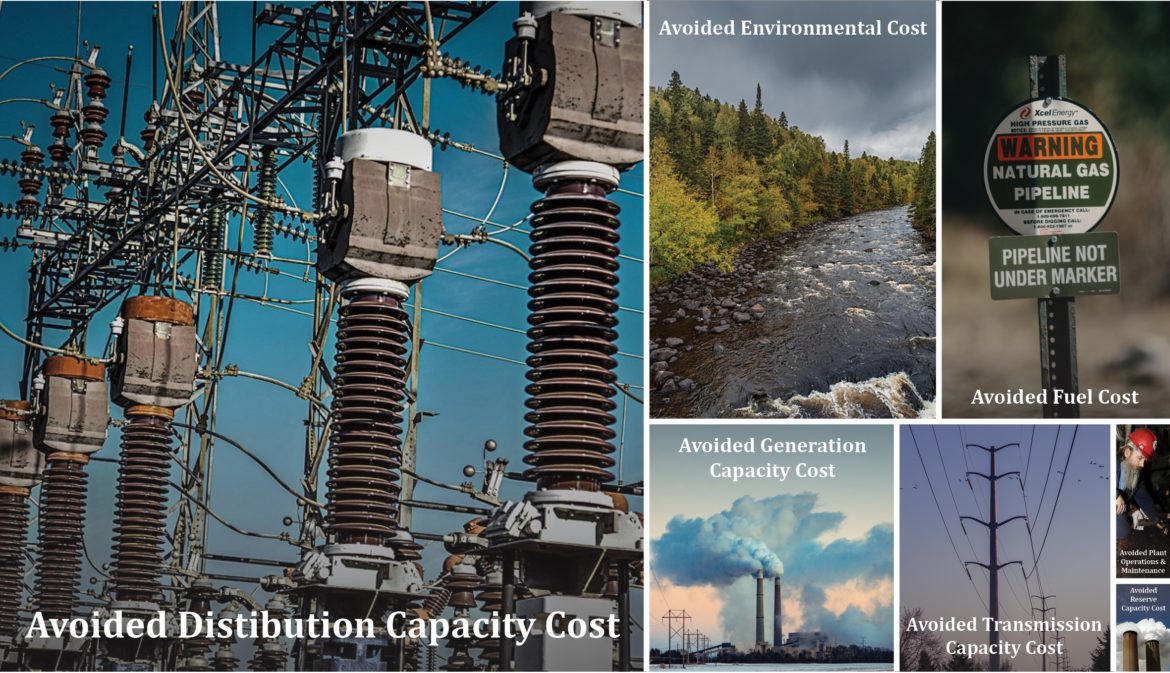 In 2017, Minnesota became the first state to apply a “value of solar” rate to community solar projects. Xcel Energy pays operators using a formula meant to better reflect solar’s costs and benefits to the grid than other rates.

The rate is recalculated annually by the utility and submitted to state regulators for approval. After debuting near 13 cents per kilowatt-hour in 2017, the levelized rate fell to around 11 cents for projects coming online in 2019.

Now, Xcel is seeking changes to the methodology after preliminary numbers show a spike to nearly 25 cents in 2020. The Minnesota Public Utilities Commission has invited comments on whether and how it should be changed.

It’s a complicated formula with eight key variables, some of which are more volatile or subjective than others. Here’s a look at everything that goes into Minnesota’s first-in-the-nation value of solar rate:

Avoided Environmental Cost: What’s the value of pollution offset by a solar project, including carbon? This factor has accounted for the largest share of Minnesota’s value of solar rate. It’s also been among the most steady variables. It’s not without controversy, though. Critics say environmental benefits are undervalued in part because they ignore impacts beyond the utility’s territory.

Avoided Fuel Cost: This measure studies the cost of fuel Xcel would have to buy over 25 years without the solar generation. Xcel bases its calculation on a natural gas futures market that is part of the New York Mercantile Exchange. Natural gas prices tend to swing dramatically, though, and are hard to predict long-term, say critics who question whether the futures market is the best barometer. Critics also point out a blend of natural gas and coal should be used because coal still generates a significant amount of Xcel’s power generation.

Avoided Transmission Capacity Cost: This portion of the formula estimates how much the utility and ratepayers will save from avoided transmission costs as a result of a solar project. Minnesota bases the transmission rate on five years of data from grid operator MISO. These are fixed costs to an existing system that cannot be avoided or put off.

Avoided Distribution Capacity Cost: This factor looks at how solar helps a utility avoid building infrastructure — such as upgraded lines and improved substations — to meet peak load. The equation is related to peak growth rates and historical costs averaged over long periods of time. It’s been among the most volatile pieces of the formula, responsible for most of the projected spike in the 2020 rate.

Avoided Plant Operations & Maintenance (Fixed and Variable): If solar can be shown to help a utility avoid or defer construction of a new power plant, the amount of the value of solar rate goes up. Fixed costs are any costs to operate and maintain a power plant that are not dependent on the amount of energy generated, such as minimum annual maintenance, staff and security.

Avoided Reserve Capacity Cost: This measure assumes a community solar project can help a utility avoid the cost of reserve (or surplus) generation capacity that is required for reliability. It is calculated the same way as avoided generation capacity cost.