Photo By
Minnesota Department of Transportation 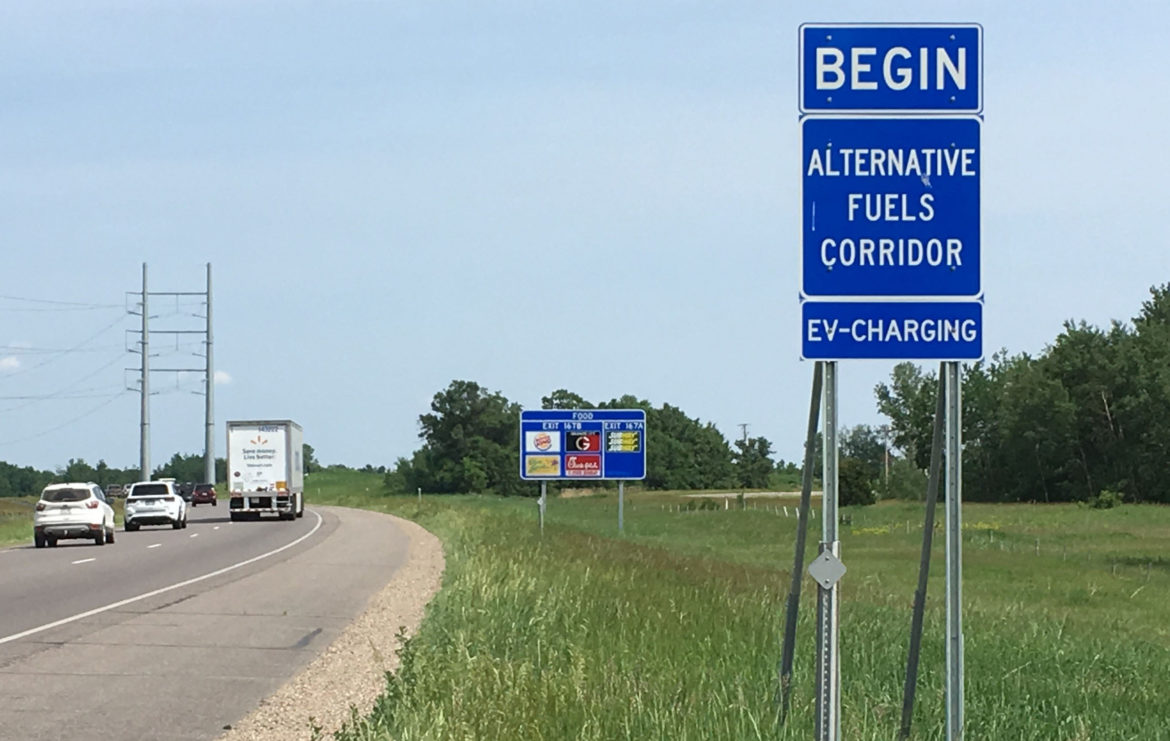 The state has worked with federal transportation officials to designate hundreds of miles of Alternative Fuel Corridors.

A federal transportation program is helping Pennsylvania prepare hundreds of miles of highway corridors for a future that’s less reliant on gasoline.

The Alternative Fuel Corridors program has since grown to cover 135,000 miles of highway in 46 states and Washington D.C. Highways are listed as “corridor ready” or “corridor pending” depending on whether they are slated for new signage to alert drivers of the fueling options or targeted for more infrastructure.

Pennsylvania has been among the most active participants, working closely with the Federal Highway Administration to select which highways get the labels. Since 2016, the state has designated 1,813 miles of Alternative Fuel Corridors.

Alexis Campbell, a spokeswoman for the Pennsylvania Department of Transportation (PennDOT), said the program is important to help modernize the transportation system and reduce harmful emissions.

“Our current focus is on strategically working to increase the density of fueling infrastructure along our corridors,” Campbell said.

To be designated as an Alternative Fuel Corridor for electric vehicles, a highway must have chargers at least every 50 miles. For a hydrogen fuel corridor, the fueling stations must be at 100-mile intervals; for propane and compressed natural gas, the stations must be no more than 150 miles apart.

The federal program does not provide direct funding to the corridors, instead it focuses on the buildout of a national network of infrastructure. The goal is to develop signage and branding to spark public interest and multi-state collaboration. Pennsylvania provides funding to businesses that want to invest in fueling stations along the corridors through state grants.

Geoff Bristow is a regional environmental program manager for the Pennsylvania Department of Environmental Protection, another agency working alongside PennDOT on the initiative.

“If you look at where the electric vehicles are registered in Pennsylvania, they are concentrated in the metro areas of Philadelphia and Pittsburgh,” he said. “There is a growing network of charging within those areas, but we also want to build consumer confidence to take their vehicles outside of those areas. Range anxiety is one of the biggest barriers to consumers.”

The federal program is among several efforts underway in Pennsylvania aimed at expanding electric vehicle use. In addition to expanding the network of public charging stations, Bristow said the state is also trying to educate the public. For example, the department has recently hosted events in state parks to allow drivers to test drive electric vehicles.

“We want to not only bring awareness to the public about EV technology, we want to give people a chance to get behind the wheel of an EV and take one for a drive,” Bristow said.

Department of Environmental Protection staff have also met with the Pennsylvania Automotive Association, a trade group representing car dealers, to make sure they are aware of the incentives and rebates that are available to consumers

“The dealers who are in urban areas —the major metropolitan areas in Pennsylvania — those guys are pretty up on things and know what it takes to sell them,” Bristow said. “But very often they don’t know what incentives there are.”

One limitation of the Alternative Fuel Corridor program, according to Campbell, is that, because it’s a federal program, it’s focused on interstate highways, so “taking a holistic view, there are many locations outside of interstates that will need fueling infrastructure,” she said.

She added PennDOT is currently pursuing a grant from the Federal Highway Administration to create a plan to take the state’s corridors designated as “pending” to a “ready” status.

Governor Tom Wolf issued and executive order this year that set a target of replacing 25% of the state passenger car fleet with battery electric and plug-in electric hybrid cars by 2025. Pennsylvania has also been participating in the Transportation Climate Initiative, a regional collaboration among 12 Northeast and Mid-Atlantic states and Washington D.C. working to reduce carbon emissions from the transportation sector.

Last month, Wolf’s administration announced it would use $8.5 million from the Volkwagen emissions cheating scandal settlement to promote cleaner transportation options. The grants and rebates include dozens of new electric vehicle charging stations.

Utility regulators are also trying to make a smoother road for electric vehicles. The Pennsylvania Public Utility Commission last fall adopted a policy aimed at clarifying third-party electric vehicle charging and the rules around the resale of electricity, in order to promote investment in public charging stations.

“We were looking at what we had on the books and saw there was this prohibition in terms of resale of electricity,” said PUC chair Gladys Brown Dutrieuille. “But it was dealing with landlord-tenant issues, to make sure landlords were not reselling electricity to their tenants. We wanted to make sure that was not an obstacle to charging stations.”

Since the policy change, Brown Dutrielle said all of the eight major electric utilities in Pennsylvania have moved to modify their tariffs to address third-party electric vehicle charging.

As the infrastructure for electric vehicles expands, she added that it’s important to ensure it fits with the public demand.

“With more sales of EVs you’ll need more charging stations, and we want to make sure there is access to public charging,” she said. “We are a big state. People often come through it to get to another state.”