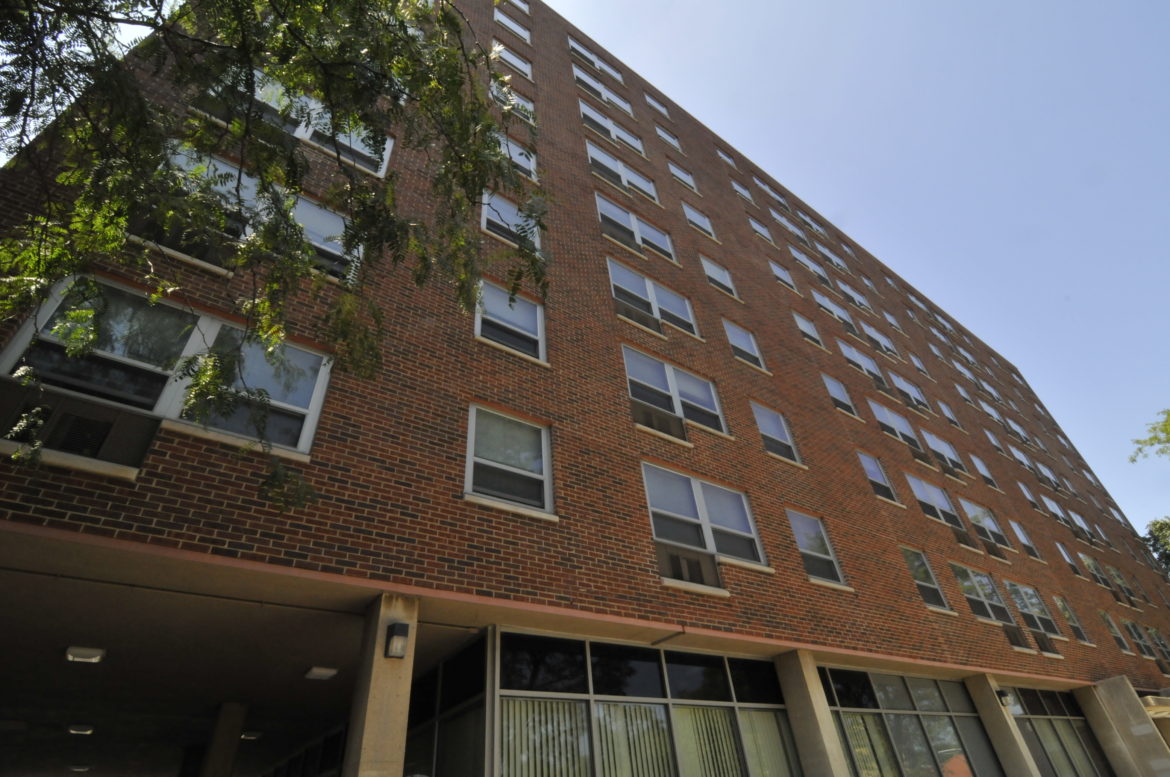 Under a new Illinois partnership, community action organizations help to evaluate buildings — such as this one retrofitted with help from the Community and Economic Development Association of Cook County — and recommend weatherization and efficiency upgrades.

ComEd, which serves Chicago and the rest of northern Illinois, has long worked with outside organizations to administer its efficiency programs. But when those programs expanded under the Future Energy Jobs Act of 2016, ComEd partnered with a California startup that links community action agencies directly to the utility.

Partners say this arrangement not only helps direct funding toward important efficiency upgrades in communities that need them, but also amplifies those communities’ voices in the process. It’s unique, they say, because it’s the first time the utility and the community agencies are working together.

The goal is to give communities “a full seat at the table,” said Lauren Casentini, founder and CEO of Resource Innovations, which connects the utility with local agencies. Resource Innovations has a growing Illinois contingent now that it’s contracting with ComEd. That contract officially began in early 2018, after ComEd administrators selected Resource Innovations to administer a portion of its “income-eligible” energy efficiency programs.

ComEd previously gave money to the state to help fund the program, but after the new law went into effect, that sum increased significantly. With the new program design, the utility also began working with the agencies. This happens through the Resource Innovations team, which works with agency administrators to plan and oversee upgrades. These include smaller-scale improvements such as switching to LED lighting and installing efficient heating, ventilating and air conditioning systems in apartment units, as well as larger-scale upgrades for building structures themselves, like air sealing, insulation and central heating upgrades.

Prior to the passage of the Future Energy Jobs Act, ComEd didn’t work with community action agencies. Resource Innovations’ proposal, which included working with the larger Illinois Association of Community Action Agencies in addition to the individual organizations, “kind of set them apart … as a way for us to help drive the program through the community action agencies,” Stoll said.

“We’re finding ourselves, in a good way, working with some different and more unique organizations that we likely weren’t working with in the same capacity before” the Future Energy Jobs Act, Stoll said.

“Developing and delivering large-scale energy efficiency programs requires the input and resources of an experienced partner like Resource Innovations, which has a dedicated staff and relationships with the community action agencies and experience with their weatherization initiatives,” Stoll added. He said the company “plays an important role in helping us coordinate with participating gas utilities and the Department of Commerce and Economic Opportunity,” which administers the weatherization program.

The 2016 law required ComEd to allocate $25 million per year through 2030 to income-eligible efficiency programs. Through negotiations between ComEd, state regulators and other stakeholders, the final amount allocated by ComEd is $42 million per year, which is 11% of its total energy efficiency budget, according to the utility.

Part of this funding goes toward projects under the weatherization program, which community action agencies like the Community and Economic Development Association of Cook County help building owners implement.

The Cook County association in this case presented its efficiency needs for several apartment buildings to Resource Innovations, where a team of evaluators helped modify the proposals to present to ComEd and Peoples Gas, the Chicago gas utility.

For multi-family residences, community agency administrators evaluate all of the upgrades a building needs — how many linear feet of caulk are necessary, for example, or the number of lightbulbs that need replacement or the amount of air loss the building experiences — and present that information to Resource Innovations. At that point, a small team of evaluators at the company — including engineers and Building Performance Institute-certified analysts — determine the most reasonable projects to receive funding and present those options to the utilities to make the final decisions.

ComEd and Peoples Gas chose two Chicago Housing Authority buildings from the Cook County agency’s proposal. The chosen buildings will receive $1.37 million from ComEd for the upgrades. In total this year, ComEd has committed to spending $4.5 million on multifamily residential efficiency upgrades through community action agencies.

“Because of Resource Innovations being involved and having relationships with utilities, we are allowed to complete more projects,” said John Pady, who manages the Community and Economic Development Association of Cook County’s weatherization program. The two Chicago Housing Authority projects in progress, which have about 280 units between them, wouldn’t have been possible without the added funding, he said.

In his five years with the association, Pady said he hasn’t reached as many efficiency projects as he does now under the new law and the Resource Innovations partnership, allowing the association to have a much greater impact.

While ComEd appears to be on track with its required spending under the 2016 law, “We want to make sure it’s a meaningful investment,” said Laura Goldberg, a Midwest energy efficiency expert at the Natural Resources Defense Council who specializes in low-income programs. She’s been tracking the Future Energy Jobs Act programs as they roll out.

The first year of programs like this is generally a “ramp-up year,” Goldberg said. Overall success would be demonstrated in the long term, particularly as more data from 2019 becomes available, she added. This is especially true for new partners: Whereas a group like Elevate Energy has been administering energy efficiency programs for low-income residents in ComEd territory for years, newer groups like Resource Innovations have to establish community relationships and lay the groundwork to realize long-term benefits.

While utilities sometimes report general information, advocates are looking for detailed metrics, including how many people receive specific upgrades. Goldberg wants to make sure those upgrades result in actual savings on building managers’ operating costs.

According to ComEd’s first-quarter 2019 report filed with the Illinois Stakeholder Advisory Group, the utility saved 1,605 megawatt-hours of electricity through its income-eligible multi-family retrofits during the quarter — 27% of its predicted savings for this year. The weatherization program resulted in various retrofits at two Chicago-area apartment buildings, including new refrigerators and central air conditioning in units. Last year, ComEd achieved 97% of its energy savings forecast in the same category, according to its fourth-quarter 2018 report.

In addition to those metrics, Resource Innovations plans to roll out a customer survey for residents after their upgrades are complete to gather qualitative data, said Kristen Pratt Kalaman, a program manager who oversees the group’s work with the community action agencies.

The energy efficiency industry is at the point where “we really need to engage communities better,” said Casentini, Resource Innovations’ CEO. Much of the first year of the company’s contract with ComEd focused on getting on the same page as the other organizations they were working with. Resource Innovations fell behind its contractual spending goals, but “things are going great this year,” she said.

As her Chicago office has grown, she’s tried to hire people from the communities the company serves. This includes Kalaman as well as Michelle Redeaux, both natives of Chicago’s South Side who have joined the company in the past year.

“I’ve seen the community change over time,” Redeaux said. “Without this program, likely they wouldn’t get this assistance. I’m very fortunate to be a part of it.”

“There’s a lot of expertise and enthusiasm within our communities” when it comes to sustainability-related issues, Kalaman said. “Often they just need a catalyst or access to resources.”

Goldberg said the work under the Future Energy Jobs Act also helped influence the writing of the Clean Energy Jobs Act, which sets a 100% renewable energy target by 2050 and increases clean energy spending.

Since ComEd reached a $42 million allocation for low-income efficiency programs based on the 2016 law’s $25 million baseline, the new bill aims to surpass that level with a $45 million-per year baseline, Goldberg said.

The utilities are important partners to help reach communities that traditionally haven’t been served by efficiency spending, she said, since they “have the dollars and power in this space.”