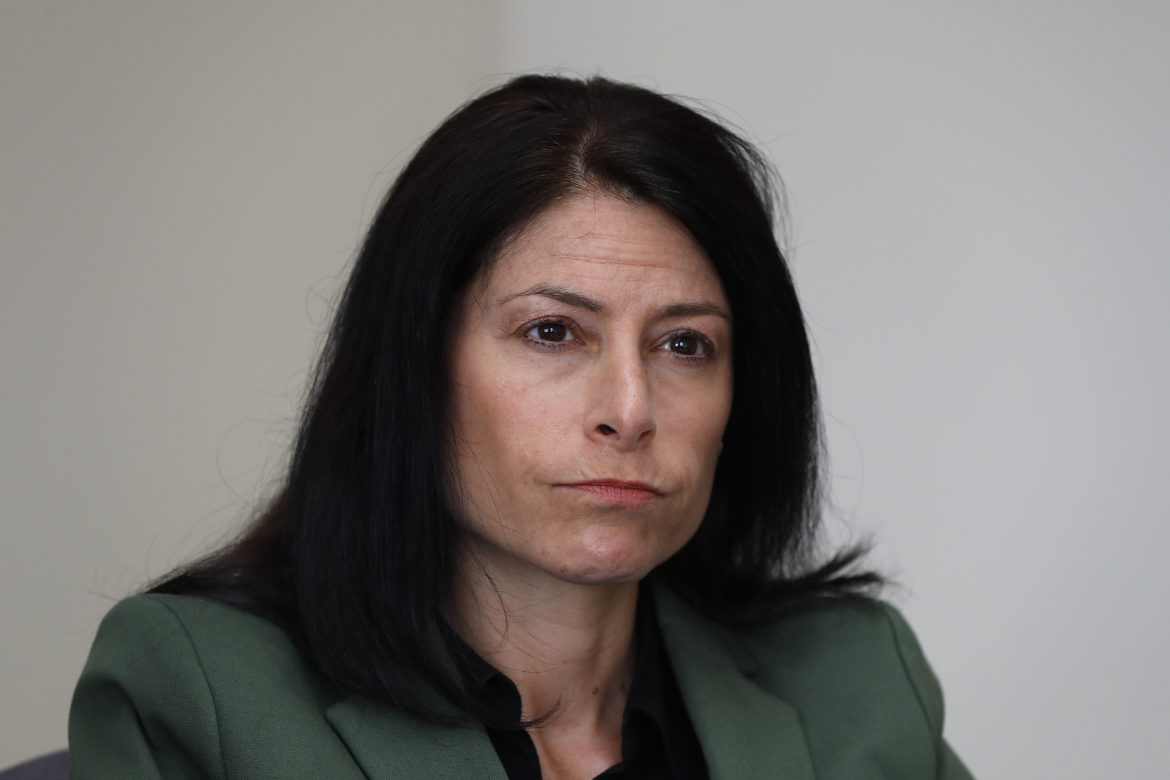 Dana Nessel backed an appeal arguing the arrangement is a conflict of interest, calling the contracts a “reckless gamble with ratepayer money.”

The Michigan attorney general’s office is putting its weight behind a legal challenge alleging improper self-dealing by the state’s largest electric utility.

The appeals were filed in March by the Sierra Club and Michigan Environmental Council. They claim that DTE Energy is using a planned natural gas power plant to bolster a natural gas pipeline co-owned by a subsidiary company.

DTE has denied any improper conflict of interest, and state regulators have concluded the contracts are not a violation. The environmental groups’ case asks the Michigan Court of Appeals to review that decision.

The intervention by Attorney General Dana Nessel lends credibility to the groups’ appeals and could complicate DTE Energy’s efforts to expand its natural gas infrastructure in the state. The office filed briefs in support of the environmental groups on Aug. 30.

The state’s code of conduct for utilities “was designed to avoid just this type of situation, which raises risks of unfair conduct and monetary harm to customers due to a lack of arm’s-length dealing between affiliates and a lack of transparency,” the attorney general’s office wrote.

In 2012, DTE Gas first identified plans to contract with the then-anticipated Nexus Gas Pipeline, a 255-mile connection to move natural gas from eastern Ohio to southeastern Michigan and Ontario, Canada. The pipeline is co-owned by affiliates of DTE Energy and Enbridge.

Both projects received approval from state and federal regulators. The Nexus pipeline was completed in October 2018 and the Blue Water Energy Center is expected to come online in 2022.

As Nexus sought financing for the pipeline, DTE was recruited as an “anchor shipper,” meaning it’s a primary off-taker of the gas and can secure lower prices for supply. DTE Gas and DTE Electric account for a combined 10% of the pipeline’s capacity.

“The commitments … helped to demonstrate that the proposed pipeline would be used, which in turn helped to ensure that the Federal Energy Regulatory Commission would approve the pipeline to be built,” DTE Gas says in court filings.

That amounts to a conflict of interest, environmental groups said. They filed a challenge before the Michigan Public Service Commission in late 2017.

Over the next five years, DTE Gas customers will pay $76 million over market prices for gas supplied by Nexus, which challengers say is a violation of a state code of conduct. By paying above-market rates now, DTE is effectively subsidizing the pipeline with ratepayer dollars, environmental groups argue.

“Affiliate deals have a very long history of being contentious, rightly so,” said TJ Andrews, an attorney representing the environmental groups. “The implications [of this case] are pretty broad in the sense that we’re arguing about the fundamental ways utilities make gas supply decisions.”

However, DTE argues the arrangement benefits customers in the long term. They say gas utility customers will save $375 million over the next 15 years by contracting through Nexus.

“DTE’s position is that the addition of Nexus increases competitiveness among suppliers and is ultimately good for customers, keeping natural gas affordable and available,” said Brian Smith, spokesperson for DTE Gas. “Nexus provides one of many sources of natural gas that compete for DTE service.”

The Michigan Public Service Commission also agreed with DTE and in February said the contracts are appropriate. Regulators said in court filings that it merely gave DTE pre-approval for Nexus-related costs, and any differences will be trued up during reconciliation proceedings. The commission had declined to rule on Nexus-related costs in prior cases.

“Nothing in the Code of Conduct prevents DTE from seeking long-term solutions to substantial needs for energy, such as shipping affordable natural gas from the Appalachian basin for 15 or more years to power a natural gas plant that is replacing aging coal plants,” the commission argues. “Nexus was the best economic option at the time” DTE originally contracted for Nexus supplies in 2014.

Environmental groups then filed an appeal with the Michigan Court of Appeals in March. DTE, regulators and the attorney general’s office filed briefs on Aug. 30.

The appeals are among multiple legal challenges to the Nexus pipeline, which started operating in October. In July, a federal appeals court denied Nexus owners’ attempt to dismiss a lawsuit that challenges the Federal Energy Regulatory Commission’s approval of the pipeline.

In late August, Nessel joined the environmental groups on appeal, arguing the case is about the short-term contracts. In filings, Nessel says depending on a 15- to 20-year outlook is a “reckless gamble with ratepayer money,” given the uncertainty of the natural gas market.

“It also ignores the realities and economics of a rapidly changing energy landscape,” Nessel says in court filings.

Andrews, the attorney representing the environmental groups, also called the $375 million figure “stale speculation” that was based on an analysis in 2015. She adds that the savings predicted four years ago “just aren’t materializing.”

“Will they materialize in 2028 or 2032? I don’t know — how could anybody? If those benefits materialize, then let’s recover the costs then. Ratepayers shouldn’t be paying those costs in these affiliate cases,” she said.

Andrews called Nessel’s involvement in the case since she took office this year a “positive shift” from former Attorney General Bill Schuette, who had declined to formally side on the code of conduct question.

It’s also another sign of Nessel siding against utility requests to recover certain costs from ratepayers. Nessel issued a strongly worded statement in July against DTE’s request for a $328 million rate increase, saying she is putting the company “on notice” that she is reviewing cases that benefit ratepayers and “not dividends for their shareholders.”

In an interview with the Energy News Network, Nessel credited deputies in her office with joining the appeal.

“They understand what my vision and what my priorities are,” Nessel said.