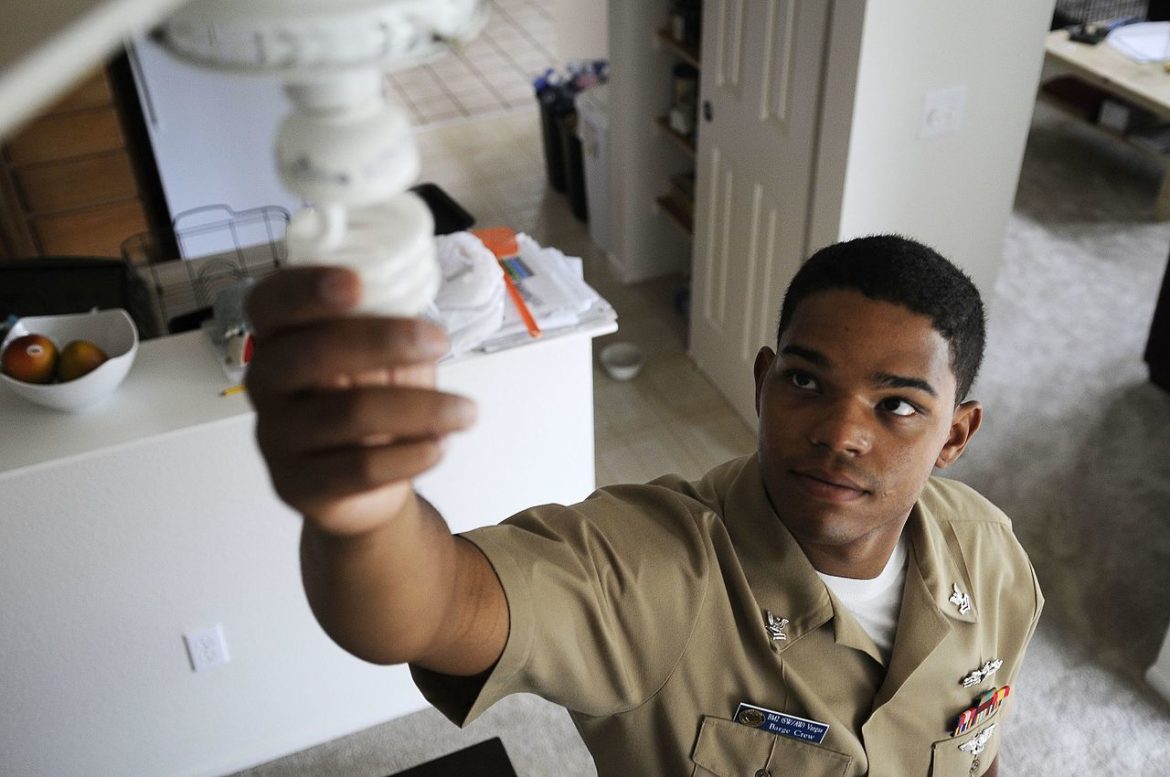 To improve their energy efficiency rankings, Virginia and other states with modest starting points can begin with basics such as efficient lighting.

An annual energy efficiency report card ranks Virginia poorly for utility programs, though some are hopeful for change.

If Virginia is ever to bust loose from its middle-of-the-pack state ranking on energy efficiency, its regulated utilities must be the prime movers and shakers.

That conclusion leapt from the pages of the 2019 State Energy Efficiency Scorecard released earlier this month by the American Council for an Energy-Efficient Economy.

Virginia’s ranking of 29th was a tumble of three positions from last year. The state earned just 15 points of a possible 50 across six different energy-efficiency categories.

Its most abysmal showing was in the “utilities” category, earning half a point out of a possible 20. Granted, the national median score in that category is just 5.5.

Weston Berg, the report’s lead author, said he expects Virginia’s Grid Transformation and Security Act to usher in a new era of efficiency that could be reflected in next year’s scorecard. The law, passed last year, requires Dominion Energy and Appalachian Power to earmark a total of $1.3 billion for energy efficiency programs during the next decade.

“Utilities are really what’s holding Virginia back,” Berg, an ACEEE senior research analyst, said in an interview. “We’re seeing new developments in Virginia every day, which indicates a change in culture. There’s still a lot of work to be done, but we’re hoping this will change the picture in Virginia.”

This is the 13th year that ACEEE, a nonprofit founded in 1980, has issued its cross-country scorecard.

It’s not a gimmick, Berg said. The bottom line is that it’s up to states to address what’s often overlooked as the least-cost energy resource because the country lacks national energy efficiency standards.

“It gets visibility because everyone likes rankings,” he said. “It’s a progress report and a window for states to see what is going on with [energy efficiency] elsewhere. This generates friendly competition.”

Chelsea Harnish, executive director of the Virginia Energy Efficiency Council, agreed with Berg that the landmark Grid Transformation and Security Act, also known as SB966, will be a boon to the state.

“We’re not going to have a large omnibus every year, but this one paves the way for us to move up in the rankings,” she said.

Her council, founded seven years ago, is made up of businesses, schools, nonprofits, local governments, state agencies and utilities.

“It’s the first time ever that these types of programs have been approved at the budget level requested and approved to run for five years,” she said. “The longer a program runs, the more efficient it can be.”

The scorecard notes that one shortcoming of the grid transformation act is its exemption of large energy customers.

As well, Berg said, requiring utilities to spend a certain amount of money is laudable, but equally crucial is measuring how those investments lead to reducing kilowatt-hours and customer bills. Rules in Arkansas and other states require such detailed reporting, he added.

Harnish said Virginia utilities are required to file annual measurement and verification reports with regulators on their programs.

Thus far, however, the Republican-dominated General Assembly has been reluctant to pass legislation requiring utilities to meet a mandatory savings target. Delegate Rip Sullivan, a Democrat who represents a district in northern Virginia, has regularly introduced a bill calling for such a measure, also known as an energy efficiency resource standard.

One bright scorecard spot for Virginia was the 4.5 points, out of a possible 6, in ACEEE’s “state government-led initiatives” category. The national median score was 4.

She praised Democratic Gov. Ralph Northam for including efficiency in the executive order he issued in mid-September. Though it was overshadowed by a measure for Virginia’s electricity grid to be carbon-free by 2050, Northam directed state agencies and public institutions to reduce electricity use 10% by 2022, with 2006 as the baseline.

Harnish said criticism leveled against the relatively low efficiency bar was unfair. Northam was using the same language that former Gov. Terry McAuliffe, also a Democrat, used in one of his executive orders, based on a 2009 law passed by the General Assembly.

“We all know that executive orders expire at the end of a governor’s term,” she said. Northam’s four years in office will end in 2021 because Virginia governors are term-limited.

“Yes, we need to be more aggressive, but that’s up to the General Assembly to pass legislation,” she continued. “What’s unique here is that the governor is saying we can reduce energy use within state buildings. That’s positive.”

Northam’s executive order was not factored into this year’s scorecard because researchers had already collected data for the report.

Walton Shepherd is the Virginia policy director in the Natural Resources Defense Council climate and clean energy program. NRDC is an advocacy organization.

He agreed with Harnish that there’s “only so much that an administration can do on its own with the stroke of a pen” on the energy efficiency front. “The General Assembly does hold the cards to make larger structural changes.”

Two policy changes at the top of his Virginia priority list include decoupling — that is, untying electricity rates from kilowatt-hour sales — and sending utilities signals that energy efficiency can be just as profitable as building large, fossil fuel-dependent projects.

“It’s heavily reliant on the old, regulated utility model of building large capital projects and spreading the cost,” he said. “There’s a lag.

“The state is inching toward a new model, but policy has not caught up with the 21st century.”

Maryland received a special shout-out for climbing up three spots and landing in seventh place. But Shepherd emphasized that mimicking its neighbor to the north isn’t a panacea for Virginia.

“You don’t have to be a mid-Atlantic or Northeastern state to go big on energy efficiency,” Shepherd said. “It’s about catching up on common sense policies that most of the country has already embraced.”

Despite the state’s stumble from last year, Harnish insists that things are looking up.

“It’s a really good time to be involved in clean energy in Virginia,” she said. “We’re on the cusp of something exciting.”