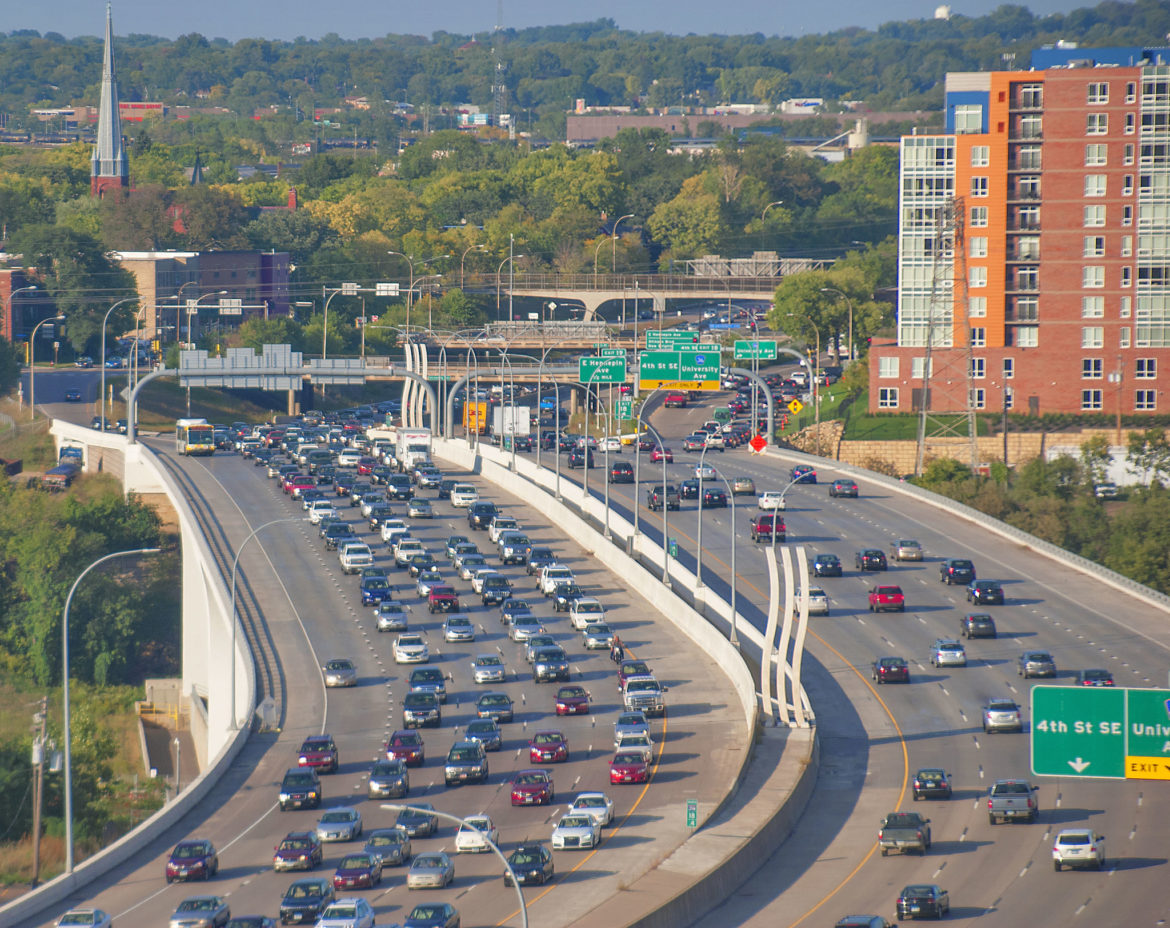 Outbound commuters travel on Interstate 35W in Minneapolis. A planned expansion of Minnesota's electric vehicle charging network will focus on areas outside of the Twin Cities, with a goal of forming a “minimum viable network” across the entire state.

The first round of spending includes $1.7 million to install 66 chargers at 22 sites outside of the Twin Cities metro area.

Minnesota will spend nearly $1.7 million from its share of the Volkswagen emissions-cheating settlement to expand electric vehicle charging options over the next two years along the state’s major highways.

The 22 added charging locations will collectively form a “minimum viable network” across the entire state, said Matthew Blackler, CEO of ZEF Energy, which will build and operate the charging stations.

The only region that will not see any new charging stations is the Twin Cities metro area, where officials determined there was less need. Highways with the most traffic and fewest existing fast chargers were chosen for the first round of investments, Blackler said.

ZEF has already built out much of the existing fast-charging network in Minnesota and Wisconsin, including a fast-charger highway corridor from the Twin Cities to Minnesota’s North Shore of Lake Superior along Interstate 35 and Highway 61. The settlement money will pay for roughly 80% of the cost of the new chargers, leaving ZEF to pay for the rest or find financial partners to contribute in cities being served by the network.

“The complaint now we’re hearing is that people in the metro can get out of the metro but people in Greater Minnesota can’t get in,” she said. “Electric vehicles are spread all over the state; it’s not just a metro thing.”

None of the new sites are operational but Place expects a handful may be installed by the end of this year. State guidelines limited charging sites to within a mile of state highways or interstates that have access to a retail area open 24 hours a day, Place said.

The sites also must be “future proof” by offering 350 kilowatts of electricity so more chargers can be added later, Place said.

Drivers may end up charging for a time with a Level 2 if the fast charger is occupied and then switching to it later. The state VW settlement funded one “supercharger” capable of charging vehicles in 15 minutes that will be in Albert Lea at the intersection of Interstate 35 and Interstate 90.

A handful of cities were pre-selected by the pollution control agency while ZEF mainly manages the specific site selection process within communities along the route, Blackler said.

The responses in those cities came from utilities, investor-owned utilities, city officials and Native American tribes. “People who responded promptly were the people we worked with first,” Blackler said, and those tended to be larger organizations that had good community connections.

The communities had to provide potential sites for chargers and show support from local institutions. For the most part the cities were far enough apart to create a viable network, though a few are close together due to proximity to universities that are likely to have greater populations of electric vehcile owners and visitors, Blackler said.

“People living in rural areas may have a 50-mile drive to the nearest mall, so they’re looking at the proposition of an electric vehicle much differently than someone who lives in the seven-county metro area,” he said. “This infrastructure will boost their confidence to really consider that choice.”

Minnesota is receiving $47 million for the VW settlement that will be spent in three phases over 10 years. Under the agreement, states can spend 15% of the money on charging networks. Minnesota is doubling charging station expenditures in the second phase.

Place is currently planning which corridors will receive money during the next four-year funding phase. The plan will likely include highways selected for the first phase as well as new corridors, she said. Communities are adding chargers, making it harder to determine where gaps exist in the system, she said.

“By the time phase 2 gets going there may be cities which already have chargers in them,” Place said. “We can’t stop innovation. It eventually [will be] like gas stations. The more the merrier.”