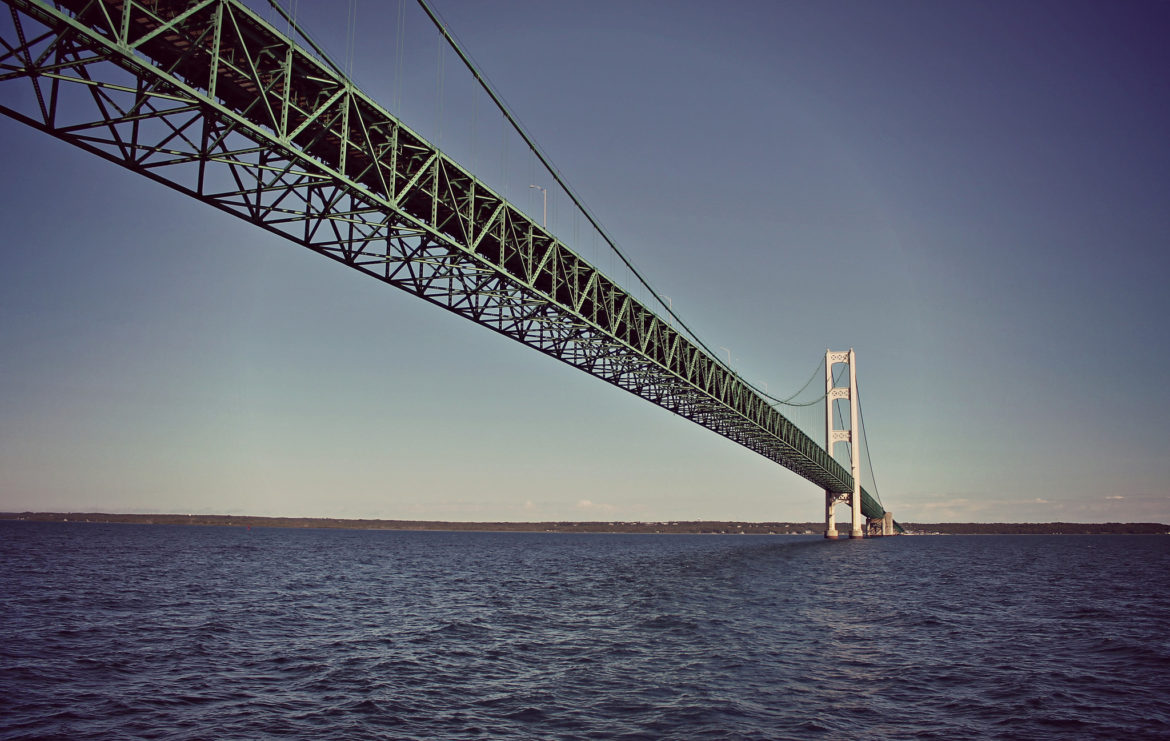 “I saw Line 5 as the biggest threat to the sanctity of the Great Lakes,” Attorney General Dana Nessel says.

Critics of Attorney General Dana Nessel downplay her focus on ratepayer advocacy and say her motivations on clean energy issues are politically driven. Advocates say she is giving a powerful voice to those long ignored by Republicans.

Either way, Nessel has undoubtedly shifted the course of Michigan’s Department of Attorney General during her nine months in office. She has taken legal action to shut down the Line 5 pipeline and has intervened in national clean energy-related lawsuits, most recently backing California’s stricter fuel economy standards for cars.

Nessel is among a cohort of state attorneys general that use their office to promote clean energy, according to a recent report by the New York University School of Law. Nessel has joined 22 other attorneys general in a lawsuit against the federal government’s rollback of vehicle emission standards, as well as challenging the Trump administration’s Affordable Clean Energy rule. She has withdrawn the state from lawsuits — joined by former Republican Attorney General Bill Schuette — involving the Clean Power Plan and ExxonMobil’s climate change disclosures.

Nessel says she is driven to act on climate change in the relatively short amount of time she’ll be able to serve as attorney general, and that she has a constitutional duty to protect the Great Lakes.

Nessel recently spoke with the Energy News Network for an extended interview about advocating climate change issues, the case for shutting down Line 5, and being an outspoken supporter for residential utility customers. The interview has been edited for length and clarity.

Q: You have said Line 5 was a driving factor behind your running for attorney general. In your legal arguments against Enbridge, you’ve claimed Line 5 is violation of the public trust doctrine, as advocates have discussed for years. How did this become part of your argument against the pipeline?

A: I had read a lot about this argument from some of the advocacy groups that were actually in opposition to Line 5. To me, more than anything, it just came back to essentially my constitutional and statutory duties as attorney general. And the Michigan Constitution has not one but two provisions that talk about protecting our air, water and natural resources.

It just seemed incumbent on the holder of this office. I saw Line 5 as the biggest threat to the sanctity of the Great Lakes. It felt incredibly important to do everything in my power to protect the Great Lakes from a massive oil spill. I can’t imagine what our state would be like following a spill. It would destroy so much of the Michigan we know. It just doesn’t seem worth it to me.

Q: The public trust doctrine talks about using public resources for the public benefit. Could some argue that Line 5 does provide a public benefit by distributing energy for consumption?

A: I’m sure Enbridge would argue that, and they have argued that.

Everything is a balancing act. For the small percentage of energy that actually runs through Line 5 and goes to the state of Michigan, or goes to anyone in the United States of America, it has not to me seemed worth the very large risk that we’re taking. There are so many different ways to make up for the loss of energy. We’ll never make up for the loss of the Great Lakes. That’s not a risk I’m willing to take on behalf of the residents of the state I represent.

I see a lot of the arguments made by Enbridge that for 66 years there has been no spill. Well, no 66-year-old goes to the doctor and the doctor says: “You’ve had no medical issues in 66 years, you probably won’t for the next 10.” You don’t get healthier as you get older — for a human or a pipeline.

Q: Contingency plans — or what happens in the event Line 5 is shut down or a tunnel for is not built — have been a focus of Gov. Gretchen Whitmer and your legal arguments. When Enbridge says it doesn’t have a Plan B if the tunnel is not built, what’s your response to that?

A: I think they’re being totally honest: They don’t have a Plan B. That’s why they’re fighting so hard to keep the line open as long as possible.

My theory all along has been that this tunnel — more than anything — is just an effort to keep Line 5 in its current form as long as possible. They’ve said they can get it open in the next four to five years. We don’t think that’s possible, not with the expected challenges to permits. Our expectation is their original assessment is more accurate — seven to 10 years. It’s an enormous risk to have Line 5 run that long.

The governor said she did want a very specific timetable. It wasn’t that they were unable to say they couldn’t do it in two years, they wouldn’t give any time. They said we’ll just shut it down when the tunnel is built, at whatever juncture but not before. I thought that was really telling.

Q: What’s your response to claims that shutting down Line 5 would be devastating for Upper Peninsula residents who rely on propane, would increase gasoline prices, and is part of environmental groups’ broader plan to phase out fossil fuels?

A: I know this is framed as partisan in nature, but I’ve spent a tremendous amount of time up north. Democrats and Republicans alike are concerned about this issue. The vast majority of people I have talked to are supportive of removing Line 5 from the Straits.

In terms of the larger argument on fossil fuels, while I’m very interested in ensuring the laws on the books are enforced … it’s incumbent on the state attorney general to protect the health, welfare and safety of Michiganders. There is some comparison to be made of the fossil fuel industry and big tobacco in terms of health hazards and just general injury to the state.

It comes down to wanting to protect the Great Lakes and ensure I keep my statutory and constitutional obligations to protect our natural resources and not permit a private corporation to dictate to the state of Michigan our ability to protect our Great Lakes.

Q: You have been vocal about residential ratepayer protection involving cases before the Michigan Public Service Commission, yet this has been part of the attorney general’s office work for decades. Are you doing anything differently than what your predecessors have done?

A: I would say than some of my predecessors.

I think part of the legend of former Attorney General Frank Kelley had to do with the development of the attorney general’s office as the consumer protector-in-chief. I think the office had been utilized primarily as the defender of state agencies and state government — the government’s lawyer. He worked really hard to build this office into a place that consumers could turn to when they were not being treated fairly by the industry.

Particularly when it comes to utilities, these are monopolies. That’s why it’s particularly important the attorney general be very strong: That’s our job to protect ratepayers in these cases. We definitely saw a movement away from that during the (former Attorney General Mike) Cox years and definitely during the Schuette years.

One of the things that struck my attention was the numbers in terms of what Michigan residents were paying for utility rates versus surrounding Midwest states — how much higher ours were. But also the disparity between industry rates and residential rates. That seemed to flip substantially over the years.

What we can say about utility rates is they certainly do affect lower-income people in urban areas. It also has the same impact if you’re in a rural area and everybody is similarly impacted. It’s just bad for ratepayers all over the state.

Q: So you don’t subscribe to the idea that keeping industrial rates low is good for economic development?

A: I do not. I think that’s entirely unfair to residential ratepayers and to people who can least afford those rates.

Q: Do you see potential conflict between your ratepayer advocacy and clean energy? In other words, if clean energy isn’t the cheapest way to produce power?

A: We’ve talked a lot about that. Whenever you first put something on the market, it seems like it’s more expensive initially. For a lot of transitions you’re making into a better, cleaner product you are going to have those issues.

Is there a conflict? There is, to some extent, it would be naive for any of us to suggest otherwise. The hope is, as you start to move forward on renewables, anyone who subscribes to basic science understands the urgency and the need to do so. It will cost us more money in the long run if we don’t make this movement towards renewables.

The expense we’ll be utilizing in transferring to renewable energy will pale in comparison to the money we spend to combat the impact of climate change.

Q: Is it difficult to advocate climate change action in cases before the Michigan Public Service Commission, which is somewhat constrained with issuing rulings based on this topic?

A: In terms of the integrated resource plan for Consumers Energy, I think everyone was on board with that. People are excited to see them being more proactive, and seemingly less excited about DTE’s plan.

I think this office does have the ability to help frame some of those arguments and decisions down the road. I have a hard time thinking that I have this limited opportunity to be sitting in this seat and not have worked real hard to do something to prevent catastrophic impacts to our state in years to come.

It concerns me. My wife told me to shut up the other day — I was going on and on about it. She said it’s depressing. It is depressing, but that’s part of why I ran. I wanted to make certain the state was playing an active role in this issue.