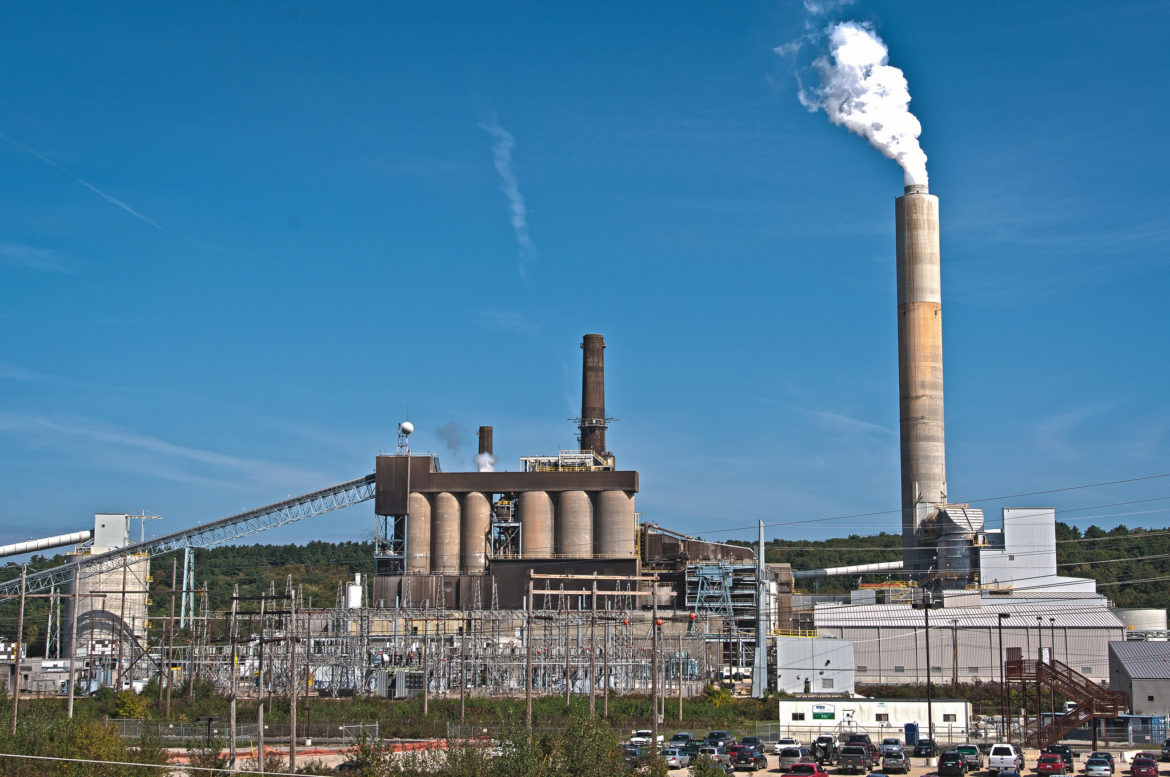 Regional Greenhouse Gas Initiative supporters acknowledge other factors but say the program is an important piece.

Northeast states participating in a regional carbon pricing compact are cutting power sector emissions and growing their economies faster than most states.

As the Regional Greenhouse Gas Initiative turns 10, though, some analysts and advocates warn against attributing too much recent progress to the program.

“People like to over-emphasize the benefits” of the initiative, said Noa Dalzell, state carbon pricing network coordinator at Climate XChange, a Boston-based organization that advocates for carbon pricing.

The Regional Greenhouse Gas Initiative, commonly referred to as RGGI, works on a so-called cap-and-invest model. The program puts an annual limit on carbon emissions from power plants, and emitters have to buy allowances for their share of the pollution. The revenue from these sales is split up among member states and much of it is reinvested in clean energy or energy efficiency projects.

The cap-and-invest model is just one way of putting a price on carbon emissions, an approach to fighting climate change that is gaining momentum. Last year at least 16 state legislatures — including those in Connecticut, Maine, Massachusetts, Rhode Island, and Vermont — considered bills that would’ve imposed economy-wide carbon taxes, Dalzell said. A group of nine states and Washington, D.C., is banding together to create a market-based system for reducing emissions from transportation. Even major corporations are pushing for a carbon price.

With the burgeoning interest in carbon pricing, however, comes a need to understand how different models work and what they can reasonably accomplish.

A report released last month by nonprofit environmental group Acadia Center found that the RGGI states — Connecticut, Delaware, Maine, Maryland, Massachusetts, New Hampshire, New York, Rhode Island, and Vermont — reduced carbon dioxide emissions in the power sector by nearly half, exceeding the national rate by 90%. At the same time, the economies in the partner states grew by 47%, much faster than the rest of the country, the report concludes.

And it’s clear that RGGI drove at least some of this movement, said Jordan Stutt, carbon programs director at Acadia Center.

“The RGGI states took a bold step when they created the program,” Stutt said. “That risk has paid off.”

Earlier this month RGGI also released its own report, an annual accounting of how the proceeds of allowances sales were used in 2017. About half of the money was invested in energy efficiency programs; 16% went to direct bill assistance for customers. Clean and renewable energy and greenhouse gas abatement each received 14% of the money.

The analysis concludes investments of RGGI revenue made in 2017 will, in their lifetimes, return $1.4 billion in energy savings to consumers and cause a reduction in carbon emissions equivalent to taking 1.6 million cars off the road.

The economic numbers are particularly telling, said Bruce Ho, senior advocate for climate and clean energy at the Natural Resources Defense Council. Traditionally, many in the business world have argued that measures to protect the environment were bound to hurt the economy. The two reports suggest quite the opposite, Ho said.

“It’s not an either-or choice,” he said. “In fact, smart climate policy helps stimulate the economy and save people money.”

Still, Dalzell cautions against attributing too much of the region’s progress to RGGI. In the 10 years the initiative has been in operation, technology has improved significantly, costs for renewable energy have plummeted, and the price of natural gas — which produces less carbon dioxide when burned than oil or coal — has declined steeply. These factors certainly account for some if not most of the emissions reductions in the RGGI region, she said.

The investment of RGGI revenue has likely made some impact, she said, but the program’s numbers are still relatively small. The money going to energy efficiency measures, for example, is just a tiny fraction of the funds that come from energy efficiency surcharges on consumers’ utility bills.

Dalzell worries that too much touting of RGGI’s success will blunt states’ ambitions for more aggressive action. What is really needed, she said, is a far-reaching carbon price that touches all the places fossil fuels are used in our economy.

“We have to go much farther to reach the necessary emissions reductions,” she said. “It’s not a comprehensive solution.”

Others in the environmental community feel that any carbon price is a move in the wrong direction. Market-based mechanisms like RGGI are unnecessarily complex, said Jim Walsh, renewable energy policy analyst for Food and Water Watch. Rather than creating what he calls “convoluted trading programs,” states should take more direct action by simply passing laws, imposing taxes, and funding projects that reduce emissions and boost clean energy, Walsh argues.

“What we need is to stop fossil fuels at the source,” he said. “What we lack is the political will to do it, and RGGI is a distraction from building that political will.”

Even RGGI supporters acknowledge many other factors involved in the decrease of emissions over the past decade. But the program, they say, plays a vital role in the fight against climate change.

“It’s been a hugely important piece of the decarbonization puzzle,” Stutt said. “It doesn’t work alone, but it helps accelerate progress to reduce pollution and accelerate the clean energy economy.”