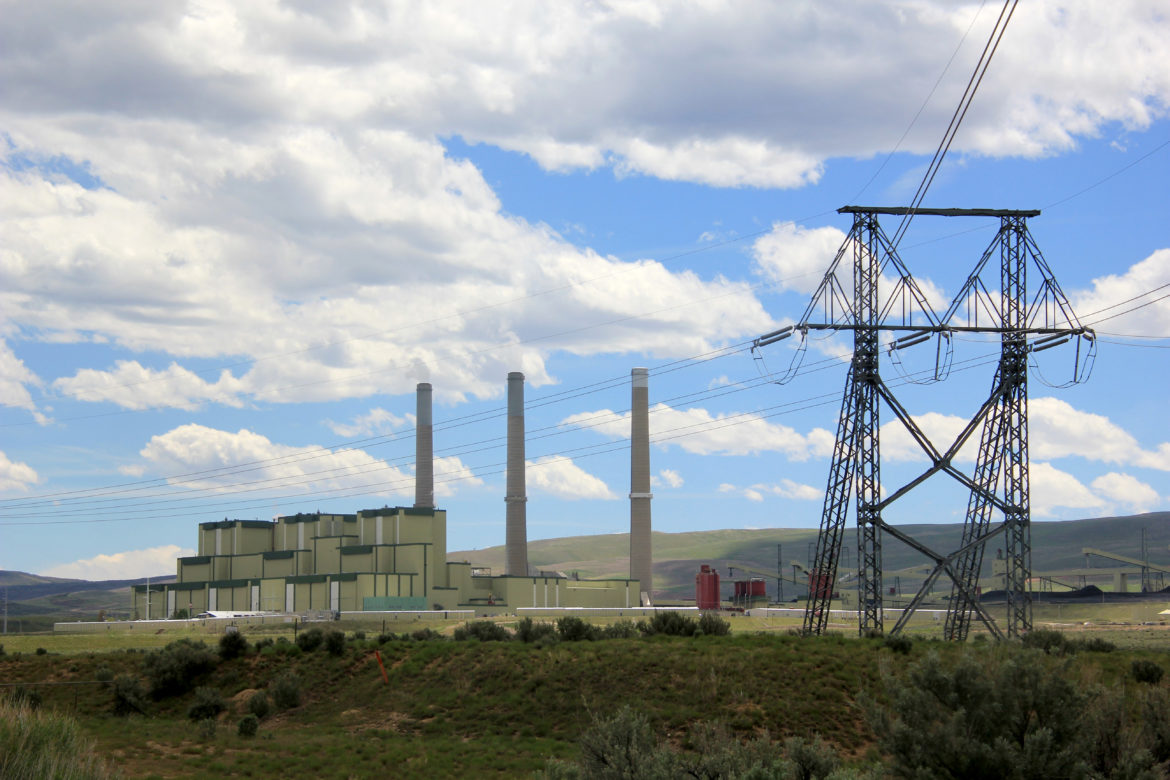 Tri-State Generation and Transmission plans to close its coal-fired power plant near Craig, Colorado by 2025.

“We don’t see a future beyond 2030 for coal production and generation,” Duane Highley told the Colorado Public Utilities Commission on Oct. 15.

Under pressure by its largest member co-ops and two new state laws to more rapidly pivot toward clean energy, Highley, who began as chief executive in April, said Tri-State is up to the task.

“Watch our feet,” he told commissioners.

Highley’s comments on coal suggested an “elephant in the room,” said one commisioner. The company and regulators will need to consider Tri-State’s financial and environmental obligations as it closes mines and transitions from coal, PUC commissioner Frances Koncilja said.

“Everyone wants you to deal with that sooner than 2030,” Koncilja said.

Westminster-based Tri-State delivers electricity, a significant portion coming from coal generation, to 18 of Colorado’s 22 electrical co-operatives. It also delivers power to 25 other operatives in three other states.

Highley’s comment came as the PUC took testimony from stakeholders engaged in creating rules for PUC’s governance of Tri-State’s electric resource planning as directed by a new state law.

Tri-State has been pivoting toward renewables, but far more sluggishly than Xcel Energy, which reacted quickly to market forces and technological changes. Now, both have legislative mandates.

SB19-236, another new law, directs the PUC to promulgate rules that require Tri-State to submit electric resource plans for approval similar to what it already does for Colorado’s two investor-owned utilities, Xcel Energy and Black Hills Energy.

Tri-State is a creation of its member co-operatives, who are exempt from direct regulation. But Tri-State — despite its nonprofit status — operates substantially like Xcel Energy and Black Hills. The new law makes clear the PUC has authority to regulate resource planning, looking out after the public interest.

Tri-State has already started trimming its coal-burning fleet. In September, it ceased operations at its 100-megawatt Nucla power plant in southwestern Colorado. The plant, which began operations in 1959, had been scheduled for retirement by July 2022 under terms of an agreement with state and federal agencies and environmental groups to reduce regional haze.

That same 2016 agreement will result in closing of a 428-megawatt fired plant at Craig by the end of 2025. The plant was completed in 1977. It is owned by Tri-State but also four other utilities. Those same four partners also own a second 428-megawatt unit at Craig, and all four have also indicated they want to get out of coal but have not reached agreement for doing so.

Tri-State exclusively owns the third 428-megawatt unit. Tri-State’s Trapper Mine and now the ColoWyo Mine have supplied the Craig units.

Since 2010, Tri-State has added 352 megawatts of renewable generating capacity and, by 2023, will add another 204 megawatts of wind and solar, both in eastern Colorado. In June it issued a request for proposals for additions of projects of 10 to 200 megawatts. Beyond this, says Tri-State, it will need no new generation before 2026, when the first Craig unit will be retired. in 2018 it had 3,000 megawatts of peak demand.

But the PUC has latitude in other aspects of how it regulates Tri-State. “What boundaries should we not cross?” asked Jeffrey Ackermann, chairman of the PUC, referring to the limits of PUC authority. Tri-State attorney Tom Dougherty said the relative cost of two alternative plans that achieve substantially the same purposes should be recognized.

State lines pose literal boundaries. Two-thirds of its electrical demand comes from within Colorado. Some of that demand may be met by Tri-State resources from outside Colorado. It’s part-owner of the Laramie River Station in Wyoming, the full owner of Escalante in New Mexico, and a majority owner of Arizona’s Springerville, all of them coal-burning plants. It also owns a natural gas plant in New Mexico.

What if Tri-State builds a solar farm in New Mexico or a gas-fired plant in Wyoming?

“Our view — this is all very much new to us — is that if it is included in the portfolio intended to serve Colorado, it is probably fair game for Colorado to look at,” replied Dougherty.

Closely related is the question of accounting for greenhouse emissions. Should Tri-State be required to account for emissions for Colorado vs. other states? “Think about the four corners of Colorado vs. the four states,” said Keith Hay, director of utility policy for the Colorado Energy Office. “It’s not a question of what they can do but what you order them to do and how they respond.”

Those questions need to be resolved in ways that Ackermann said do “not set ourselves up for a (U.S. Constitution) commercial clause fight when we talk about Tri-State’s impact on Colorado.”

Another issue is how soon Tri-State must submit its resource plan. The working date is June 1, 2020. Tri-State wants several months more.

So does Howard Geller, the executive director of the Southwest Energy Efficiency Project, an advocacy group that is at the table by virtue of filing substantive comments. Geller said SWEEP’s recommended demand-side management study could take six months or longer to complete. Waiting would yield greater benefits in cost-effective reduction of greenhouse gas emissions and other environmental improvements.

“Demand response is cost effective today, and it becomes even more important as you bring in higher levels of renewables in the future,” he said.

But to achieve those energy efficiency and demand-response goals, Tri-State needs to have a better program with its members. Some members have extensive programs, others very little. In general, the largest member cooperatives have the resources to help customers. Tri-State has long maintained that, unlike Xcel, it does not have that direct relationship with consumers. The co-ops do. Partnerships with members would allow Tri-State to intensify its demand-response gains.

“I’m frustrated by Tri-State’s slow transition from fossil fuels to cleaner, cheaper energy,” Jim Riggens, who identified himself as a retired Air Force pilot who lives northeast of Colorado Springs, told the PUC commissioners in person.

“Just because we live in a rural areas, we shouldn’t be left behind in moving to renewable energy,” said a mother of two teenagers from Crested Butte in testimony read to the PUC commissioners.

The PUC will take up creation of the rules again on Nov. 15, said Ackermann, with the intent of issuing an order that adopts final rules by the end of 2019. A fundamental challenge, he said, was to thread the needle, balancing the competing needs of expedience and completeness.