Photo By
Senior Services Plus / Courtesy 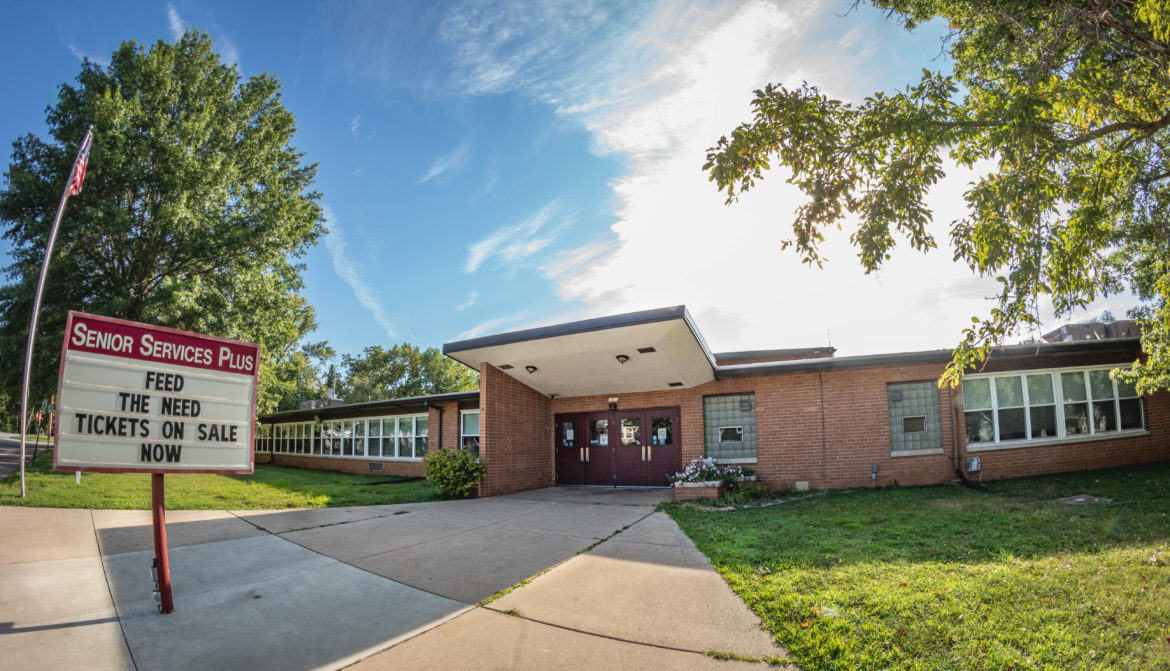 Two solar installations, including one on its main facility in Alton, Illinois, will help Senior Services Plus save about $25,000 per year.

Correction: Applications for a third round of community solar projects will open in summer 2020. A previous version of this story misstated the program’s status.

Senior Services Plus, a nonprofit in Alton, Illinois, offers exercise classes, foster grandparent programs, travel, meals-on-wheels, and many other programs for low-income seniors in the rural community.

Soon the organization will have about $25,000 more per year for such programming, thanks to energy savings through the Illinois Solar for All program, which incentivizes solar in low-income and environmental justice areas underrepresented in the solar market.

“Any time we can save money on our fixed utility costs, that money goes right back into our mission-driven programs,” CEO Jonathan Becker said, adding that the organization is eager to be part of the state’s clean energy transition.

Senior Services Plus will get a 300-kilowatt solar installation on its main facility in Alton — a city of about 28,000 located 15 miles north of St. Louis, Missouri — plus a 12-kilowatt installation on an apartment in nearby Granite City, Illinois, that is part of a pilot project for senior affordable housing. The installations will be owned and operated by Novel Energy Solutions, based in St. Paul, Minnesota, and Senior Services Plus is guaranteed 50% savings compared to what they would have otherwise paid for that energy through the utility Ameren.

The two Senior Services Plus facilities are among a dozen sites chosen for incentives under the first round of Illinois Solar for All, announced in October. The program was created by the 2017 Future Energy Jobs Act. With about 5.4 megawatts worth of community solar and distributed generation chosen in the first round, it is among the smaller programs created by the law. Several developers whose projects were chosen for Illinois Solar for All had also tried unsuccessfully to get incentives under the much larger community solar adjustable block grant program created by the 2017 law, where projects were chosen through a lottery.

Illinois Solar for All gives developers the right to sell renewable energy credits for the energy they generate from solar installations they own and operate on the property of businesses, nonprofits, government agencies or other entities. The credits are more valuable than others created under the Future Energy Jobs Act, which helps solar developers deliver guaranteed savings to customers who might not otherwise be able to take advantage of solar. And there are no upfront costs to the customers.

A high school and elementary school in Aurora, a Chicago suburb home to many Mexican immigrant families, will also both get rooftop solar under Illinois Solar for All. The energy savings will help the schools pay for roof replacements, noted assistant superintendent of operations Angela Smith, while also providing fodder for science and math lessons. PSG Energy will operate and own the 660-kilowatt installation at the high school and a 120-kilowatt installation on the elementary school, and the district is hoping to install more solar. The Aurora school district has already installed multiple geothermal heating and cooling systems, and solar helps to continue a commitment to clean energy, Smith said.

“We would not be able do this if they weren’t getting paid for [the renewable energy credits]. We don’t have the ability to say, ‘let’s throw solar panels on our roof,’ with that upfront cost,” she said. “But this is a no-brainer. We had to replace the roof anyway, the solar panels are paid for, and we get the income back through savings to pay for the roof.”

She said students are asking administrators for more green options in everything from cafeteria food packaging to energy.

“Students are very interested,” she said, and they’ll now be able to study solar energy firsthand. “We’re excited to see the potential of what that data [from the school’s panels] could bring to enrich our science curriculum. They can study power outages, weather trends, get into the nitty-gritty of data analysis.”

Illinois Solar for All is also supporting three distributed generation projects by Solar Sense in Champaign-Urbana — two 63-kilowatt installations on a neuroscience institute and a center for people with disabilities, and a 100-kilowatt installation on a childrens home.

Community solar projects chosen as part of Illinois Solar for All include two projects developed by Solar Sense, at 20 and 33 kilowatts, aiming to benefit pregnant women and children affiliated with a hospital foundation in Champaign; a 2-megawatt project at a public housing complex in Rockford developed by Trajectory Energy Partners; and a 1,850-kilowatt installation by SunPower on a landfill in Urbana.

“It’s so important we get distributed generation for low-income communities, public housing and environmental justice communities,” said Jon Carson, who co-founded Trajectory Energy Partners in Illinois after the Future Energy Jobs Act was passed. Trajectory submitted applications for 30 different community solar projects under the adjustable block grant program, but none were chosen in the lottery.

“We’ve been committed to Illinois Solar for All from the start of our company and now that we’ve had success in the first round, we are building out a pipeline for other programs,” he said. “We hope to make Rockford the first of many.”

The community solar projects still need to find subscribers before building, and the installations must be energized within two years. Carson noted that he will work with the Rockford public housing authority and two local community organizations to recruit about 800 residential low-income subscribers. The housing authority itself will buy about 10% of the energy.

“This is a great example of the way Illinois Solar for All works: It’s within the city limits, it’s within a lower income environmental justice community, it’s probably not the kind of project many people developed” under other Future Energy Jobs Act programs, Carson said.

The developers accept some level of risk in the program, since they will own and operate the solar installations and are committed to delivering the 50% savings to their community solar subscribers or distributed generation customers regardless of the solar panels’ performance or trends in utility prices. But the program appears to be a good opportunity for profit as well as a chance to help spread solar around the state, they said.

“We think it’s going to be profitable but there definitely is risk involved,” Novel Energy Solutions CEO Cliff Kaehler said. “A lot of the risk is because it’s a brand new program in the state; there’s a lot of learning throughout the whole process. There’s always risk with owning and operating an asset, but we wouldn’t do it if we didn’t think it would be a good deal.”

More solar for all

Elevate Energy senior program manager Laura Oakleaf said the organization is satisfied with how the initiative has played out so far.

“We are really excited that we finally have concrete projects to talk about,” she said. “This has been a long road from the implementation of FEJA and here we are with actual projects and subscribers and tenants and we’re happy to see the benefits are finally getting out in the state.”

The funds available for the initial round of Illinois Solar for All distributed generation projects was not all allocated, and Elevate is still accepting applications on a rolling basis. Applications for a third round of community solar projects will open in summer 2020.

There is currently funding approved for three years of Illinois Solar for All. Legislation is proposed though unlikely to pass this fall that would increase funding for solar incentives including for underserved communities.

Kaehler said he’d like to see the Illinois Solar for All and the larger adjustable block program created by the Future Energy Jobs Act expanded to include more sites and participants, even if reducing renewable energy credit prices is necessary to spread the funding more widely. Kaehler said Novel Energy Solutions submitted 11 proposals for 22 megawatts worth of community solar under the adjustable block program, but none of the projects were chosen in the lottery.

“We’d be fine with lower incentives for projects if it increased the number of projects,” Kaehler said. “Obviously more funding is always better, but if you keep the pot the same, [with reduced renewable energy credit prices] you get more solar into the state and spread it out more around the state.”

He added that the benefits to an organization like Senior Services Plus are multiplied in the community at large, especially in the underserved areas that Illinois Solar for All targets.

“Any time you pump savings into rural areas, it has a huge impact on the rural economy,” he said. “A lot of the rural areas are struggling right now, with the tariffs, what’s happening with farms, so it makes a difference in the rural communities. It’s not only the savings from the solar but the construction jobs, the land rents, bringing people to the area who spend money while they’re there. It’s a huge win for our communities.”