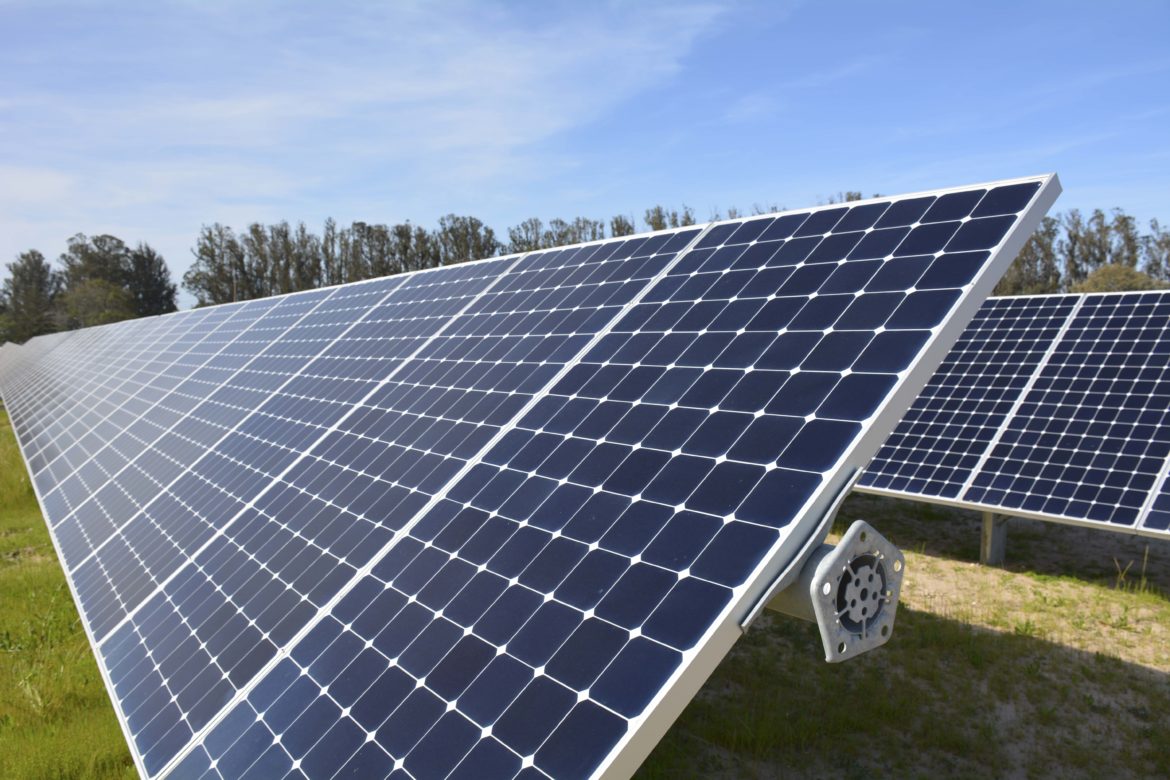 A growing number of companies are planning solar farms in rural Virginia, lured by a transparent and encouraging regulatory process.

Developers have filed notices of intent to build 62 solar projects in Virginia since 2015, with the state Department of Environmental Quality approving 36 permits to authorize construction and operation during that time. Most of them have been sited in rural counties, with more open land and lower real estate prices.

“We have, oh gosh, I don’t know how many developers — more than 30, at least — with more coming in and talking to us every day,” said Mary Major, who works in renewable energy permitting at the Virginia Department of Environmental Quality. “We see a lot of different approaches to how these companies choose to develop these particular facilities.”

Major said there’s so much churn in the solar field that the department finds it difficult to keep track of which projects are being bought and sold by utilities and other entities, such as Dominion Energy’s September acquisition of two projects, totaling 95 megawatts of generating capacity, in Suffolk and Greensville County.

Most of solar’s growth in Virginia has come over the last two years since state lawmakers passed a comprehensive energy bill, the Grid Transformation and Security Act, which in part called for expansion of wind and solar energy in the public interest. Combined with a 2009 law that directed the Department of Environmental Quality to develop transparent, “permit by rule” regulations for solar and other renewable projects, Virginia built a regulatory environment that solar developers found inviting. Gov. Ralph Northam’s executive order calling for 100% of Virginia’s energy to come from carbon-free sources by 2050 further sealed the deal.

“Virginia’s a hotbed right now,” said Kenneth Niemann, senior vice president of development for Caden Energix, which over the last year has filed notices of intent for five solar facilities ranging in size from 20 to 82.5 megawatts. “Everybody’s looking for sites. Everybody’s looking to develop projects.”

And many of those developers are looking specifically at rural localities, mostly because the land there is more affordable than in more populated regions, Neimann said. The cost of land, exposure to sunlight and the availability of connections to the existing transmission grid all factor into the decisions.

Another important question is the disposition of local officials, who have a bigger say on permitting than the state Department of Environmental Quality, which only decides whether all the necessary paperwork is present. The construction and operation of a solar farm generally requires approval by local boards who often must approve rezoning or a special-use permit, sometimes with conditions.

In fact, in a reversal of the usual Virginia dynamic where the state holds the most power, localities are “holding most of the cards” when it comes to approving these solar facilities, department official Major said. Those local ordinances give local boards the power to require conditions or even turn the solar farms down.

“Many localities are passing their own local ordinances with requirements and stipulations about where these projects go,” Major said. “The content of those local ordinances are as varied as the localities that adopt them. Accomac County, for example, crafted a conditional use permit for Amazon Solar East and requested an educational kiosk be built with a platform that overlooks the solar fields so they could bus out school kids.”

Halifax County, an 830-square-mile county home to 34,500 people in the heart of Southside Virginia’s historic tobacco belt, has seen seven different proposals for solar facilities. That wave initially created concern, Major said, but the county went on to require that projects plant native grasses and other pollinator-friendly plants in and around the panels — which attract bees that can benefit regional farms.

In counties that haven’t previously seen solar farms, a proposal becomes an educational experience both for local officials and the developer.

“We were the first project to be approved in Chesapeake, which I’m proud of, but there was a lot of groundwork there in terms of technology: what was a solar project, how are panels made, how are the projects built,” Niemann said. “With time, more and more localities understand the technology and what’s involved. It’s easier in that respect but also tougher, because the more projects there are out there, the more scrutiny they get, which results in more issues and questions to address.”

Each county varies in its attitude and approach.

“Some places are saying, ‘We’ve got two or three projects approved, so maybe we need to call a time-out and make sure we understand the impacts of these projects before we approve new ones,’” Neimann said. “Culpeper County has a moratorium on solar right now. Other counties are much more open to it because it can increase tax revenues and bring high-tech investments. For data centers, high-tech companies, companies that have committed to 100% renewables, solar becomes a carrot the county can dangle out there.”

In Campbell County, Caden Energy’s proposal for a 60-megawatt project on 1,108 acres marks the fourth project to be considered by county officials. The county’s first experience with solar projects came in 2017, when it received three proposals around the same time.

Austin Mitchell, Campbell County’s zoning and subdivision administrator, said the planning commission “put a pause” on the process while the county developed an ordinance to guide the process. To do so, county officials looked at what other localities had done, including Halifax County.

“Some had done extensive ordinances to be very specific about what is in solar energy proposals,” Mitchell said. “We decided to be more general about what had to be in [the] site plan, and then go on a case-by-case basis.”

Campbell County decided not to write a new code section for solar projects, but to add extra requirements around site plans that were already required for special use permits. Solar developers must address traffic impact on roads during and after construction, as well as provide a decommissioning plan, Mitchell said.