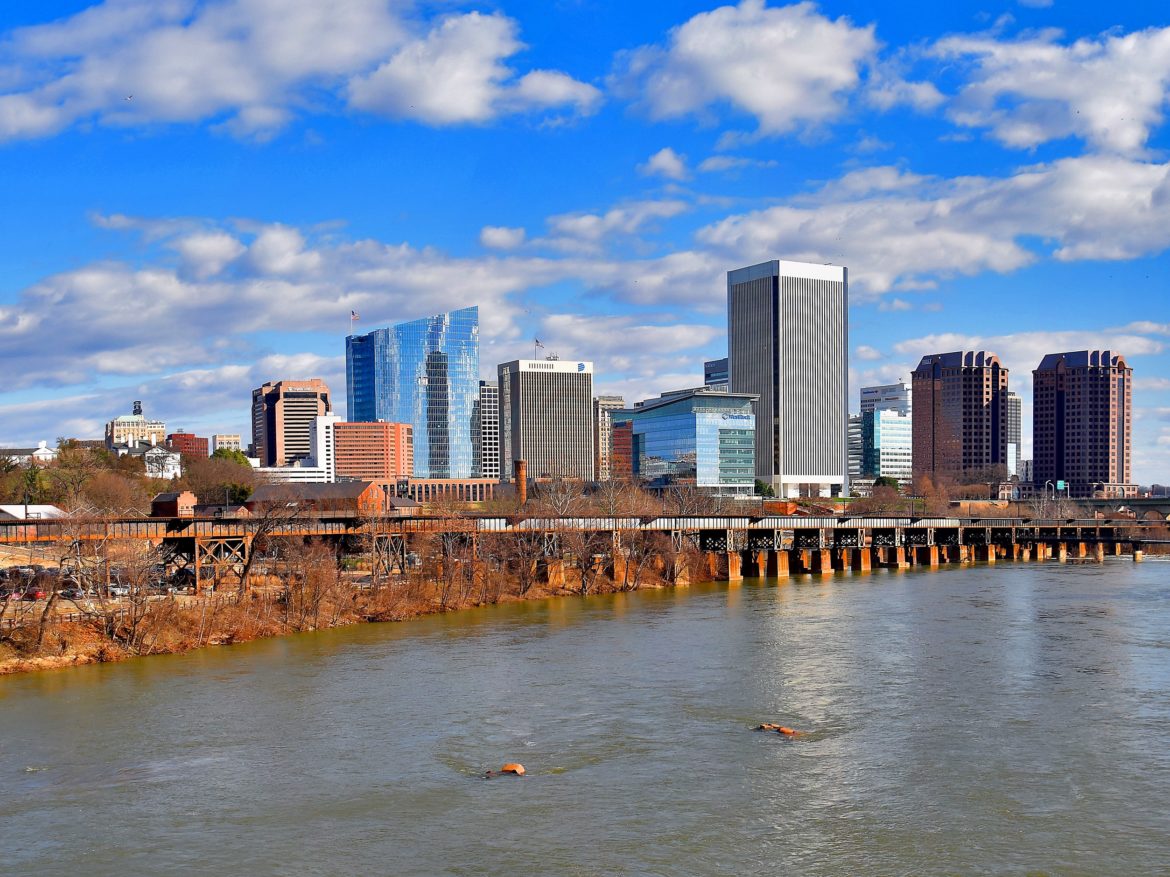 In an interview with the Energy News Network, a vice president for the Virginia utility talks about the industry’s transformation.

Joe Woomer has immersed himself in all facets of the utility industry since he joined what is now Dominion Energy more than three decades ago.

Virginia’s biggest power provider hired him in 1986 after he earned an electrical engineering degree from Penn State University.

Woomer’s newest role is why he was invited to be on stage at the Richmond Convention Center in mid-September as part of a Virginia Clean Energy Summit panel discussing the state’s transforming grid.

That panel assembled minutes after attendees erupted in applause when Democratic Gov. Ralph Northam, the keynote speaker, announced his proposal for the state to derive 100% of its electricity from renewable sources by 2050.

The executive order is one piece of the Northam administration’s overarching plan to green a state that has been slower than its neighbors to the north in its eco-evolution.

Last year, the Virginia General Assembly approved landmark legislation — the Grid Transformation and Security Act — that declared adding 5,000 megawatts of solar and wind energy to the grid over the next decade to be in the public interest. It was a wake-up call for Dominion and Appalachian Power, the state’s two investor-owned utilities.

“I’ve enjoyed every job I’ve had and almost every boss I’ve had,” Woomer said. “The beauty of being in the utility industry right now is that we’re going to see more change over the next 10 years than we have seen over the last 50 years.”

The utility executive spoke with the Energy News Network about what this transformation means for Dominion and its customers. The interview has been lightly edited for length and clarity.

Q: You seemed to hit all the right notes on decarbonization at the summit by telling the audience that “when is now.” You also stated that, “We cannot afford to keep kicking the can on investments that will allow those things to happen. The worst thing that can happen is doing nothing and then having to react.” What investments does that cover?

A: By 2022, Dominion is committed to having 3,000 megawatts of solar and wind energy operating or under development in Virginia. That’s enough to power 750,000 homes.

Also, we have committed to completing the 12-megawatt Coastal Virginia Offshore Wind pilot project, which is expected to be operational by the end of 2020. Our target is to develop more than 2,600 megawatts of commercial offshore wind by 2026.

Decarbonization is not just large-scale solar or wind projects. It has to include a robust distributed energy system.

We will solve this renewable challenge and get to a 100% carbon-free grid. I have no doubt about that. It won’t be today. Everything that is worthwhile takes work.

Q: “Distributed energy” and “demand response” are utility buzzwords. Many have been aggressive with installing smart meters that allow two-way, online communication. Customers can save money and conserve power by receiving, for instance, energy-saving price signals. Where is Dominion with AMI, or advanced metering infrastructure?

A: Sixty-seven percent of the country has AMI. Right now, Dominion in Virginia has 400,000 smart meters installed, but we have 2.1 million customers without them. Our timeline is AMI for all 2.5 million customers by 2024. We have to have the technology so we don’t have gridlock and so we can manage our loads, our peaks and renewable energy.

The most cost-effective way is to roll it out geographically. We started in Alexandria, Arlington County, Charlottesville and Herndon. In 2020, we’ll be working in Richmond, Norfolk, and on a small pilot in Williamsburg.

On a related technology note, our customer information platform is 25 years old and built on legacy software that nobody teaches anymore. Imagine living with your first PC and having only DOS. We have to put forward a new program before it crashes and renders us helpless.

Q: Grid modernization is an amorphous term. Briefly, what does it mean to Dominion?

A: It’s about providing tools and information for customers to manage their energy use so it doesn’t interrupt their lives. We have to prepare the grid to meet customers’ expectations in the 21st century.

Q: How jarring was it when your regulators, the State Corporation Commission, rejected Dominion’s Integrated Resource Plan (IRP) last December?

A: I don’t have direct control over the IRP. I think [that rejection] was a good example of the changing dynamic in our industry. The world that utilities have lived in for the last 50 years will be changing rapidly. We could have done better at developing stakeholder engagement.

Q: Where does Dominion’s revised IRP stand now and what are its next steps?

A: We’ve gone through the resubmittal and regulators accepted our revised plan in June. Dominion will file a 2019 Integrated Resource Plan Update by the September deadline. That document will take any State Corporation Commission comments into consideration.

We have so many more scenarios, which will result in a more detailed IRP. I won’t sit here and say I have all of the answers. I think we need to be collaborating to make this go forward. We have to make sure we’re listening and having candid conversations.

Q: While discussing your next IRP filing at the summit, you mentioned that Northam’s clean energy ambitions “are very aligned to the goals that we had through our stakeholder committees. You think about resiliency, sustainability, affordability and optionality. Those are things that the governor talked about. Those are the things that we’ve been talking about for the last several months as we prepare to make our next filing.” Can you provide some concrete examples?

A: We have been reducing our carbon footprint, but we haven’t been vocal enough about the good things we have done to reduce emissions over the past 20 years. We’ve tried to be good stewards of the environment.

Even before the governor’s executive order announcement, we had announced carbon reduction plans of 55% by 2030 and 80% by 2050.

Our next new IRP will be filed in May 2020. It will include planning elements for distribution, transmission and generation and will provide a much more informed look at the future. We will present some areas to the commission, such as the impact of distributed generation, that had not previously been there.

(Editor’s note: Virginia utilities must file a new IRP every three years; updates can be included during that period.)

Q: “We absolutely have to go faster,” you said at the summit in response to a question about achieving a 100% green electricity grid by 2050. But Dominion’s reliance on adding natural gas-fired plants in Virginia seems to contradict that. Can you explain why the revised 2019 IRP calls for anywhere from six to 10 new ones?

A: I think renewable energy is what we need to be supporting, but we need an asset that is dispatchable to complement renewables when the wind is not blowing and sun is not shining. Batteries will supplement and supplant gas as those technologies progress. And I’m really excited about pumped storage.

It would be irresponsible for us to go out there and make massive investments in batteries when the technology is improving by leaps and bounds. We need to invest at the right time.

What we need today is something we can put on the grid quickly at a very low cost. The natural gas plants we are putting in are targeted installations for targeted needs, so they won’t be baseload generators going forward.

Q: Where are you learning lessons about transitioning to renewables?

A: We absolutely work with our industry peers and research groups, universities, state agencies and regulators. I’m a collaborative type of individual. We’ve learned an immense amount from all of our stakeholder groups. It’s only through vocalizing and understanding those issues that we make progress.

Q: What is one pilot project you want to highlight that encourages energy efficiency and/or renewable power?

A: If we do it right, our smart-charging pilot program for electric vehicles will do more for decarbonization than almost anything else we do.

This is not necessarily about Dominion providing the actual chargers. Instead, we need to be thinking about what we need to have accessible charging infrastructure for homes, multifamily communities, workplaces, and for on-street parking, ride-sharing, and near mass transit.

It’s about providing smart, managed charging so people don’t have range anxiety and so they feel comfortable buying electric vehicles instead of diesel- or gas-powered ones.

Q: Virginia law currently places an overall limit of 50 MW on solar projects installed in Dominion territory using third-party power purchase agreements (PPAs), the primary financing mechanism for tax-exempt entities such as universities, schools and churches. The General Assembly tried to pass a bill last session to boost that cap because it’s about to max out. It failed. Why did Dominion oppose it?

A: At the time, enrollment and activity in the pilot was quite low and thus the intended learnings from the pilot were limited. Since then, we’ve seen the enrollment increase. We remain committed to and support the coordinated expansion of small-scale solar. To fulfill this commitment, we will work with stakeholders to develop an approach to responsibly expand the current 50-megawatt cap in a way that is equitable to both participating and non-participating customers.

Q: Solar advocates also want Dominion to lift a 1% cap on net metering because they say it’s arbitrary. Is that being considered?

A: I don’t think we’re the goblin on Halloween on this one. That is a state policy. The idea was: Let’s get going on this and learn so we can adjust the policy appropriately. I don’t know that I’ve read anywhere that the 1% cap will be forever. You set limits when you’re not quite sure what the outcome will be so you can measure the unintended and intended consequences.

Nobody has been told they can’t put rooftop solar on because we haven’t reached that cap yet. In three years, our net metering requests have grown five-fold. Interconnect forms are now paper forms. We’ve implemented a system and are working with the SCC to make them electronic.

Q: The Grid Transformation and Security Act of 2018 and Northam’s most recent executive order have advanced the clean energy conversation in Virginia. But doesn’t the state also need to follow other clean energy leaders by passing a renewable portfolio standard?

A: Recent policy changes are foundational to advancing standards for clean energy. We defer to legislators to make policies. I think our actions are speaking as we are already helping to decarbonize the commonwealth.

Q: Is there anything else that you want to add?

A: I should mention our time-of-usage pilot program which encompasses demand response. Briefly, we set a timeframe for peak periods, so customers know when electricity will be more expensive. That way, they can use power when it’s cheaper and there’s less congestion on the grid. It won’t be the final such program we establish, but a bridge to the next one. We can’t let the search for perfection stop progress. We have to keep evolving.