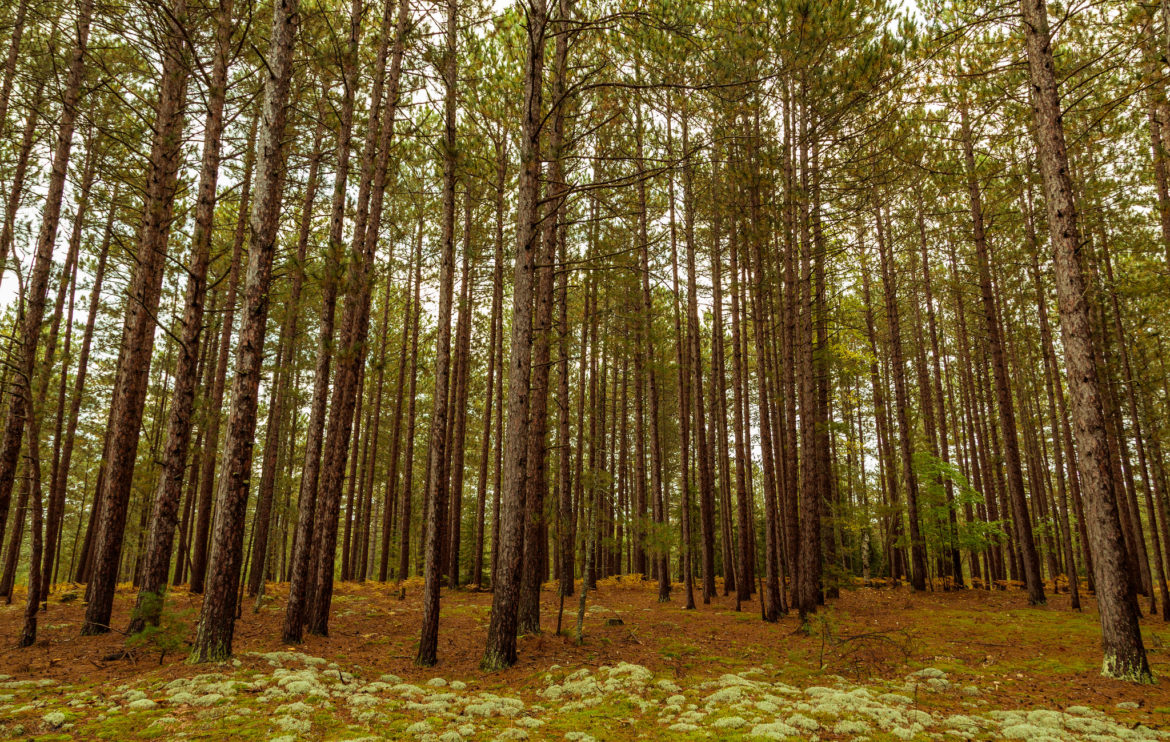 Wood-fired power plants across Michigan’s Lower Peninsula will continue operating through the 2020s, but their life beyond that is uncertain amid declining wind and solar prices.

A September ruling by Michigan regulators created a competitive bidding process for one of the state’s largest utilities, Consumers Energy, that will force biomass producers to compete directly with wind and solar once their contracts expire over the coming decade.

Consumers has argued in recent years that contracts with independent producers under the federal Public Utility Regulatory Policies Act (PURPA) are too expensive. This includes wood-fired power plants as well as small hydropower and waste-to-energy.

Recent cases at the Michigan Public Service Commission involving PURPA largely focused on prices paid to new solar development, which is expected to scale up quickly in Michigan.

While there appears to be opportunity for solar, owners of wood-fired power plants are less optimistic as they compete with declining renewable energy prices. Plant operators say their power is not adequately valued for its diversity and broader economic benefits, particularly for the timber industry.

A 20-megawatt biomass plant in the northeastern Lower Peninsula owned by New York-based Fortistar has scaled back operations and is scheduled to close in 2022.

Other plants have had their PURPA contracts extended through the 2020s with Consumers but at lower rates. Absent policy support that increases the value of power from wood-fired biomass, which supporters say provides baseload power and helps manage forest waste, plant operators say they would likely close as well.

“It’s a wait-and-see,” Gary Melow, director of the trade group Michigan Biomass, said about the industry’s outlook in Michigan.

Changes to PURPA at the federal level “would make it even more difficult” for these independent producers to compete, Melow added.

Wood-fired biomass makes up about 16% of Michigan’s renewable energy portfolio. Supporters say the plants not only support jobs in rural areas but also provide a repository for large quantities of forested waste and scrap tires. (Wood-fired biomass plants in Michigan also produce “tire-derived fuel” through the burning of scrap tires.)

Plants totaling more than 100 megawatts that sell power to Consumers Energy are scattered mostly through the northern Lower Peninsula.

“Our goal is to support a circular economy which makes more efficient use of the raw materials already being processed in our local economy,” said Convergen CEO Ted Hansen.

In recent years, biomass plants have disputed the costs that Consumers argues it should pay them for power. Once contracts sunset, biomass plants will “go back in the barrel” and compete in the utility’s bidding process, Melow said.

“Certainly that’s a concern of ours,” said Jeffrey Strong, plant manager at Cadillac Renewable Energy, a facility owned by Atlantic Power Corp. The plant’s contract with Consumers expires in June 2028.

Michigan biomass plant owners feel their power capacity has not been adequately valued as a renewable resource.

“Getting the same consideration that wind and solar are getting is a top priority for us. Sometimes it appears we’re not being treated fairly,” Strong said. “(Wind and solar) seem to be the Johnny-come-lately, the sweethearts on everyone’s hearts and minds, but when you get down to it, they can’t make 100% availability when it’s needed.”

As part of its long-term energy goal, Consumers plans to build or contract for 6,000 MW of additional solar by 2040. Consumers also has an ownership stake in three plants that burn wood for fuel.

In response to questions, Consumers Energy spokesperson Brian Wheeler said in a statement: “Consumers Energy is committed to a clean energy future for Michigan. That includes working with biomass plants in our state. We look forward to working with these plant owners, policymakers and other community stakeholders to continue providing safe, reliable and affordable energy.”

Brandon Hofmeister, Consumers’ senior vice president of governmental, regulatory and public affairs, said in September that the future of its biomass portfolio will “probably be resolved” in the integrated resource plan the utility files in 2021.

“They’ll be competing with all resources — energy efficiency, demand response and existing resources — we already have on the system,” Hofmeister said. He added, though, that potential carbon regulations or reliability mechanisms set by grid operator MISO could increase biomass’ value.

Viking Energy, which operates two wood-fired biomass plants in Michigan owned by Engie, recently extended a power purchase agreement with Consumers for eight years. The contract’s new avoided cost rate dropped 20%, “but the big thing is we still have a contract with them,” said Neil Taratuta, plant manager at the company’s Lincoln plant.

Questions over Michigan’s woody biomass future mirrors industry challenges across the U.S., where the fuel competes with low natural gas and declining renewable energy prices. In 2017, Xcel Energy moved to buy and close two wood-fired plants in Minnesota that made up half of the state’s biomass portfolio. The industry has also faced economic challenges in California and the Northeast.

“You’ve seen the virtual collapse of the biomass industry there,” Melow said of those other states. “We’re the last hangers-on. Our intention is to stay in the process and ensure our facilities operate going forward.”

“There’s time for lots of things to play out there,” he said. Melow also said a recent statewide energy assessment includes sections about valuing fuel diversity, which could be reflected in utilities’ future integrated resource plans.

“How do you value diversity? I guess the way you value it is monetizing it” to include stabilizing supply or mitigating line loss, he said. “We provide certain value in terms of forest health, mitigating solid waste wood and scrap tires.”

Still, it’s unclear what those incentives would look like, or where they would come from — the state or federal government or the regional grid operator. In the past three years, lawmakers in Maine and New Hampshire approved subsidies or purchasing requirements to keep plants operating.

“I think most of the biomass plants will fade away,” he said. “They may be able to continue to operate but reinvestment won’t be economically feasible. Similar to small hydro power, most of that is likely to fade away.”

Adding to economic concerns is the dispute over biomass’ impact on the environment and overall emissions. One of the state’s leading environmental groups says it has a “complicated relationship with biomass.”

“Biomass, like any form of incineration, is problematic from an air emissions perspective,” said Charlotte Jameson, director of energy policy and legislative affairs at the Michigan Environmental Council. “In particular the fact that many biomass plants burn pieces of tires is concerning. Also particulate matter, which is incredibly harmful to human health, is emitted from biomass facilities.”

However, Jameson said the group prioritizes coal plants, transportation and natural gas for emission reductions to “get the most benefit to human health and the environment.”

Melow countered that biomass plants are regulated for particulate matter and remove up to 95% of it from plants’ exhaust gases. He added that concerns over air pollution from burning tires is “largely unwarranted,” since particulates are removed at biomass plants.

Jameson also said handling wood chips and other waste from the timber industry is a “real conundrum” if plants close. The waste shouldn’t be left in place, but it’s also difficult to compost being located in rural areas, she said.

“I think we need a life cycle analysis of the timber waste mapped to various disposal options and costs so we can determine what would be the least ecologically damaging,” she said. “It could very well turn out that waste to energy incineration is the best option and then it would fall to the state to figure out if it is in the public interest to prop that industry up in the face of changing economics.”

Strong called it a “delicate balance” between the supply and demand of timber byproducts. The impacts of a biomass plant closing can be felt down the timber industry supply chain.

“Our argument has always been: It’s not about the electricity we produce. What’s more important is the waste stream,” he said.

Though most plants recently received crucial contract extensions with a major utility that extend their life for several more years, their ability to compete beyond that is unlikely without policy support.

“We’re looking at seven, eight years down the road,” Melow said. “On the one hand, it’s a significant amount of time that things could happen and change. But it’s not a long time in regards to managing all of the activity and potential outcomes.”

Of potential policy changes that could boost the value of wood-fired power, Strong said: “That would definitely let us know we’re appreciated and needed.”