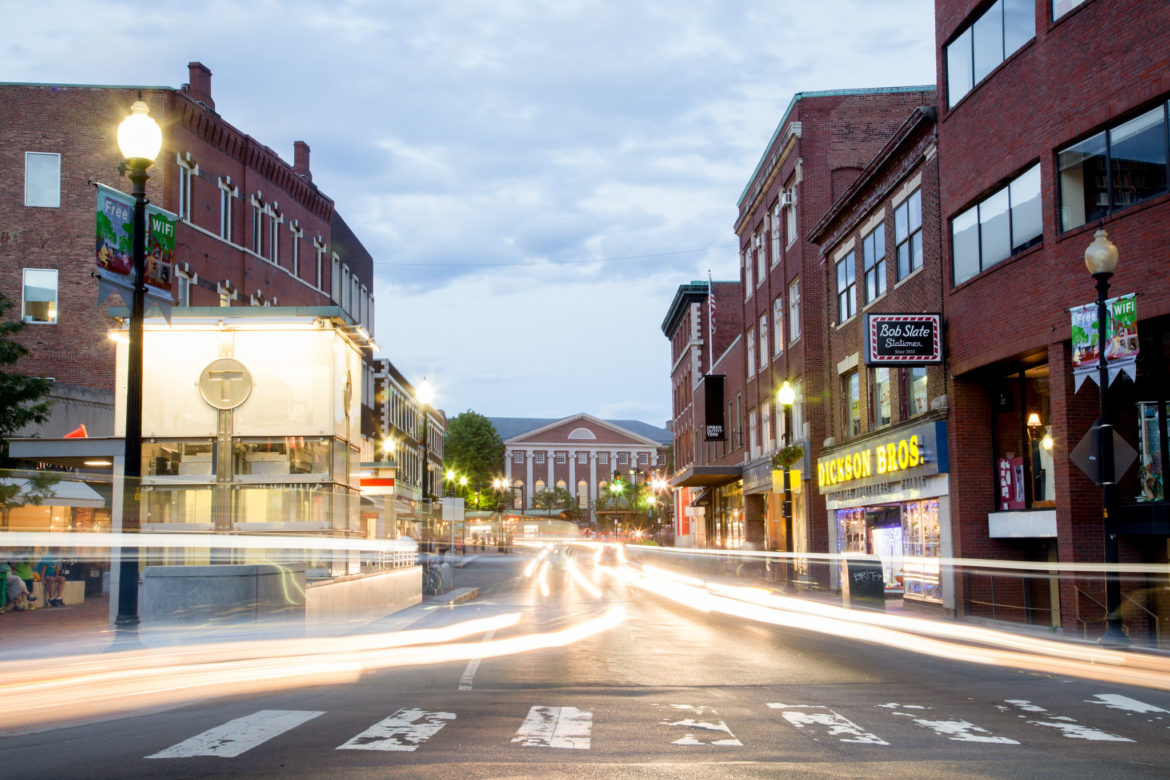 The energy conservation program is a partnership between the Massachusetts city and utility company Eversource.

“We are trying to be a catalyst for clean energy in the region,” said Tilak Subrahmanian, Eversource’s vice president of energy efficiency. “We want to work with customers to really help them optimize their energy use.”

The program is the latest element in Cambridge’s ongoing efforts to drastically reduce its emissions. In 2015, the city adopted a net-zero action plan, a detailed strategy for going carbon neutral by 2050. The plan includes incentives for net-zero construction, requirements for new buildings to include solar-ready rooftops, and the development of a local fund to purchase carbon offsets, among many other measures.

That same year, the city’s Building Energy Use Disclosure Ordinance kicked in, requiring owners of properties 25,000 square feet or larger to make annual reports of their energy and water usage. The goal was to produce transparent data that would nudge building owners and tenants toward making energy-saving changes.

Since the ordinance was implemented, the city has been working with property owners to develop the new, voluntary program to encourage energy-efficiency retrofits. The resulting collaboration between Eversource and the city, announced in late October, aims to make it easier for building owners and tenants to measure their energy use and coordinate the logistical, technical, and financial aspects of reducing their consumption.

The system is what the partners are calling a “concierge” service: Building owners and tenants can call a dedicated number at Eversource and receive assistance collecting and understanding their energy use data, finding opportunities for efficiency, identifying useful technologies and services, and figuring out the best way to finance building retrofits.

“When they call they will be able to access a really targeted experience,” said Susanne Rasmussen, the city’s director of environmental and transportation planning. “They will have one person who is helping guide them through the whole process.”

In large buildings, energy efficiency can be much more complicated than installing tripled-glazed windows or switching to LED light bulbs, particularly in the laboratory facilities and high-tech offices that are so common in Cambridge. Labs, for example, may look into venting fans that turn on only when they sense particulates in the air, rather than running all the time, Subrahmanian said. A building that uses pumped hot water for heating could consider variable speed pumps that use less energy than conventional equipment.

“There is a lot of stuff beyond the traditional,” Subrahmanian said. “There is a whole portfolio of programs.”

There is no charge for the guidance Eversource offers. The program is paid for by energy efficiency program funds which come from a surcharge on utility customers’ bills, revenues from the forward capacity market, and the state’s share of Regional Greenhouse Gas Initiative proceeds. Customers will pay for the measures they implement, but state rebate and incentive programs will cut the costs significantly.

The property owners included in the initiative have reacted positively to the program, Subrahmanian said. Though there is often a misconception that so-called “green” measures are too pricey, commercial real estate companies and other building owners understand the potential for costs savings offered by energy efficiency.

“It’s the nexus of economic sustainability and environmental sustainability,” Subrahmanian said. “One without the other doesn’t work.”

The energy use ordinance — and therefore the new retrofit program — applies to just 6% of the city’s buildings. But this small slice makes up about 55% of the square footage in the city and is responsible for nearly 775 million tons of carbon dioxide emissions, the equivalent of the annual output of 168 million cars.

Large buildings are responsible for more than half the city’s total emissions, according to municipal estimates. Office buildings, colleges and universities, and laboratories are the three types of properties with the highest emissions.

“This program is really helping those building owners navigate what they’re seeing in the data and take advantage of it,” she said. “It will help building owners go further in their energy efficiency retrofits.”

In addition to reducing greenhouse gas emissions, the program could have other advantages, particularly for Cambridge renters. Energy efficient apartments, Caputo noted, have less indoor air pollution and are easier to heat and cool affordably, reducing the risks that come with extreme cold or hot weather.

Some of the costs of energy efficiency retrofitting could be passed on to tenants, she said, though any price increases should be modest and largely offset by energy savings.

Even as the voluntary retrofit program gets going, the city is putting the final touch on proposed regulations that would require building owners to reduce their emissions. The draft rules will be introduced to the city council within a few months, Rasmussen said. The move would make it one of the first cities — along with New York City, Washington, D.C., and Boston — to mandate improved energy efficiency.

These new requirements are necessary to further accelerate the progress toward more energy-efficient buildings, Rasmussen said.

“Some progress has been made in some sectors, but it has been very limited,” she said. “It is appropriate to put in place requirements for improvement.”