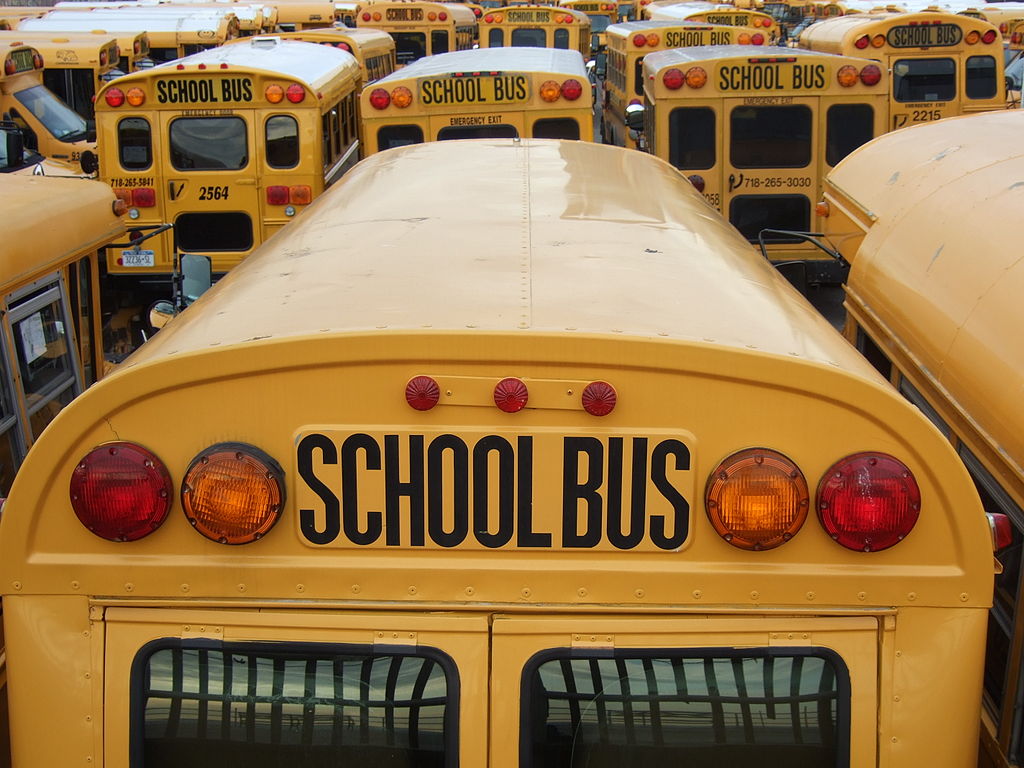 Electric school buses are coming to the Green Mountain State.

In early October, the application process closed for a two-year pilot program to demonstrate the feasibility of electric buses on Vermont’s rural roads.

The program aims to demonstrate the viability of the technology as a reliable and cost-effective option for school districts and transit agencies.

It’s funded by Vermont’s $18.7 million share of the Volkswagen Settlement Mitigation Trust, a $2.7 billion national fund set up as part of the resolution of the carmaker’s diesel emissions violations of the Clean Air Act.

“The pilot will help us determine where we can successfully deploy electric buses in Vermont,” said Emily Boedecker, commissioner of Vermont’s Department of Environmental Conservation, which is overseeing the program. The agency will select two school districts and one transit group from the pool of applicants to be “project partners” and will help finance the purchase of two new buses for each partner.

“There needs to be outside sources of revenue to support school districts to purchase the technology, whether that’s Volkswagen settlement funds or utility programs,” said Jennifer Wallace-Brodeur, director of transportation efficiency at the Vermont Energy Investment Corporation (VEIC), the consulting group selected by the Department of Environmental Conservation to administer the program.

“Schools are challenged with their budgets,” she said. “It’s hard to make the case to purchase an electric bus when teachers aren’t getting paid enough. But as people become more aware of the technology, community members are saying, ‘We want you to invest in this technology.’”

Proving the case for making that steep investment in e-buses — both for individual schools and more broadly at the statewide level — is a core goal of the pilot.

VEIC has consulted on the design and evaluation of electric bus pilots in other states and was part of a team recently selected by the Department of Energy to advance an electric bus project in the mid-Atlantic region. VEIC managed a pilot program from 2015 to 2018 in three school districts in Massachusetts. One of the key lessons: while the technology significantly reduced emissions of greenhouse gases and health-damaging pollutants, managing the charging and maintenance of the buses posed tough logistical challenges for schools.

“There needs to be some support to help school districts adopt the technology,” Wallace-Brodeur said. “They are not fleet managers. That’s not their mission.”

That’s where VEIC comes in. It will provide technical assistance to school facilities managers, bus drivers and maintenance staff to set up the charging infrastructure and troubleshoot as needed.

The organization also plans to document savings in fuel and maintenance costs and track reductions in emissions of particulate matter, nitrogen oxides, greenhouse gases and other air pollutants compared to diesel buses.

There’s also a cost-sharing requirement that they contribute the equivalent cost of a replacement diesel. The VW settlement funds will cover the incremental costs of the electric bus, charging infrastructure and installation costs. For rural school districts grappling with tightening budgets, scrapping a working diesel bus represents a significant commitment.

“We’re asking school districts to give up a bus to get this electric bus,” Boedecker said. “That’s a pretty big ask and I’m delighted with the applications that are coming in.”

Applications were also screened for other considerations, such as feasibility of installing charging infrastructure, parking and proximity to power.

“It’s a pilot so there will be issues that come up,” Boedecker said. “But if you have parents, students, teachers, bus drivers who are excited, when a problem arises they will lean in and figure it out.”

School buses constitute the largest public fleet of vehicles in the country. About 95% of those 480,000 buses are diesel-powered. Advocacy groups like Moms Clean Air Force and the U.S. Public Interest Research Group argue that swapping out diesel buses for new electric models could improve children’s health, citing the many health risks of exposure to diesel exhaust, which is classified as a carcinogen by the World Health Organization.

In 2018, the Department of Environmental Conservation solicited public input on how to spend Vermont’s $18.7 million share of the Volkswagen fund. Comments submitted during that period and the two-stage application process revealed wide interest in the cost savings and potential educational benefits for students.

“We had some really good qualified school districts, just under 10 that came in with applications,” Boedecker said. “They represent a really nice mix of different environments within Vermont.”

The department hopes to announce recipients of the $1.9 million in funding by the end of this year. Whether electric buses could be quietly ferrying students on Vermont’s roads by the start of school in 2020 depends on manufacturers’ production and delivery timetables — which depend in turn on wider demand for electric buses.

Vermont’s effort comes as more and more states and even some major electric utilities are financing electric school bus programs. Several other states, including Michigan, Ohio, Minnesota and New York, have also set aside settlement funds expressly for electric school bus programs. The California Energy Commission recently set aside $70 million to fund the replacement of over 200 diesel school buses with electric models in 26 different California counties.

That investment in California is helping manufacturers build their base of revenue and customers and will be essential to growing the wider market and driving costs down, according to Wallace-Brodeur. “BlueBird and all the major school bus manufacturers are now getting into the game and getting active pushing the technology,” she said.

Even if the Vermont pilot is successful and helps schools figure out how to manage the technical transition to e-buses, it won’t solve the fundamental barrier to electrifying school transit: financing. Volkswagen funds will run out, and schools alone can’t foot the bill. But there may be new, creative solutions to that problem on the horizon.

Just last month, Dominion Energy announced it would fund the deployment of 1,000 electric school buses in Virginia by 2025. In White Plains, New York, Consolidated Edison has partnered with a local school district to finance five electric buses. The utility will benefit from using the buses’ batteries to store power from the grid, and draw it down when demand is high.

This “vehicle-to-grid” V2G partnership model could demonstrate a new way to subsidize the purchase of electric school buses at a wider scale.

School buses sit idle in the summer. That’s when solar generation is highest, and peak afternoon demand for electricity is highest, too. By parking their school buses all through the summer, soaking up excess solar production, and providing valuable storage to help the grid manage those peaks, school districts could be paid by utilities to subsidize the cost of the buses. If all of the school buses in the U.S. were replaced with electric models, they could store an amount of electricity equivalent to the daily use of 850,00 households.

In the meantime, the potential benefits of e-buses have led more school and community leaders and policymakers to seek out VEIC’s expertise on the subject.

“We are definitely getting more calls from people looking for basic information and wanting to pick our brains,” Wallace-Brodeur said. “Electric buses have definitely captured the imagination of a lot of people in Vermont. People are excited about getting kids on these buses, and exposing students to new technologies and learning opportunities.”